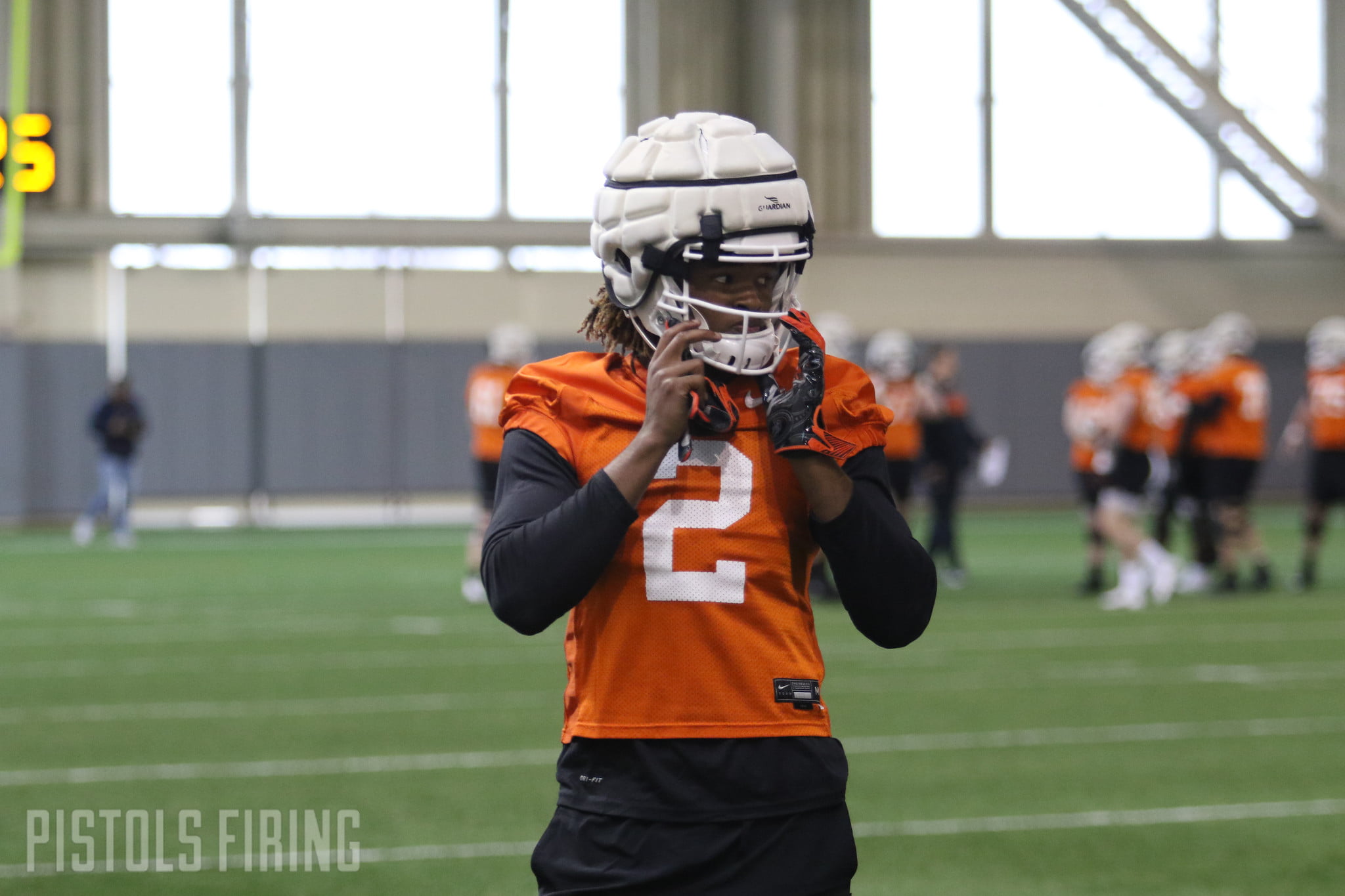 There’s a lot of star power and even more depth missing from the OSU football team that last season made it to the Big 12 title game and won 12 games, which means first-year players in the program — or newcomers regardless of classification (i.e. transfers) — will have ample opportunity to seize upon open playing time this upcoming season.

Vets in the program will have their chances too of course, but there will be plenty of fresh faces undoubtedly working their way into the rotation at several positions just given natural roster turnover. So here are five newbies to watch next season as potential early contributors.

1. Talyn Shettron, WR: Shettron is the ninth-highest ranked signee in program history for OSU. The four-star, 6-foot-4 receiver from Edmond Santa Fe should immediately factor in as someone on the depth chart early, even if he’s not a Day 1 starter. Great size, amazing ability and a real chance to earn reps with the loss of WR1 Tay Martin on the outside. It’s hard to have too high of expectations for a true freshman at this position, but it’s also pretty darn hard not to be thrilled about Shettron’s potential. OSU folks are already buzzing about his ability to keep the Cowboys sparkling reputation as WRU alive and thriving.

2. Ollie Gordon, RB: This may be out of necessity — OSU lost Jaylen Warren, LD Brown and Dezmon Jackson and does not have much experience at running back — but it may also be because Gordon is just … good. Not many true freshmen RBs are 6-1 and 210-plus, but he is and absolutely looks the part physically of someone who could make a difference early on.

3. Xavier Benson, LB: It’s going to be impossible very, very hard to replace the star power at linebacker left behind by Malcolm Rodriguez and Devin Harper — who were taken in the NFL draft by the Lions and Cowboys, respectively — but Benson’s arrival should at least nerf the pain for the Pokes. A former Texas Tech starter, OSU nabbed Benson from the junior college ranks — and he’s likely to be a starter sooner than later in a revamped defensive unit.

4. Tyrone Webber, OL: After hitting a bit of a wall at the start of spring camp, OSU coach Mike Gundy said that Webber made good strides toward the end of camp. At 6-foot-3, 285 pounds, Webber is on the lighter side of offensive linemen on OSU’s roster, but versatility could help him get on the field. Mostly thought of as a tackle, Gundy said Webbers’ agility and strength could see him play anywhere along the offensive front if need be.

5. Jason Brooks, OL: OSU lost two key interior offensive linemen from last year’s roster in guard Josh Sills and center Danny Godlevske, and the opportunity to seize upon a spot on the front line is absolutely there. Brooks, a Vandy transfer, could eventually earn a spot on the interior where there appears to be some open playing time. He played in five games last season for Vanderbilt and made one start, so he’s not a lock for the starting lineup. But I like his chances, especially after spring football revealed so much lack of depth along the front line that OSU could not successfully and safely play a spring game.