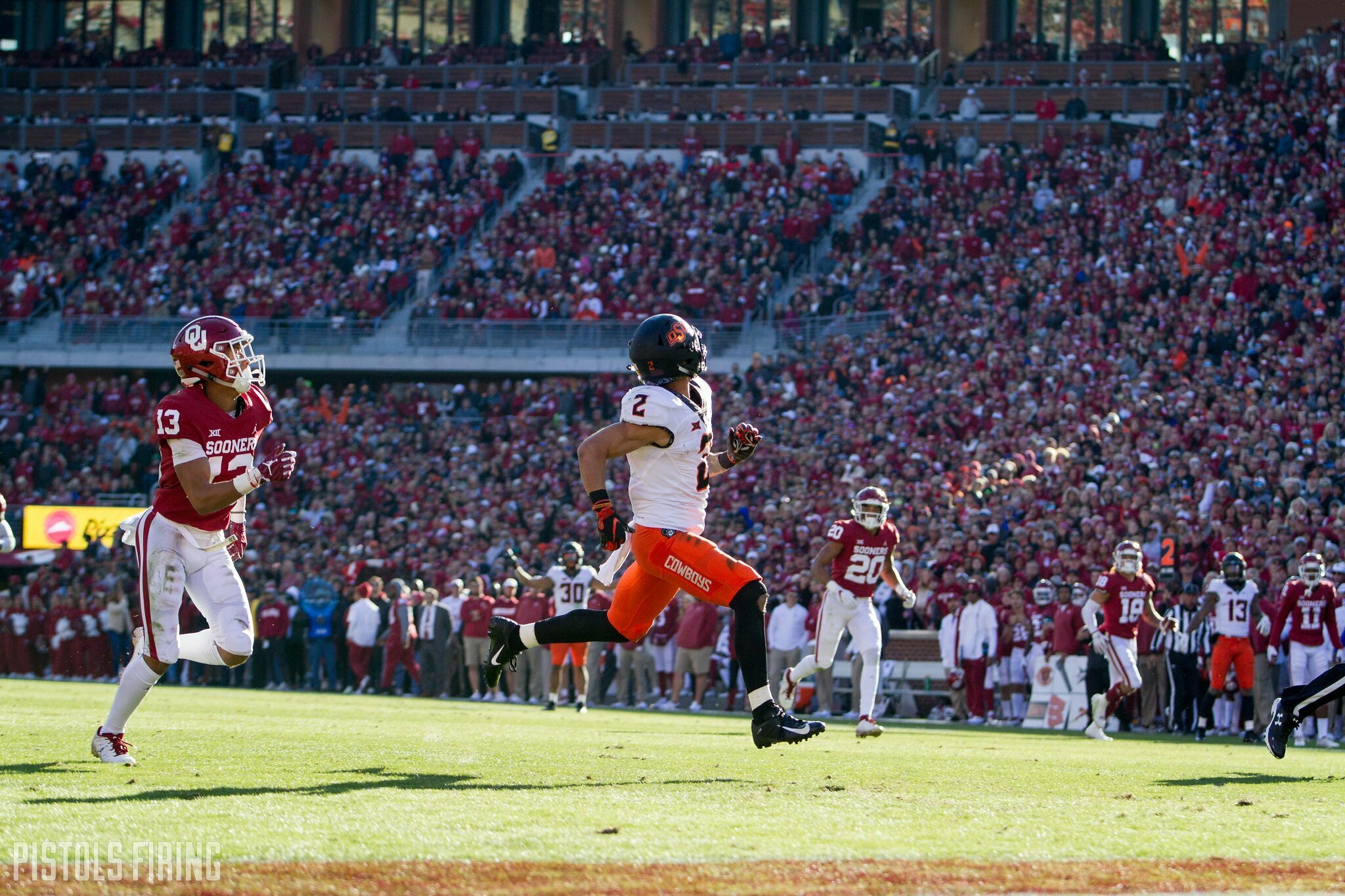 As taxing as they can be on the ego and psyche, we get up for Bedlam games because of their potential payoff. One play can make the difference in an entire season. A effect of single punt return can last for years.

To up the ante, more times than not over the past decade these games bring with them serious Big 12 title implications. This is one of those years.

So in an attempt to satisfy your excitement and, hopefully, calm your pre-Bedlam jitters, here are five things to know about this year’s edition of the in-state rivalry.

1. Not a great GameDay record. ESPN’s College GameDay will be in Norman for another rendition of Bedlam, but Herbie hasn’t necessarily been a good luck charm for the Cowboys. OSU is 1-7 all-time in GameDay games.

The outfit has been on-site for six past Bedlam games, and the Cowboys have yet to come out on top. Strangely enough, only the first one was in Norman when Les Miles’ 2003 team got its comeuppance to the tune of a 52-9 rout.

Of course that means that Mike Gundy is undefeated against OU in Norman … in games that included ESPN’s GameDay crew. Let’s stay weird, 2020.

2. OSU better win the turnover battle. Obviously, this is the goal every week, but it merits mention because turnovers have been such a stumbling block for both teams this season.

Giveaways have also played a big role in plenty of recent Bedlams. OSU has come up short in the TO battle in four of the last five matchups with OU. What Gundy wouldn’t give for one more possession in 2017 or 2018.

3. The Cowboys defense is doing its job. This may be the biggest test Jim Knowles’ group faces all year, but there’s reason for optimism. The Cowboys have held their last 10 Big 12 opponents below their season average.

They’ll likely need to continue that streak this weekend. The Sooners are averaging 46.1 points per game so far in 2020. The only time the Cowboys offense has topped that number was against Kansas when it scored 47.

4. This is Mike Gundy’s 200th career game. As much eyerolling and handwringing as Gundy’s record against OU elicits (some of it is definitely warranted), we need to take a minute to appreciate how consistently good his teams have been going on 16 years.

Even if it would be just his third against the Sooners, a win on Saturday makes No. 135 overall for Gundy. That’s an accomplishment for any head coach in a career, but it’s rare thing to do at one school. Only 30 FBS coaches have ever done it.

5. A win would give OSU a stranglehold on the Big 12. At 4-1, Oklahoma State is currently No. 2 in the league, tied in the loss column with No. 1 Iowa State — who the Cowboys own the tie-breaker over. No win is guaranteed, but OSU’s last three opponents are currently a combined 7-14.

So a win against the Sooners sets the Cowboys up nicely for a trip to Arlington. With a loss, the Cowboys still have a path to Jerry World but getting there becomes a lot more complicated.