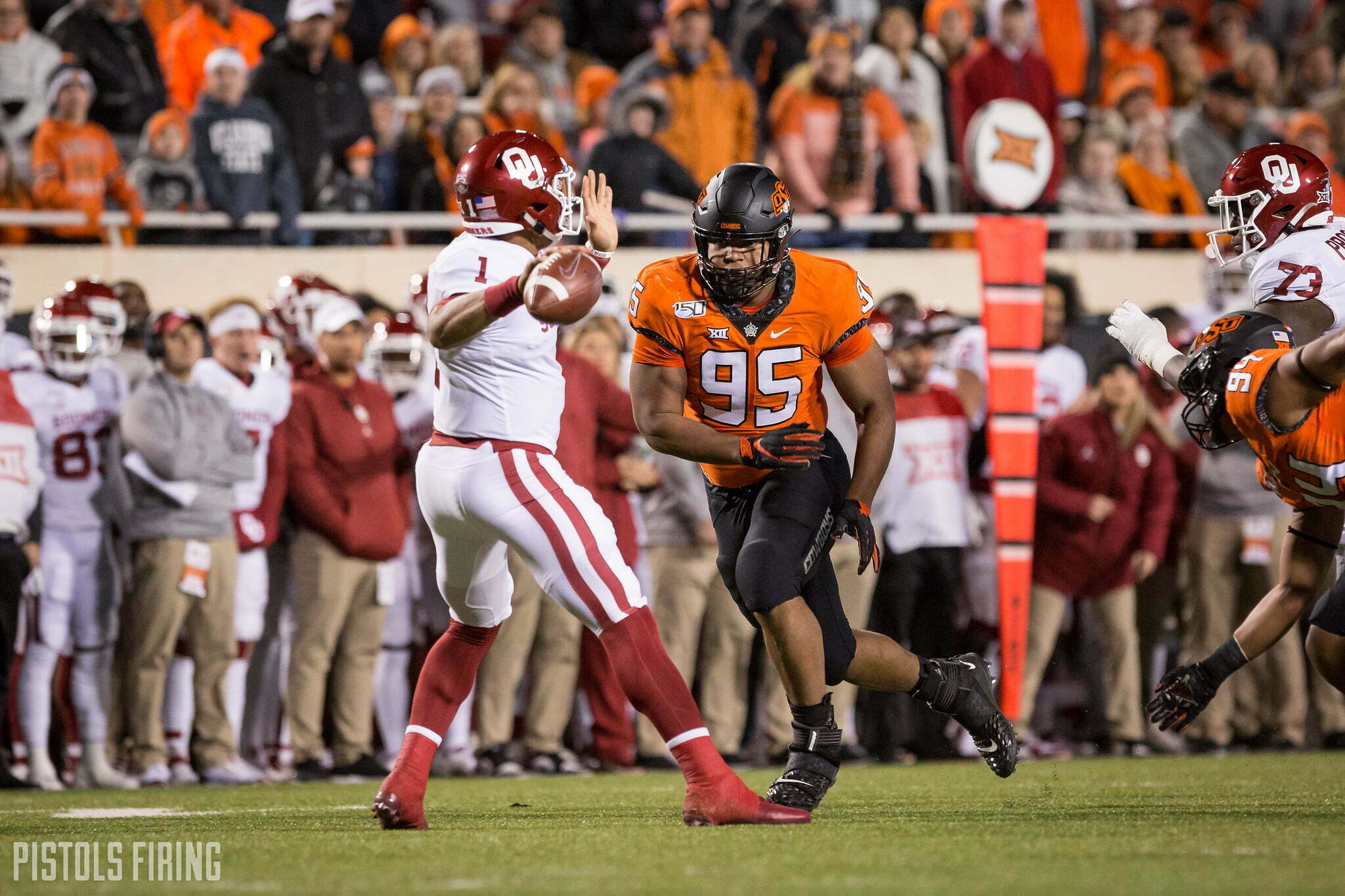 There are myriad talking points for both Bedlam coaching staffs heading into this weekend. But based on the strengths (and shortcomings) of both starting quarterbacks, getting after those passers — and protecting your own — has to be at the top of both whiteboards.

Both offenses boast a dynamic, young QB named Spencer. Each has wowed with his ability to attack defenses through the air and on the turf. But both have also showed that the propensity to commit troubling turnovers, especially when under pressure.

Spencer Sanders just turned in his first clean game since returning from injury in the Cowboys’ win over Kansas State. Before that Sanders had five total turnovers against Iowa State and Texas, with his three giveaways being a big part of OSU’s only blemish — that loss to the Longhorns.

After a string of irksome interceptions early, Spencer Rattler has been more stingy with the ball over the last month. His interception two weeks ago against Kansas was his first in three games. A huge reason for that turnaround? His offensive line has been able to keep him clean.

Over the first three games of conference play, Rattler threw five interceptions. Not coincidentally, the Sooners struggled to a 1-2 start and almost started 0-3 after coughing up another late lead to Texas. In those three games, Rattler was sacked seven times.

Since then the Sooners’ O-line has done a better job of protecting its freshman starter (just two sacks in three games), but that was against the Big 12’s No. 6, 9 and 10 teams in terms of sacks per game.

Now each offensive line will face the best pass rush either has on its 2020 schedule.

Oklahoma and Oklahoma State come into this rendition of Bedlam as the Big 12’s first and second sack leaders, respectively. In seven games, the Sooners have recorded 26 sacks (3.71 average) while the Cowboys have gotten to opposing QBs 22 times in six (3.67 average). That’s also good for 7th and T-14th nationally.

So it’s not a stretch to say that whichever team does a better job of getting after the other Spencer — and keeping theirs upright — will hold a huge advantage in this game.

“It’s a challenge for us. This will be their biggest test,” said Mike Gundy on Monday. “The guys up front for them, now that they’ve got some of those guys back, they’re competitive. They can rush the quarterback, and they’ve been good against the run.

“So, offensively we have to have a really good strategy. We have to be patient in the way that we want to attack and reduce turnovers and be as consistent as possible up front with our blocking schemes.”

A beat-up OSU defense mustered just once sack against Kansas State, a low since the Cowboys’ season opener against Tulsa. The hope is that with the off week, Jim Knowles’ group will be closer to full strength.

We’ve seen plenty of these games come down to a mistake here or a fluky play there. The best way to keep your quarterback from going down in Bedlam lore for the wrong reason, is to keep him clean. And that won’t be easy for either team.