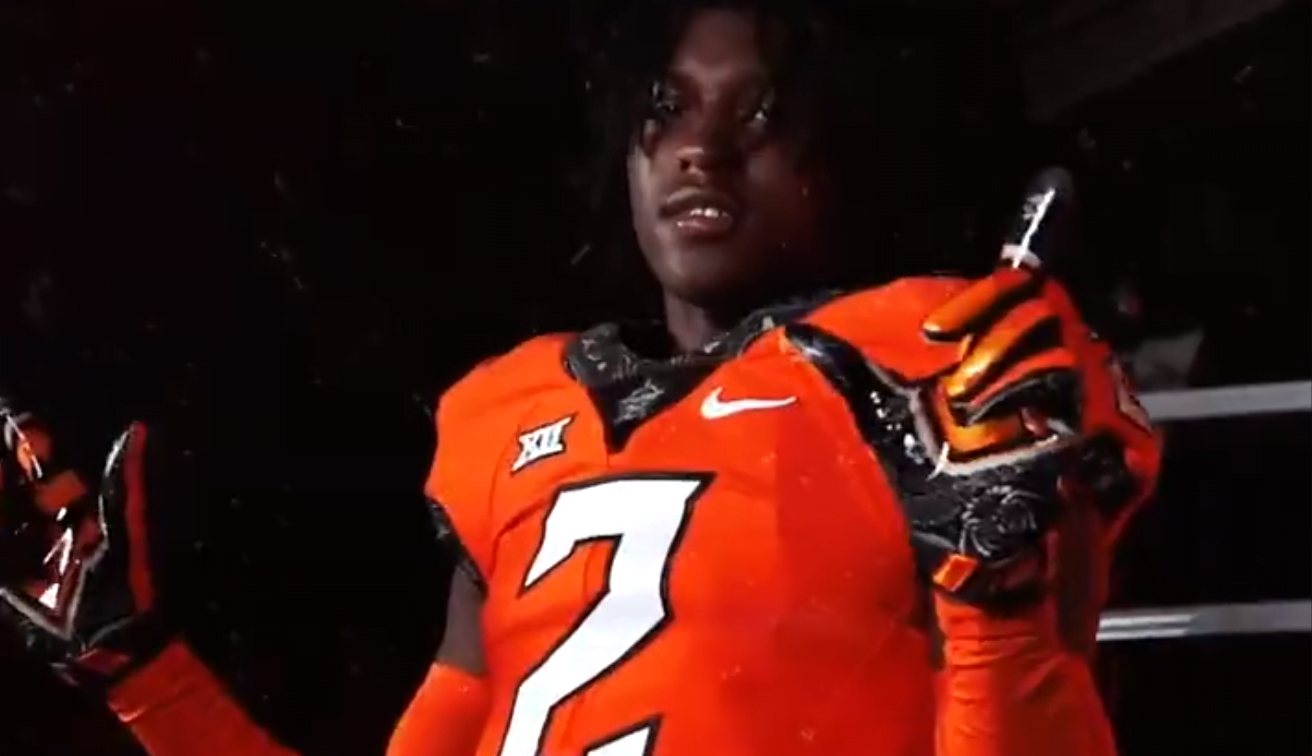 Photo via Dylan Smith/Twitter from his April OV to OSU.

Oklahoma State football added a member to its family — somewhat literally — on Monday as three-star cornerback Dylan Smith from Braswell, Texas, announced on social media his commitment to the Cowboys program.

Smith, a 2023 recruit, is the younger brother of current Cowboys cornerback Cam Smith, who committed to OSU as part of its 2021 class. Cam redshirted last season and appeared in two games.

In his commitment announcement Monday, Dylan shouted out older brother Cam as an inspiration for him and his development as an athlete as well as his family.

“I want to give all glory and thanks to God for allowing my dreams to come true,” he said. “… And to my two older brothers: thank you for being great role models to look up to and setting the example for me.”

OSU made it a point to prioritize Dylan early in his recruitment process by becoming the first Division I school to offer him a scholarship in September. Nebraska, Stanford, Arkansas, Houston and others shortly followed suit, but the familial connection and trust always gave OSU the inside track to secure his commitment — and an official visit to Stillwater earlier this spring may have unofficially sealed the deal.

Dylan’s verbal commitment makes him the highest-rated current pledge in OSU’s 2023 commitment class. He is the eight recruit to pick the Pokes in the cycle but the first projected to play corner at the next level.