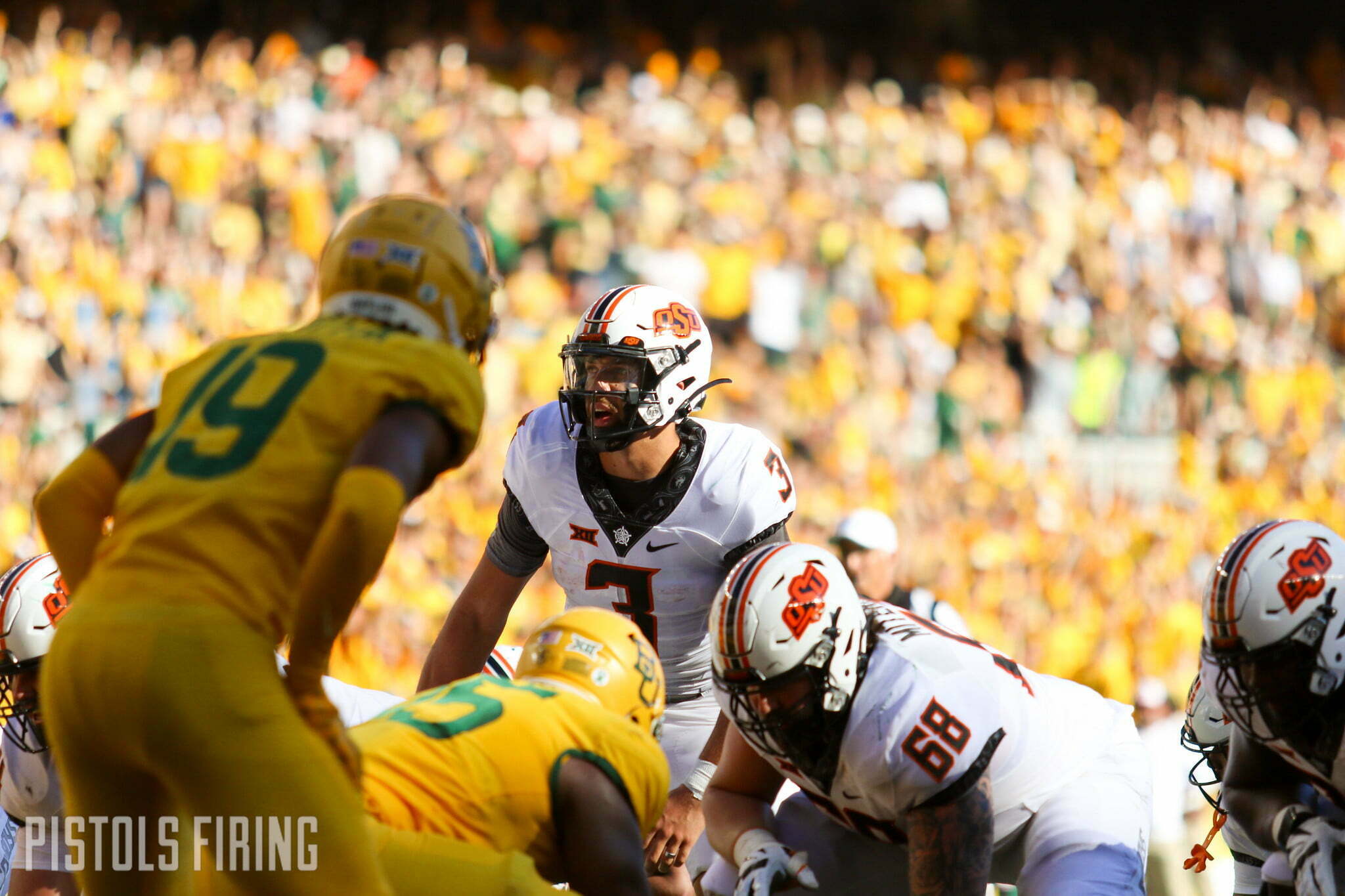 Spencer Sanders is a dynamic, playmaking quarterback having the best season of his career. He’s leading the Big 12 in total offense, he’s got his team to 4-0 and he’s now tied for second all-time in wins at Oklahoma State. And, if he wants to, he can play another (sixth) year in 2023 because of COVID.

Any coach in the country would be happy to have him, but Mike Gundy is aware of the national perception of his gunslinger.

“I think he is underappreciated for what he’s done,” said Gundy on Monday. “And the reason why is because he’s gone through different times in his career. One time we were out of offensive linemen — no fun for a quarterback. Last year, we didn’t have any receivers left. He was out there playing with freshmen. And he just keeps playing. And he just keeps finding a way to win games.

It would be hard to argue with Gundy on any of that. Sanders just exorcised his Baylor demons while simultaneously clearing the Cowboys’ biggest supposed hurdle in the first half of their season, all while the rest of the Big 12’s traditional powers tumble around him.

Concerning the dearth of linemen and receivers at different times in his career, those may all be valid qualifiers (they are), but that’s also just a fancy word for an excuse. Sanders would say so himself. When there’s praise to go around he deflects it to his teammates. When there’s blame to be taken, he funnels it onto himself.

When Mason Rudolph took the reins, the Cowboys could barely field five offensive linemen and the running game was so gaunt that OSU had to play Tyreek Hill at running back. Then in Year 2, they still had to supplant his goal-line plays with a running QB in J.W. Walsh. That would have not been necessary with Sanders, maybe the most physically gifted quarterback ever at OSU, certainly during Gundy’s tenure.

The detractors can also point to the interception numbers. He had seven total in two games against Baylor last season and another last weekend (though he did follow it up directly with a 49-yard strike to set up a touchdown).

But Gundy is talking about that Spencer Sanders of 2022. A big-time playmaker that’s grown into a big-time leader. He can still try to do too much, at times, and he’s not immune to another multiple-pick outing. He’ll probably have one this season. But the mix of ability, competitive spirit and now experience sets up Sanders to make a run as one of the best ever at OSU.

That win against Baylor was the 28th victory of his career as a starter, tying his head coach and leaving him four wins shy of Rudolph’s OSU record of 32. At this rate, Sanders could be the Cowboys’ winningest QB by this time next month.

A quarterback’s legacy is not something that can accurately be assessed while he’s still playing, but it’s become apparent that Sanders will go up there with the greats that include Weeden, Rudolph, Fields and Gundy. And the best part is that this iteration of Sanders is just getting started.