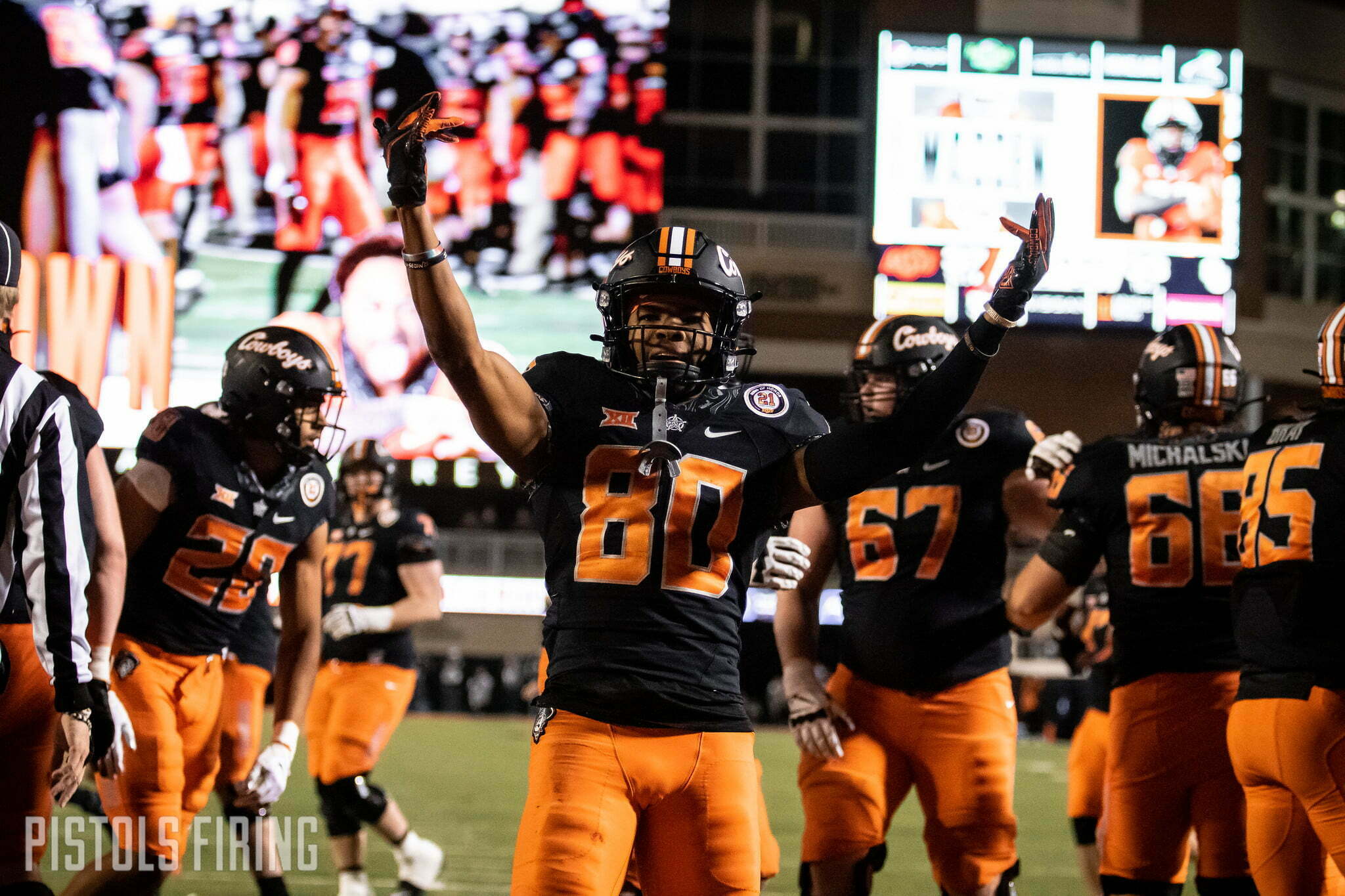 The Cowboys head south this weekend for their yearly (for now) game against the Sooners. If Oklahoma remains in the Big 12 until its scheduled SEC move in 2025, this will be OSU’s penultimate trip to Norman for the foreseeable future.

Since it is Bedlam week, let’s take a look back on some of the most memorable and impactful plays to take place in the expiring rivalry during Mike Gundy’s tenure. Instead of ranking them by favorites, let’s just look at my personal five favorites in chronological order.

In terms of pure athleticism and What the heck just happened?!, this one may be the most impressive play in Bedlam history. Bedlam legend and Sooner whipping boy Landry Jones was attempting to throw the ball out of bounds. Instead, he got the tip drill treatment from Brodrick Brown and then Shaun Lewis had the wherewithal to collect the ball and head back upfield. An underrated part of this play was Ryan Broyles getting ear-holed as he was trying to comprehend the physics of what just happened.

The Cowboys ultimately fell short 47-41, but this play was as memorable as they come. OSU would get the better of Jones and Co. a year later.

Not to pile on to Landry Jones too much, but I had to include this play as one of my all-time favorites. The Cowboys earned a comfortable win 44-10 over the Sooners on the way to their Big 12 Championship. But you’ll never convince me this wasn’t one of the blows that broke the Sooners’ back. And you’ll never convince me the big fella didn’t score.

Though Blatnik spends most of his time bulking up himself and the Cowboys, the big guy had some speed back in his playing days.

Oh, what the heck. Let’s throw in one last Landry Jones foible as a bonus.

The last time Oklahoma State earned a victory in Norman, the Cowboys were big underdogs, riding a five-game skid and looking just to get bowl-eligible (much like this year’s Sooner squad).

True freshman Mason Rudolph helped captain the Pokes back from a 14-point fourth-quarter deficit to pull within a score. A running-into-the-kicker penalty (not like the one called against Iowa State last week), gave Bob Stoops the option to rekick or set the Cowboys up with a long field, 61 seconds and no timeouts. In this instance Bob big-gamed himself.

The Sooners rekicked it, which gave Tyreek Hill the opportunity to do what he does best. With the way things were going in Stillwater before that win, and the trajectory that followed for OSU, it would be hard to not call this the second-most important special teams play in OSU history.

The Cowboys and Sooners had traded touchdowns to this point in the game but the Cowboys needed a shot in the arm, and they got just that from Presley.

It was just one of many momentum swings that made this an all-time Bedlam, but it was a huge moment for Presley and helped etch his name into Bedlam lore.

This instant classic was the cherry on top of an impressive rookie season by Oliver. He went on to win Big 12 Defensive Freshman of the Year and be named a Freshman All-American, but you won’t convince many OSU fans that this wasn’t his crowning achievement in 2021.