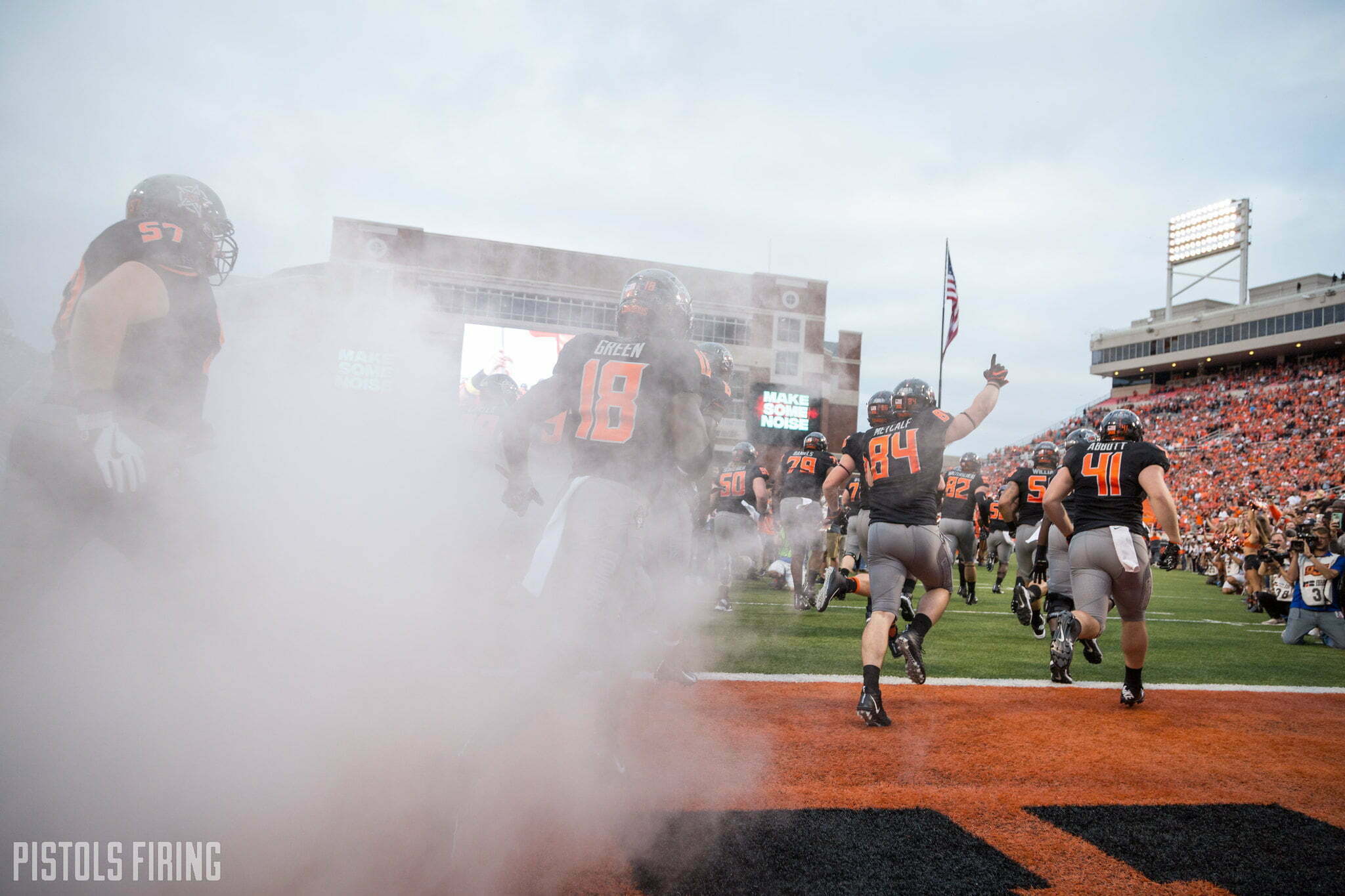 A non-conference series that just makes too much sense has been extended.

The schools took to Twitter to make the announcement.

He’s not quite as charismatic as the Oregon Duck, but I’m in.

So going back to the other home-and-home we booked a few months ago, that’s now four matchups between us from 2024-33, correct?

Those are the particulars for what amounts to a four-game home-and-home series spanning a decade. The meetings in 2024 and 2027 had already been announced.

When the Cowboys and Razorbacks kick off in 2024 it will have been 44 years since the former Southwest Conference rivals hooked horns, or tusks.

From 1950 to 1980, the two schools played every year except two. Oklahoma State has found itself on the losing side more times than not against Arkansas and will enter 2024 15-30-1 against the Razorbacks. The Cowboys lost the last five meetings from 1976 to 1980. But that’s ancient history in college football terms.

Like I said, this series makes so much sense that you wonder why it’s been on hold since 1980. Fayetteville is closer to Stillwater than every other Big 12 road destination except Norman and you’re beefing up your noncon slate by adding a Power 5 opponent from the SEC. And let’s not forget about the extended recruiting footprint into a state in which the Cowboys have already had success finding talent.