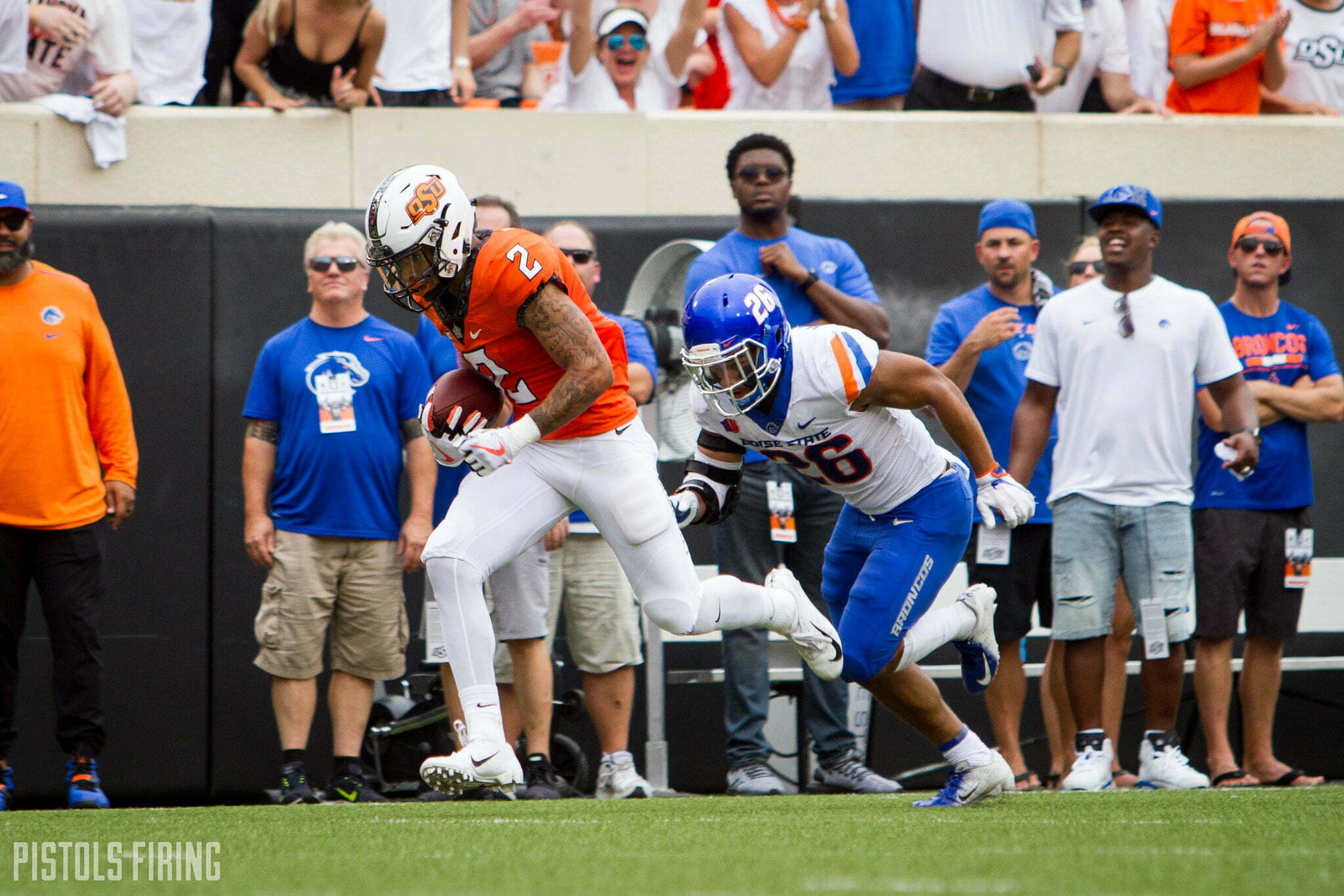 I read a great article recently about college football scheduling. What you should and shouldn’t do. What you can and can’t do. Much of it was tongue in cheek, but it got me thinking about Oklahoma State and how it schedules.

Here’s the overall point (which is actually not tongue in cheek).

The trick to non-conference scheduling is knowing where you stand in the pecking order and having a clear sense of your goals. Whether it makes sense for you to schedule strong or weak opponents varies wildly, depending on your answers. You’ll also need to frequently reassess your program to see how you should adjust your ambition level. [Banner Society]

The article breaks schedulers (schools) into tiers based on the way they go about things. At first I thought OSU was a Tier 2a team. This is how those teams were defined.

Tier 2a: Avoid danger, you idiots

If you’re here, you are a Power 5 school that’s consistently good, and sometimes great, but not an unquestioned titan.

It’s possible to move between any of these tiers, including Tier 1 and Tier 2. Oregon, LSU, and Florida are often in Tier 2 but sometimes in Tier 1. Clemson and Georgia are capable of lingering in Tier 2 for decades and then jumping. Some schools are in Tier 2 perpetually, because of their natural propensity for volatility. (We’re talking about Auburn.)

Tier 2a ADs, you can possibly snag a Playoff spot, but not if you add unnecessary hurdles to your schedule. Think 2015 Stanford losing its opener on the road to a good-at-the-time Northwestern, 2016 Penn State winding up #5 thanks to upset god Pitt, or the 2019 Ducks winning the Pac-12 but not sniffing the Playoff because Auburn helped make them a two-loss outsider.

In most of these cases, all the Tier 2a school needed to make the Playoff was a non-loss against whoever.

Yes, without any decent Power 5 team on your non-conference slate, people are gonna call your schedule soft and claim you don’t actually belong in the Playoff, but those people are not the ones deciding who gets a spot, nor are they handing out the checks that come with a Playoff appearance.

However, I think after looking at it a bit more, OSU is actually a Tier 3a team.

Tier 3a: Be interesting, but don’t overdo it

Here we find schools that typically make bowl games, occasionally make their conference championship game, and wander in and out of the top 25.

Loading up on cupcakes exclusively isn’t the best strategy here; you’re still only going 8-4 or 9-3, but you’ve reduced your chances to get a noteworthy win and watered down your home schedule, hurting attendance.

Should you call LSU or Oklahoma? No! But you should embrace intriguing games with teams near your level. Go find the teams that are usually finishing around fourth in their divisions. Now you are Mack Brown, Conqueror of South Carolina!

This is how OSU schedules. Oregon State, Boise State, Tulsa, Arizona State, Arkansas, Oregon, Nebraska. Combined record in 2019: 48-41. This is almost the definition of being interesting but not overdoing it.

Again, it all goes back to your goals. Based on where OSU is at and where the Big 12 is at in 2020, I think a team like OSU (also Baylor, TCU, Kansas State etc.) has to win them all to get in. That’s 14-0. So in no world — if your goal is to make the CFP — should you schedule a Florida or an Ohio State or a Clemson or an LSU. Ever.

Obviously goals change over time and programs do too, but I think we’ve underrated the job OSU has done with its schedule over the past few years and into the future. Would I like to see more big-time FSU tilts in Jerryworld? Sure, but the allure of the CFP means you should be interesting, but don’t overdo it. Just like OSU is doing.