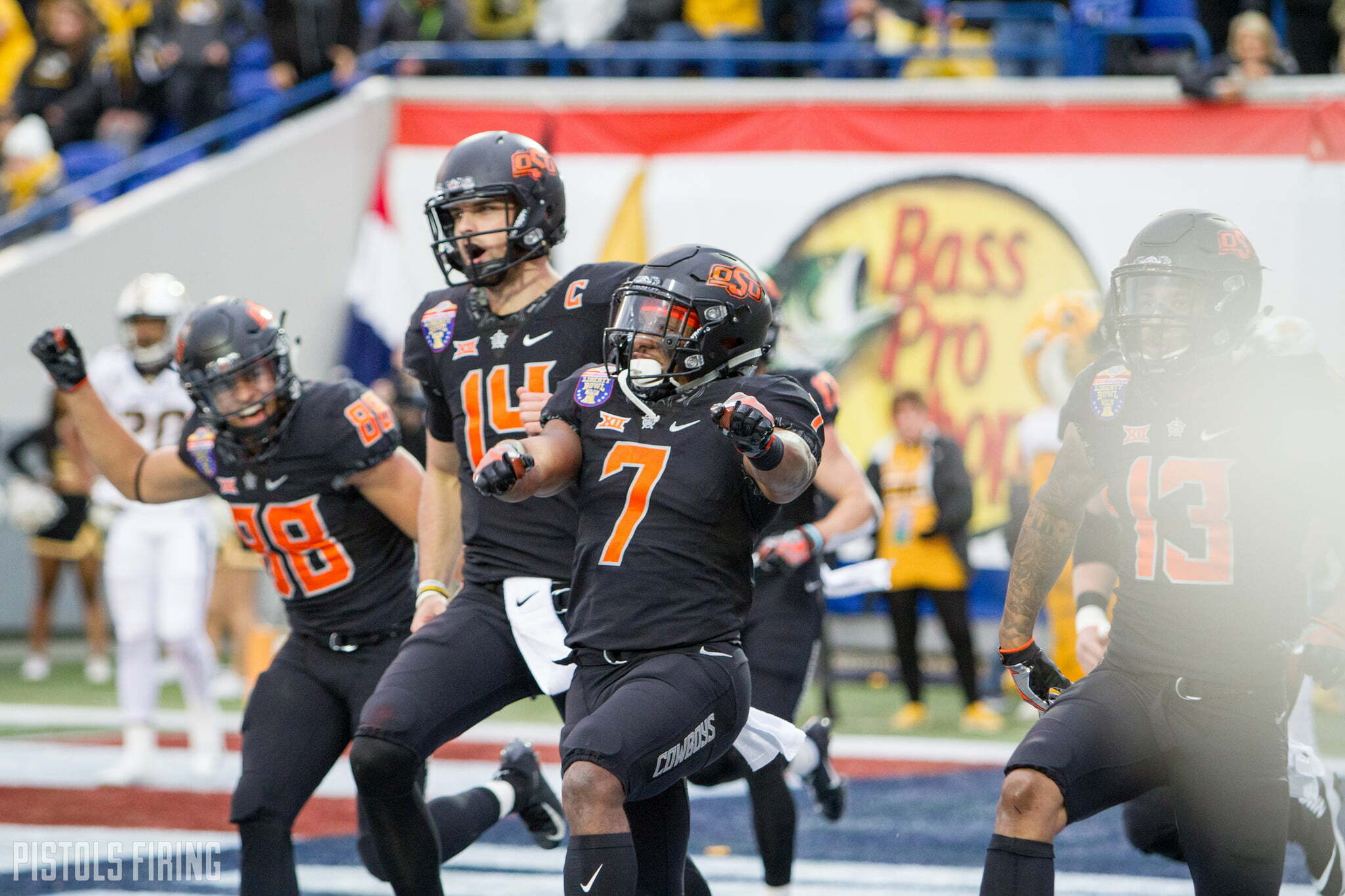 Preseason rankings are almost *always* a jumbled mess. Regardless of situation, be it roster or recruiting, most AP voters will stash Notre Dame, Texas, Michigan and Miami somewhere in the top-15 based on reputation alone. Sometimes that logic works, sometimes it doesn’t.

Cachet is undeniably a factor to consider, but there are others. How well is a team recruiting? How much production does a team return from last season? What does recent history suggest about what upcoming history a program can produce?

SB Nation’s Bill Connelly factors all that in to his popular S&P+ rankings, and he released his early preseason rankings earlier this week. You can read all about the criteria he uses in his post, but that second paragraph captures the gist of it. Here’s where things stand …

Considering OSU won just seven games last season — six in the regular season and an extra for good measure in the Liberty Bowl — a No. 22 beside OSU’s name sounds more than fair in the preseason.

But why is OSU considered a preseason top-25 team (besides, of course, our Lord and Savior™ Spencer Sanders)? Surprisingly, a lot of it has to do with OSU’s recent track record and cachet built up.

S&P’s rankings factor OSU’s five-year running track record as its most beneficial input, receiving a 22 ranking on average. Its returning production isn’t much worse, at No. 23 nationally. Where OSU is hurt overall is its recruiting impact; the S&P+ factors a four-year weighted recruiting average, and OSU ranks 37th, which is fifth-worst among other S&P+ top-25 teams behind only Missouri (38th), Iowa (39th), Utah (40th) and Boise State, the major outlier, which has a weighted recruiting average of 53.

OSU’s No. 22 ranking puts the Pokes in a very, very interesting spot, too. While that’s nearly *counts on fingers* completely out of the top 25, it puts them at second in the Big 12 behind only OU, which ranks No. 5. TCU is the third team in these projections 12 spots behind OSU, at 34. Texas, West Virginia and Baylor are all named in the next six spots.

As for where OSU projects to stand in 2019 on each side of the ball, things are looking up! S&P+ has OSU’s offense pegged at No. 22, too. Its defense currently projects as the No. 69 overall unit. Last season OSU’s offense finished at No. 7 overall in these rankings and No. 71 overall on defense.