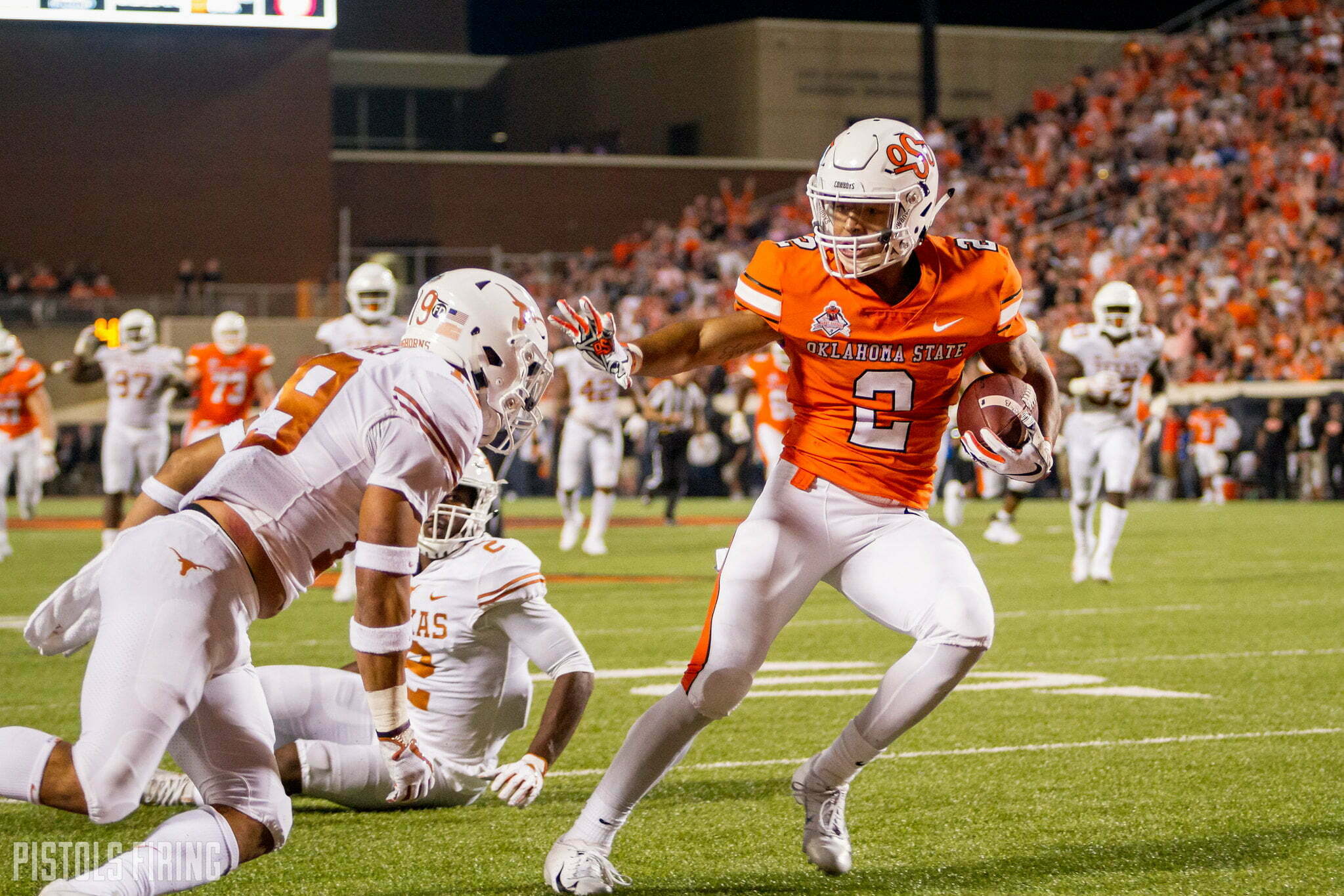 Oklahoma State’s conference-opener next Saturday is headed for primetime television.

The program announced Monday morning that the Cowboys’ road tilt against Texas has landed in the 6:30 p.m. slot on Saturday night. It appears the game will be carried on ABC and available to stream via the Watch ESPN app.

Texas will be looking to prove its mettle not just in the aftermath of the LSU loss, but also in the aftermath of the 2018 season result in which OSU knocked out Texas, then-ranked No. 9 in the polls. If we can get even half the game this year as last year’s was — or if we can just get another mini Gundy-Herman kerfuffle — then next Saturday’s showdown in Austin could be quite the dandy.