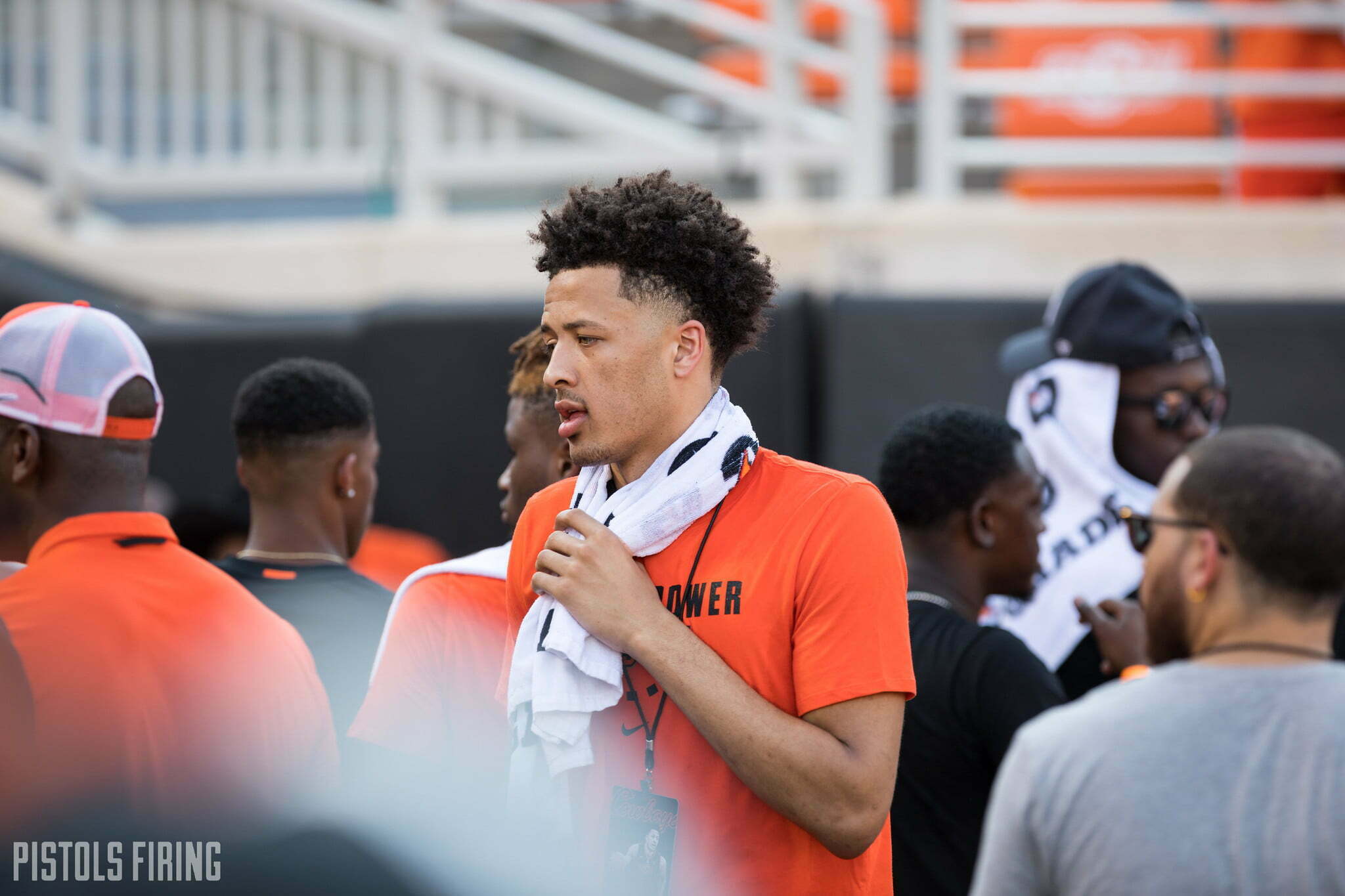 Ah yes, if it’s not a global pandemic that keeps the best high school basketball player in the country from playing at Oklahoma State this season, it could be the NCAA. Of course.

The first question on everyone’s mind following the news that Oklahoma State is banned by the NCAA from postseason play for the 2020-21 school year is, “What does this mean for Cade Cunningham?”

Though this punishment always existed on the periphery, nobody really expected anything this harsh (I actually forgot about its existence multiple times). However, I would be surprised if a contingency plan wasn’t at least considered in Camp Cunningham or discussed when he signed with OSU last fall.

His options here are myriad. Fellow top recruit Jalen Green opted for the G League and will be paid $500,000 before entering the 2021 NBA Draft. Cunningham would also command that number given his star power.

OSU could also release him from his letter of intent and he can leave and sign with another school as long as he hasn’t enrolled yet. I think OSU would almost certainly do this if he wanted to. If they didn’t do it, he could apply for a waiver from the NCAA. This has happened at other schools in recent years (though the situation was much different, the end result could be similar to what happened at Baylor when Art Briles got fired).

The other option, of course, is to ride the wave out in Stillwater, play for his brother and with one of the great classes in school history and eject after the conference season. Somebody of Cunningham’s stature doesn’t necessarily need the NCAA Tournament to propel himself to the next level. You can’t do better than being the No. 1 pick in the NBA Draft. His narrative is not one that will be buoyed because he averaged 31 a game against three teams in the middle of March.

That he is already as solidified as he is as a prospect in the NBA world works to OSU’s advantage. The other positive thing if you’re Oklahoma State is that he’s already gotten a chance to spend time with others in this recruiting class like Matthew-Alexander Moncrieffe.

That brings up another issue though. Theoretically, everyone in OSU’s class could request to be released from their letters of intent (again, as long as they aren’t enrolled yet). The wheels on one of the great classes in OSU history feel a bit wobbly right now.

Ultimately, I think Cunningham actually stays in Stillwater and rides it out. I haven’t talked to anyone around him about this, but with how much uncertainty there is globally right now — NCAA season, NBA season, G League etc. — I think that plays into OSU’s hands a little bit. That what is known — his relationship with Boynton, the OSU players and his brother — will outweigh the unknown albeit maybe more appealing option of testing other waters. We could know more when Boynton speaks with the media on Friday afternoon.

Question now becomes the fate of Cade Cunningham. Just like most within the program, is attempting to come to grasp with the situation at hand, he tells @Rivals. Remains a committed, signed member for Oklahoma State. Pokes will likely fight today’s ruling in the meantime.

OSU got destroyed by the NCAA on Friday, and there will be fallout from this for years to come. Cunningham may or may not be part of that fallout, but for now, the worse news is that all the work that has been put in during Mike Boynton’s tenure in Stillwater to get the program on the proper trajectory seems to have been decimated in a single day.