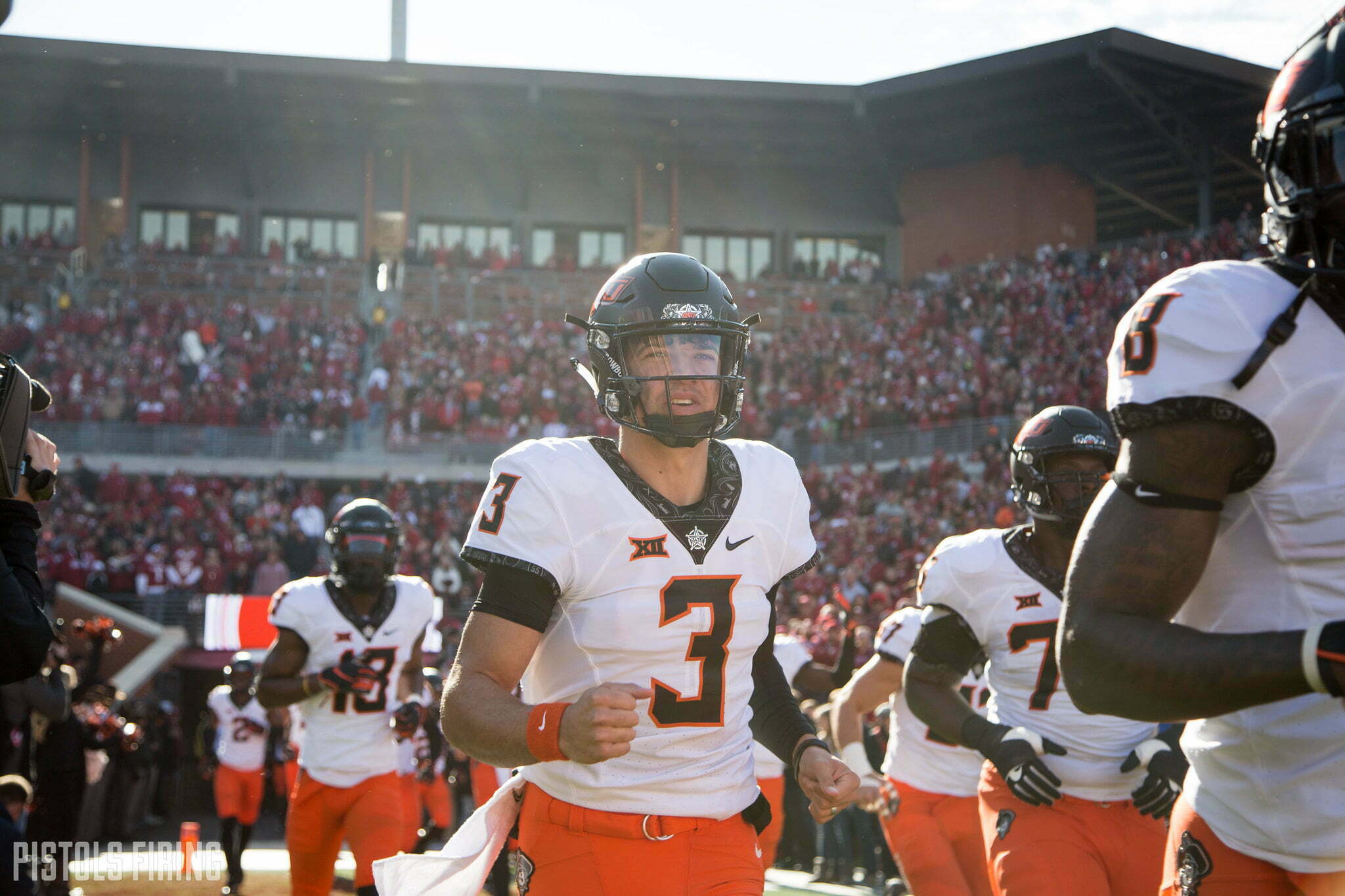 Oklahoma State is going back to a modern classic, donning a black-white-orange uniform combination for its second-straight trip to Norman.

I love me a tri-color uniform kit, and there is nothing better than the brand helmet when you’re playing OU.

The Cowboys are 3-3 all-time in B-W-O, but this outfit has become synonymous with Bedlam.

The slick scheme is the same combo the Cowboys wore in their last Bedlam away game, a 2018 thriller that came down to the wire. Before that the Cowboys last wore this getup at South Alabama in 2017 and then in the Alamo Bowl against Colorado.

Most notably, the Pokes wore these threads the last time they beat OU. In that 2014 chapter of Bedlam, a true freshman Mason Rudolph led the Cowboys to victory thanks to an historic punt return by Tyreek Hill.