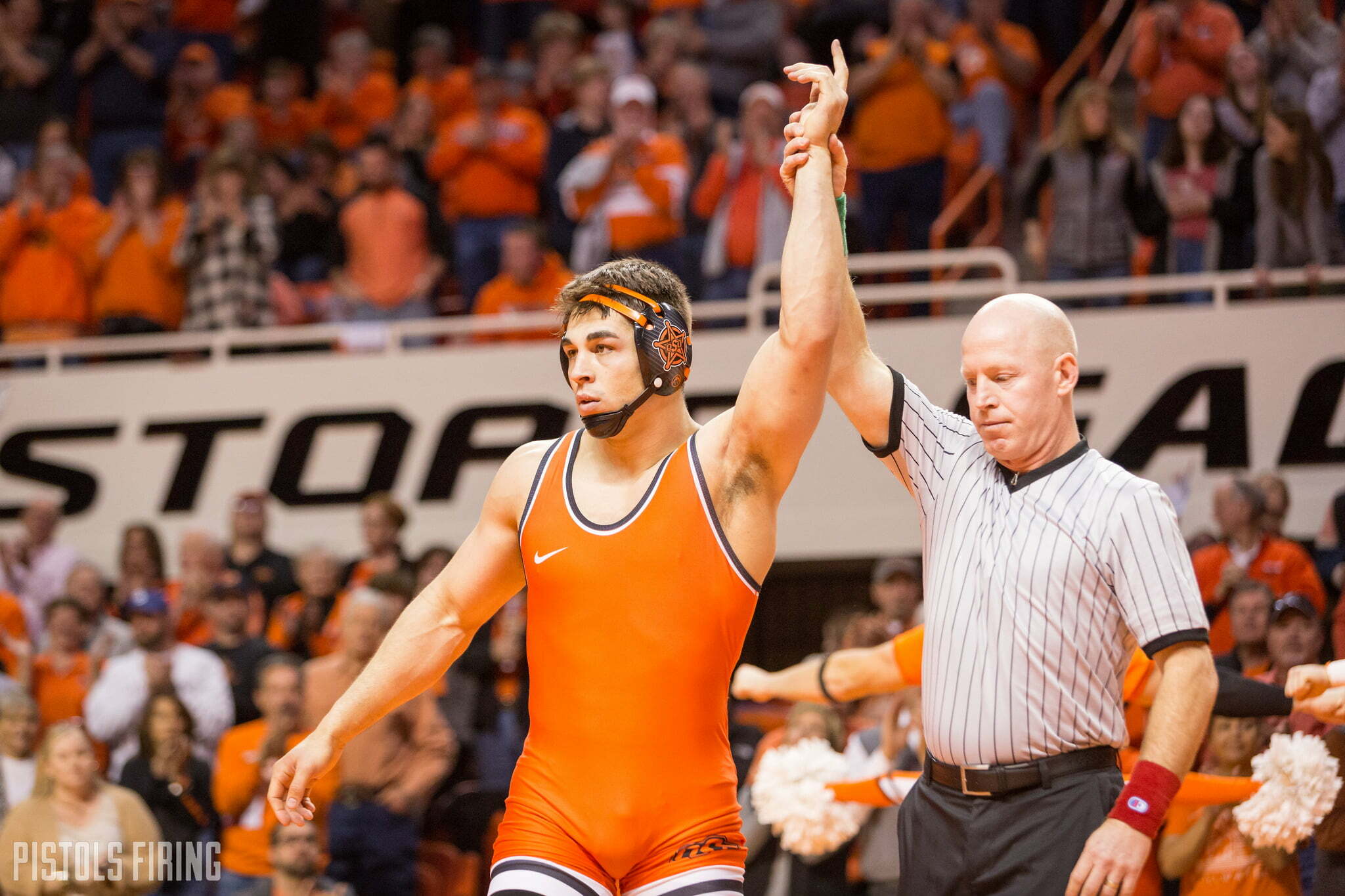 OSU hits the road to wrestle Northern Colorado on Sunday before going on to the Reno tournament. Here’s a bit of what to expect starting with the top matches.

Off his quick fall in the Bedlam dual, Nick Piccininni will take on multiple-time NCAA qualifier Rico Montoya. Montoya has notched some big wins in his college career and looking at his last few seasons records he always seems to wrestle well during this time of year. Nick has looked like a contender to make the NCAA finals to this point in the season, but Montoya will provide a test for him before he heads to Reno. He’s not one to overlook.

I’m not sure what it is about the Big 12, but depth-wise it always seems to be pretty strong at 197. This year is no exception as the league makes up 1/4th of the top 20 at that weight class according to FloWrestling. Preston has been out with injury for much of the early part of the season, but dominated in his return vs. OU on Sunday. This will be a good test to see where he is against a step up in competition than what he saw versus OU.

Outside of that, the Cowboys should roll here, which isn’t a bad segue into the Reno tournament the following week where the Cowboys will undoubtedly see some resistance.

Look out for the Bears in the future. They bring in one of the top recruiting classes in the nation  this year.

• You can stream the dual here.
• Stillwater Radio will provide a broadcast.
• And as always we will have a recap here following the match.