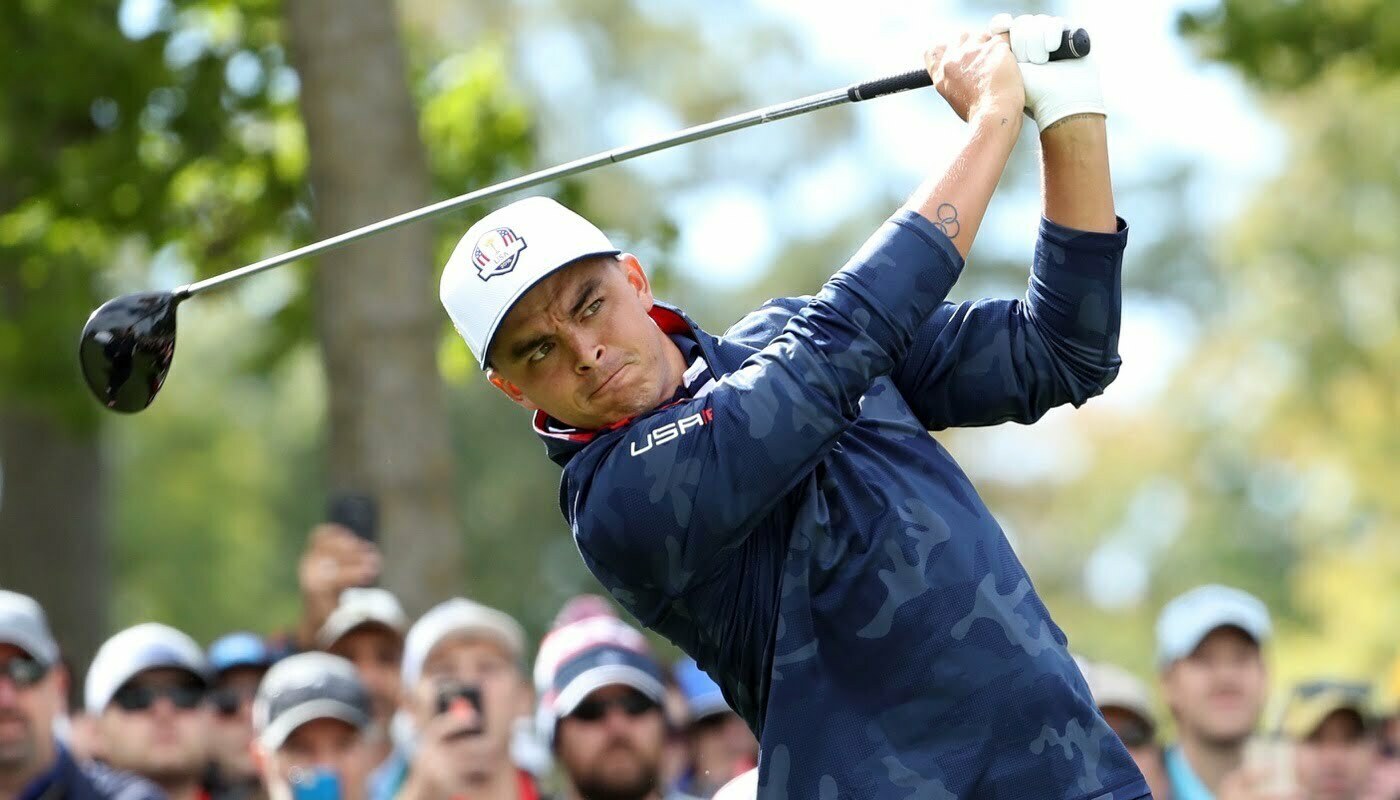 It has been a weird week in the golf world. The normal hype of the Ryder Cup has been a little bit subdued because one of the all-time great golfers (and probably the most important) died on Sunday. Arnold Palmer passed away at the age of 87. I wrote about him a little bit here, and while I never got to see him play (because I’m 31 years old), his interview at The Open last year had a real, lasting effect on me.

Former Oklahoma State golfers Morgan Hoffmann and Rickie Fowler paid their respects to The King on Sunday. Hoffmann’s path is especially interesting because not only is he following in Palmer’s pro golf footsteps, but he’s also a pilot like Palmer was.

I love this so much. pic.twitter.com/SjtPUCkNhZ

Fowler, on the other hand, has Palmer to thank for about 90 percent of the money he’s making (especially off the course).

Arnie, you've inspired me to be the golfer I am today, to become a pilot and fly myself to events, to make my signature legible and to have respect for the game and all who enter my life. We will miss you, thank you for being the best role model I could ask for and making this game of golf what it is today! @apinv #arniesarmy #pgatour #RIP

Palmer was a trailblazer in what it meant to be an iconic sports brand, and he looked pretty badass doing it (see above).

Even when he didn’t win, you still wanted to be like him (i.e. Fowler’s entire branding strategy). Golf will never be the same without Palmer. And I’m certainly grateful to him for pumping life into this sport at a time when it wasn’t a national obsession like it is now. Tiger Woods even mentioned this on Monday at the Ryder Cup. Palmer made golf American. He made America love golf. Tiger isn’t a billionaire without Palmer.

The irony there is that Palmer barely made over $2 million on the PGA Tour in his career. Or roughly six times less than Rory McIlroy made last weekend. No matter though. He was making $40 million a year well into his 80s. Michael Bamberger beautifully eulogized one of the most important men to ever tee it up and, arguable, one of the important sportsmen in our country’s history. I thought this part was tremendous.

The world has likely never seen anybody who loved golf more than Palmer did. He played or hit balls virtually every day of his life. His late first wife, Winnie Walzer Palmer, used to say that her husband would not last long if he could no longer fly his own plane or hit balls. Palmer gave up his pilot license, with great reluctance, in 2014 and was still hitting balls up until his final days.

Members of #ArniesArmy, join us in pouring one out this morning. Rest in peace, Mr. Palmer. pic.twitter.com/gMegTpZkQR