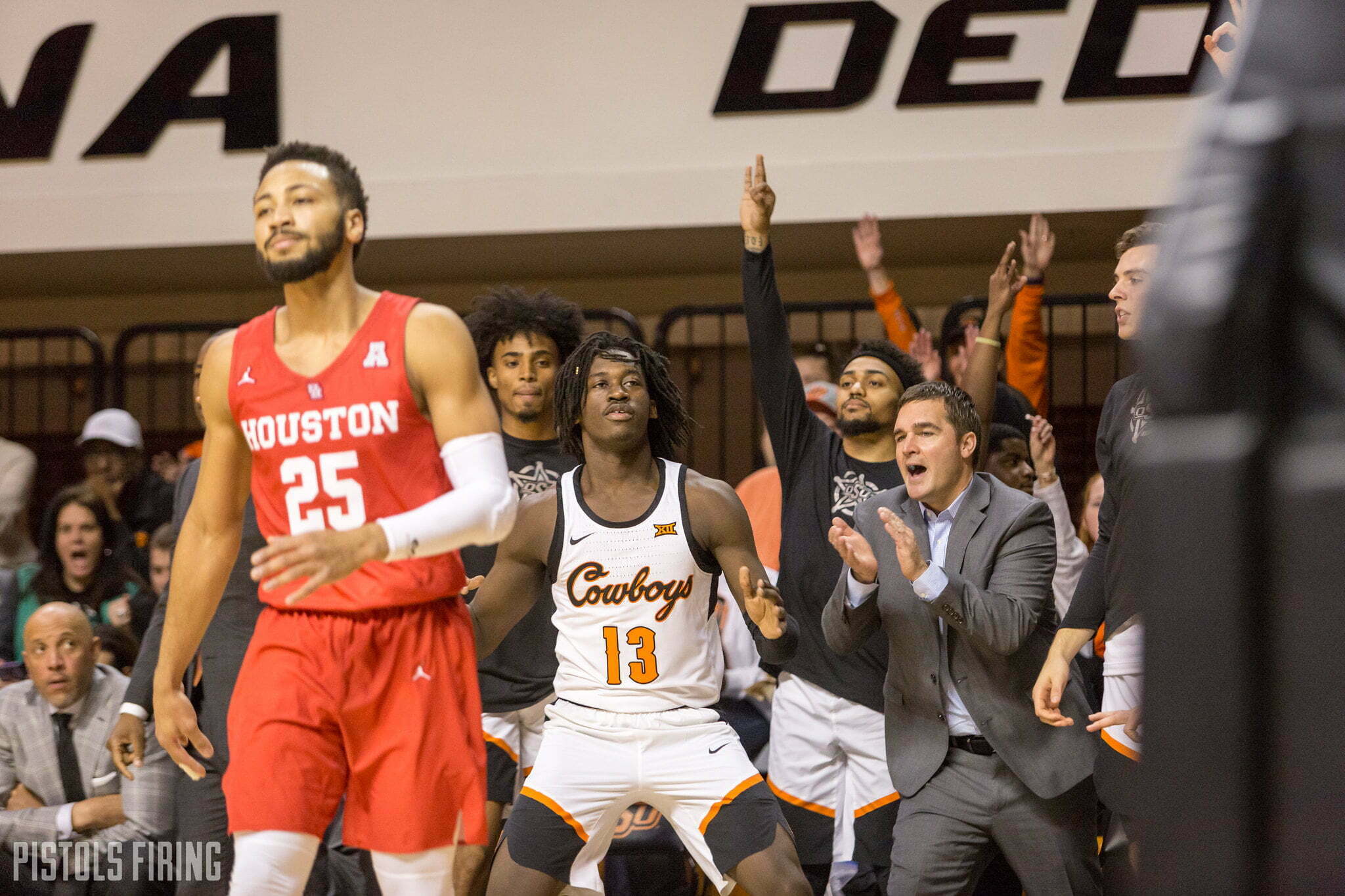 The Cowboys have added another nonconference matchup to their 2021-22 slate. OSU will take on Houston in Fort Worth as part of the Hoop Hype XL College Basketball Showcase on Dec. 18.

The Cougars are fresh off of a Final Four run, their first in nearly four decades, and their best season under Kelvin Sampson. Sampson has captained Houston to the Big Dance in three of the last four seasons with the only outlier being because of the pandemic.

The Cowboys are 13-8 all-time against the Cougars, winning the latest meeting in Houston during the 2019-20 season, 61-55. Isaac Likekele was sidelined for that game and the only current Cowboy to store a point was Chris Harris Jr. (five points off the bench). The season before, Houston downed the Pokes in Stillwater, 63-53. Likele chipped in 16 in the loss.

The game will take place inside Dickies Arena in Fort Worth. More details on the Hoop Hype XL College Basketball Showcase, including TV and time are yet to be announced.

Earlier this week, Wichita State announced a Dec. 1 date with the Pokes via the program’s official Twitter page. OSU has yet to confirm officially.

OSU is 19-10 against the Shockers, winning the programs’ meeting last season 67-64 thanks to a Cade Cunningham dagger.

The Cowboys’ nonconference slate also includes the likes of Oral Roberts, Xavier, USC and Florida as it sits now. Not including the Wichita State meeting, OSU has 16 participants from last year’s NCAA Tournament on its schedule, according to a release from the school.