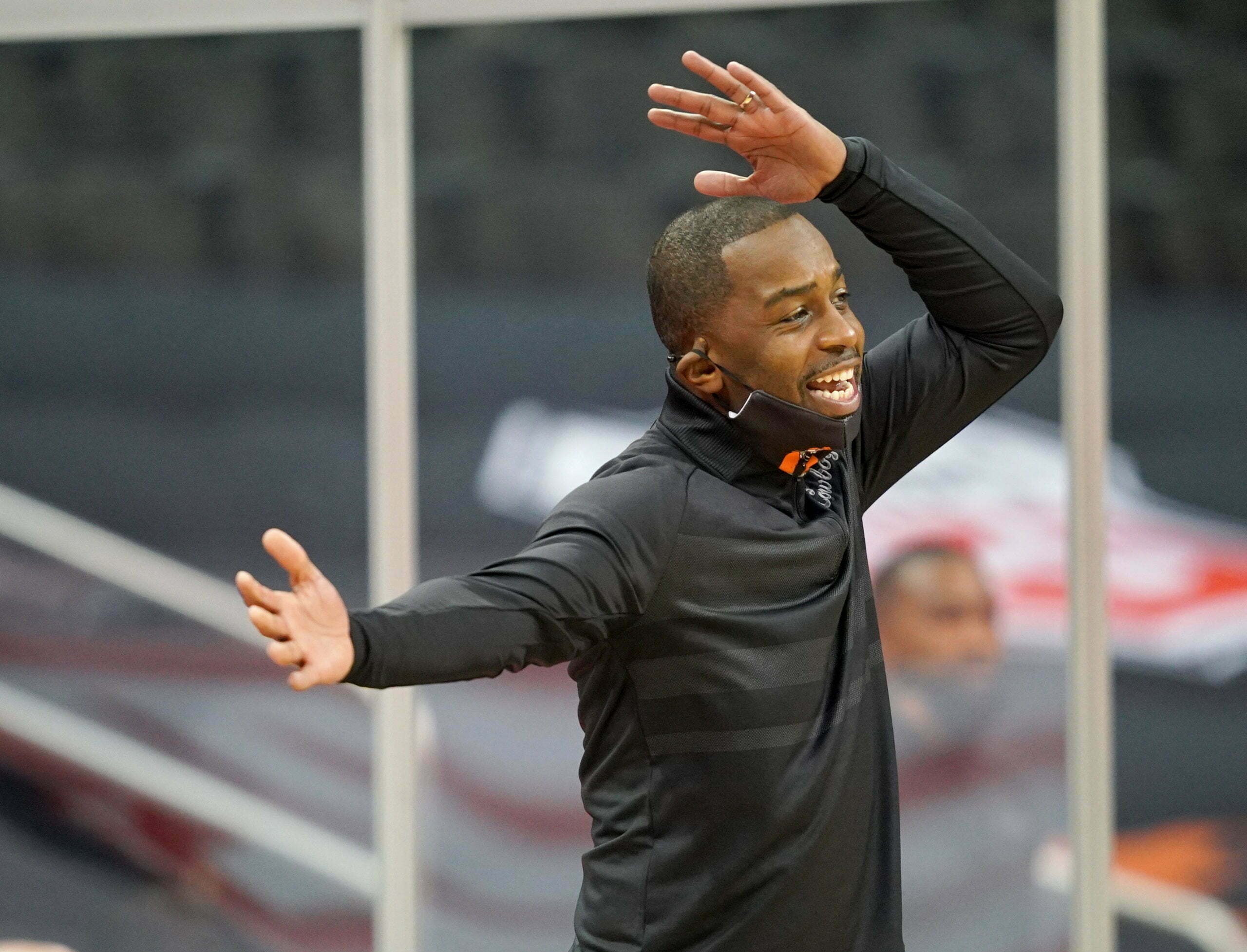 One week after former Syracuse forward Woody Newton pledged to continue his career in Stillwater, the former four-star recruit put ink to paper with the Cowboys.

Newtown played in just 11 games for the Orange as a freshman averaging just 3.5 points and 1.8 rebounds per game. But he was an efficient 3-point shooter (38.9 percent) and has the length and athleticism to progress into that coveted the 3-and-D model, something the Cowboys every team could use.

“We are looking forward to having Woody Newton in our program,” Mike Boynton said per a school release. “His length, versatility and shot making ability will be an instant asset to our roster. Woody comes from a terrific family and has been well coached throughout his life. He fits our #LetsWork culture and is someone our fans will enjoy watching play in a Cowboy Uniform.”

Newton is the Cowboys’ lone commit and signee for the 2021 cycle, but Boynton and Co. have been active recruiting in and out of the transfer portal.

Depaul center Nick Ongenda put the Pokes in his Top 3, and OSU is in the mix for a handful of other enticing transfers, possibly including Kansas transfer and former five-star OSU target Bryce Williams.