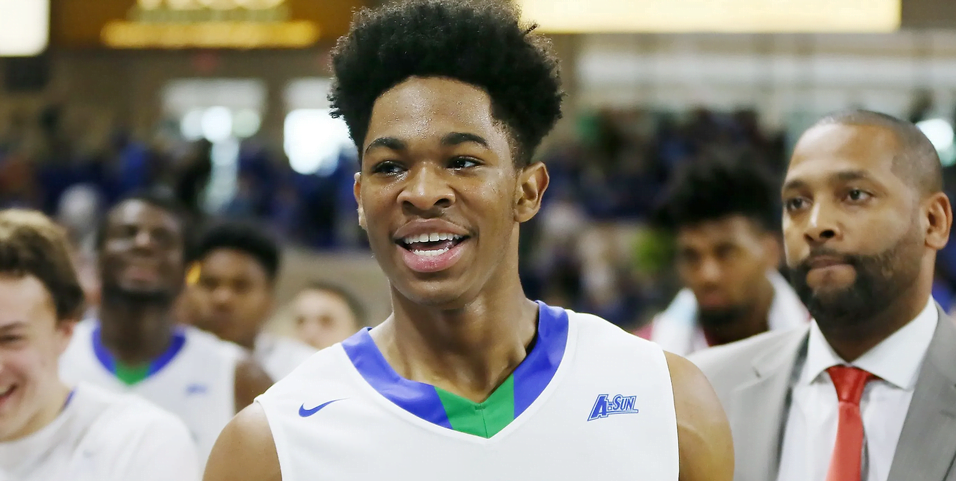 Oklahoma State has inquired about one of the hottest graduate transfer names on the open market.

Former Little Rock star Rayjon Tucker, who scored 20.3 points and grabbed 6.7 rebounds per game last season, has been contacted by OSU’s staff, according to Evan Daniels. OSU is among the near-dozen programs to contact him, along with Gonzaga, NC State, Tennessee and Michigan.

Tucker began his career at Florida Gulf Coast and floundered as a role player. In two seasons spanning from 2015-2017, he averaged 6.9 points and 3.0 rebounds in fewer than 20 minutes per game.

But after transferring to Little Rock, his game transformed. He was named to the All-Sun Belt second team, and led the program in scoring. Realizing his stock is sky-high, he opted earlier this month to explore a transfer, where he could become a centerpiece for a high-major program.

Tucker is a 6-5 guard/forward who can do a little of everything. He can guard four positions. He can create his own shot. He’s going to be a hot commodity for programs looking to fill a spot late in the recruiting cycle.

For OSU, Tucker could be a huge get. Mike Boynton and Co. already have a top-25 recruiting class incoming, but a player with Tucker’s experience and versatility would be an immediate upgrade to the backcourt, and he and Lindy Waters could co-exist potentially at the small forward position.

Tucker himself hasn’t laid out a timeline for when he’ll make a decision — just this week he announced he plans to transfer — but expect it to be soon. The upcoming signing period spans from April 17-May 15, and by then, spots could be taken. Between now and then, he could get a full court press by a slew of high major programs, and expect OSU to kick the tires repeatedly over the coming days.