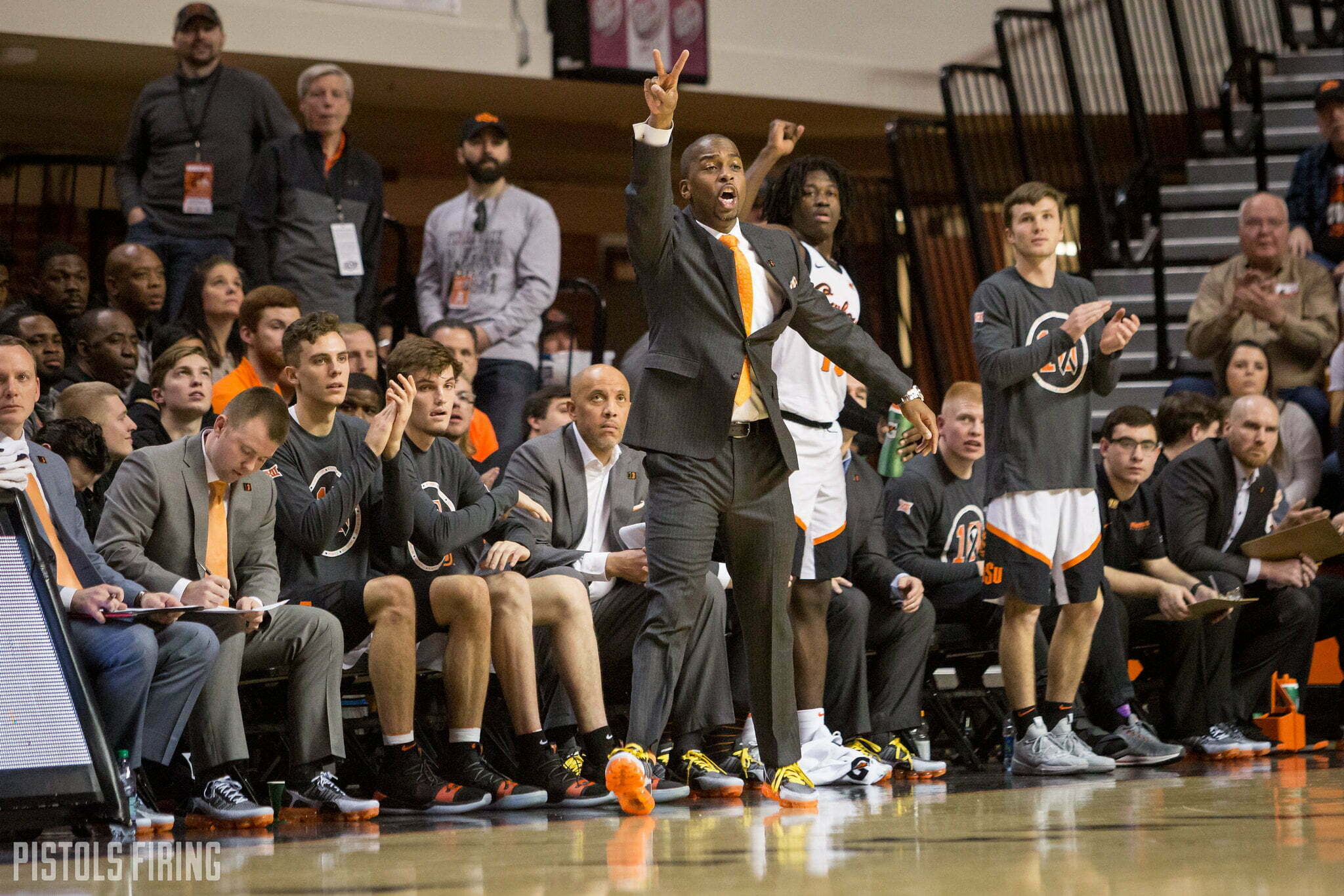 The newest Cowboys are in town, and everything is starting to feel more official.

Oklahoma State’s basketball roster got an update, and the Cowboys’ 21st-ranked recruiting class is now is writing. Mike Boynton still has a pair of scholarships available if he chooses to use them, so there could still be some additions. But, let’s take a look.

Let’s start with the probably the most fun portion of this: freshmen numbers. I have to say, I like what I see. I’m a fan of the low numbers, with probably my favorite being No. 0 on Avery Anderson. Marcus Watson steps in with the number Duncan Demuth left vacant. Chris Harris’ No. 2 was most recently worn by Maurice Calloo.

I can also get down with the Boone twins in the more classic 20s. Kalib wore 22 in high school and Keylan wore 21 (which is a bit confusing because Kalib is older). Obviously, Lindy Waters has 21 on lock, but still solid number choices all around.

Graduate transfer Jonathan Laurent got to keep the number he wore at UMass after Curtis Jones’ entry to the transfer portal, and all of OSU’s returning players held steady.

Size-wise, the Boone twins come in a bit bigger than their recruiting profiles listed. Keylan Boone is listed at 6-6, 175 pounds on 247, but is two inches taller and 15 pounds heavier on OSU’s roster. Kalib Boone is 6-8, 190 pounds on his recruiting profile but is up an inch and 10 pounds on the roster. Is that a matter of the classic teams making their roster look bigger or updating some older numbers? I tend to lean toward the latter, as the other three freshmen stayed the same as to what was on their profiles, apart from Watson gaining five pounds.

In walk-on news, Dee Mitchell and J.K. Hadlock return after joining the team after last season’s midseason tryout. Luke Major will also not be with the team this upcoming season. It’s fairly common for walk-ons to not stay too long.

There are still summer workouts to go and bodies to be added, so some of this will likely change before the ball goes up in November, but it’s cool to this class finally listed out with the rest of OSU’s players.