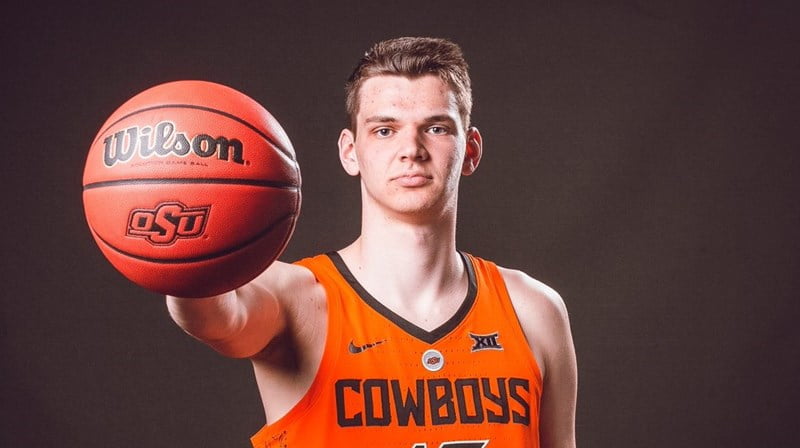 Oklahoma State’s 2019 class has grown to seven with the addition of Hidde Roessink, the program announced Wednesday.

Roessink is a 6-foot-10 stretch forward from Arnhem in The Netherlands. He isn’t on social media and with him playing the The Netherlands, film is a rarity on him, but per OSU’s release, he “is viewed by the Cowboy coaches as a versatile stretch forward with a high basketball IQ and an elite shooting ability from the perimeter.”

In the 2017-18 season, at just 17 years old, Roessink played with the Dreamfield Dolphins. The Dolphins were promoted from the third to second tier of Dutch basketball that season.

Roessink will join the Cowboys in July as a member of the 2019 class with Marcus Watson, Avery Anderson, Chris Harris, Kalib Boone, Keylan Boone and UMass transfer Jonathan Laurent. Roessink will be the seventh European-born player to play at OSU. At 6-10, he is tied with Yor Anei as the tallest players on OSU’s roster.