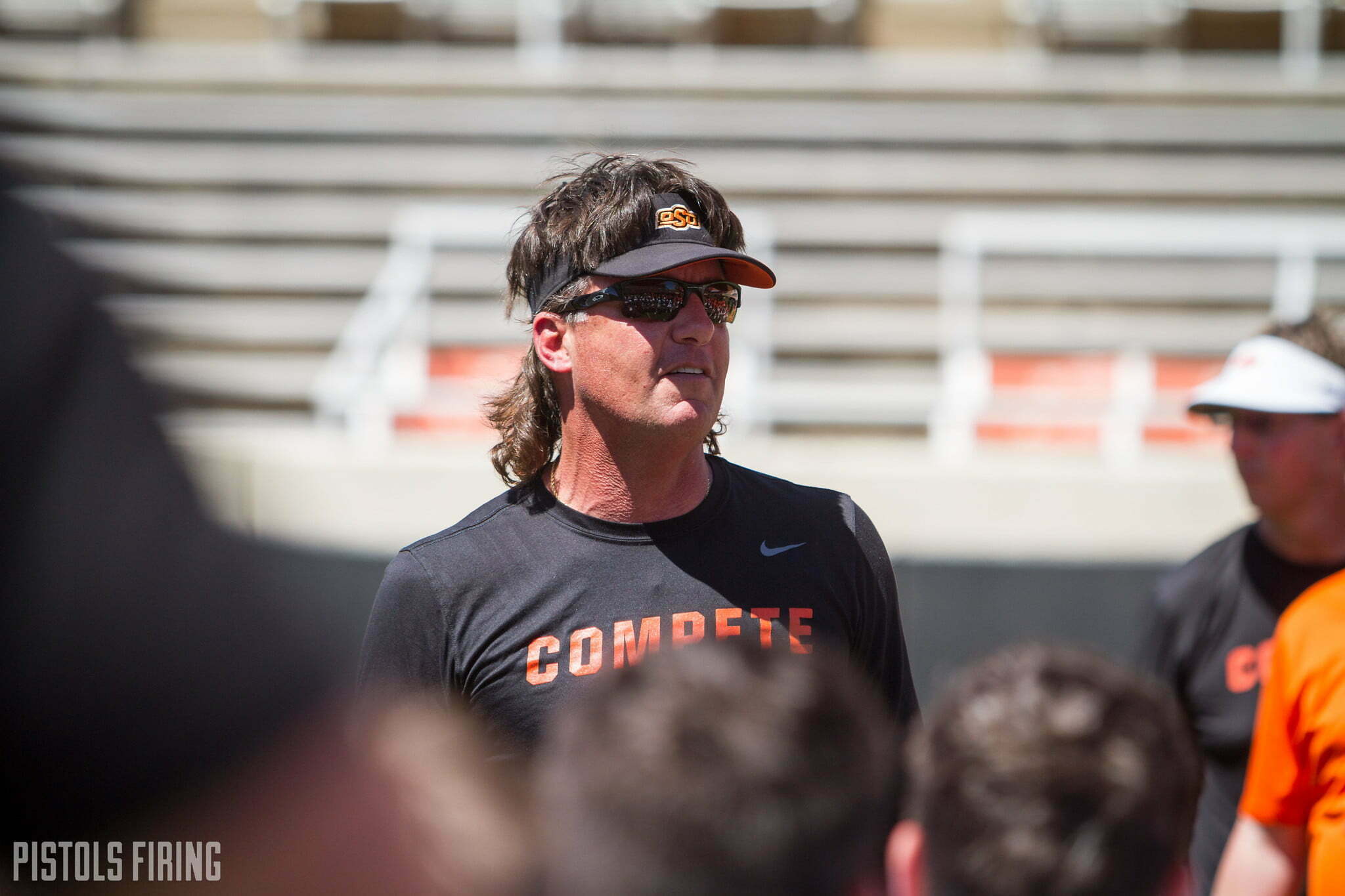 Oklahoma State’s coaching staff has a big weekend on tap.

Nearly a dozen prospects — some of which will already be on campus attending “The Show,” OSU’s premier camp featuring skill talent — will be on campus this weekend for official visits. Those prospects range from committed to uncommitted, and hail from Cali to Louisiana to Texas to Arkansas to … well, you get the point.

Here’s a sampling of who we’ve seen confirmed as visitors.

Illingworth has been in Oklahoma all week, and he’ll be here all weekend. He’s one of the many performers at “The Show” and one of the biggest names who will be on campus for an official. He committed to OSU last month.

OSU offered Fouonji, a 6-foot-4 pass-catcher, back in January. Since then Baylor and Texas have entered the mix, but he’s a bit of a mystery. His size, speed and skills are exactly the type of prospect Kasey Dunn typically recruits and has great success with.

Stewart is an Arkansas native and an Arkansas pledge. The 6-1.5, 221 pound prospect is an edge rusher with OSU interest; he committed to the Hogs in early March, and OSU offered in April. He remains committed, but OSU’s interest seems to be reciprocated on some level.

At 5-foot-11, 175 pounds, Barron isn’t the biggest cornerback but he makes up for it with sound technique and good top-end speed. The Austin native has OSU, TCU, Iowa State, Arizona and other offers.

OSU has been pretty successful recruiting the state of Kansas, which makes 6-6, 280-pound tackle Alex Conn an intriguing prospect to monitor (especially with OSU offensive line coach Charlie Dickey a long-time Kansas resident locked into the Kansas scene.) OSU is battling Arizona, SMU, Kansas and Nebraska for a signature.

Triplett is a well-built linebacker from Southern University Lab in Baton Rouge, a talent-rich program that has produced the likes of former NFL players Ronald Leary, Taurean Nixon, Frank Alexander and others. OSU is arguably his most notable offer to date; Colorado State, Grambling, La. Tech and Louisiana-Monroe are also in the mix.

Another Louisiana product being imported to Stillville for the weekend. Cooper is a linebacker with good size and a good frame. Mississippi State, Houston, OSU, OU, Memphis among those in pursuit.

Perez is one of the lower-rated prospects on this list, but perhaps one of the most intriguing. He’s a 6-foot-5, 265-pound offensive tackle who moves like a linebacker but blocks like Rudy Gobert. He has 30 scholarship offers and OSU has been in the hunt for a long time.

OSU has already landed one prospect from Arizona this cycle in Cade Bennett, and it is on the hunt for another in Jaylan Jeffers, an athletic tackle. Jeffers has no shortage of offers though: Oregon, Colorado, Arizona, Arizona State all giving him the full court press. Getting him on campus is big.