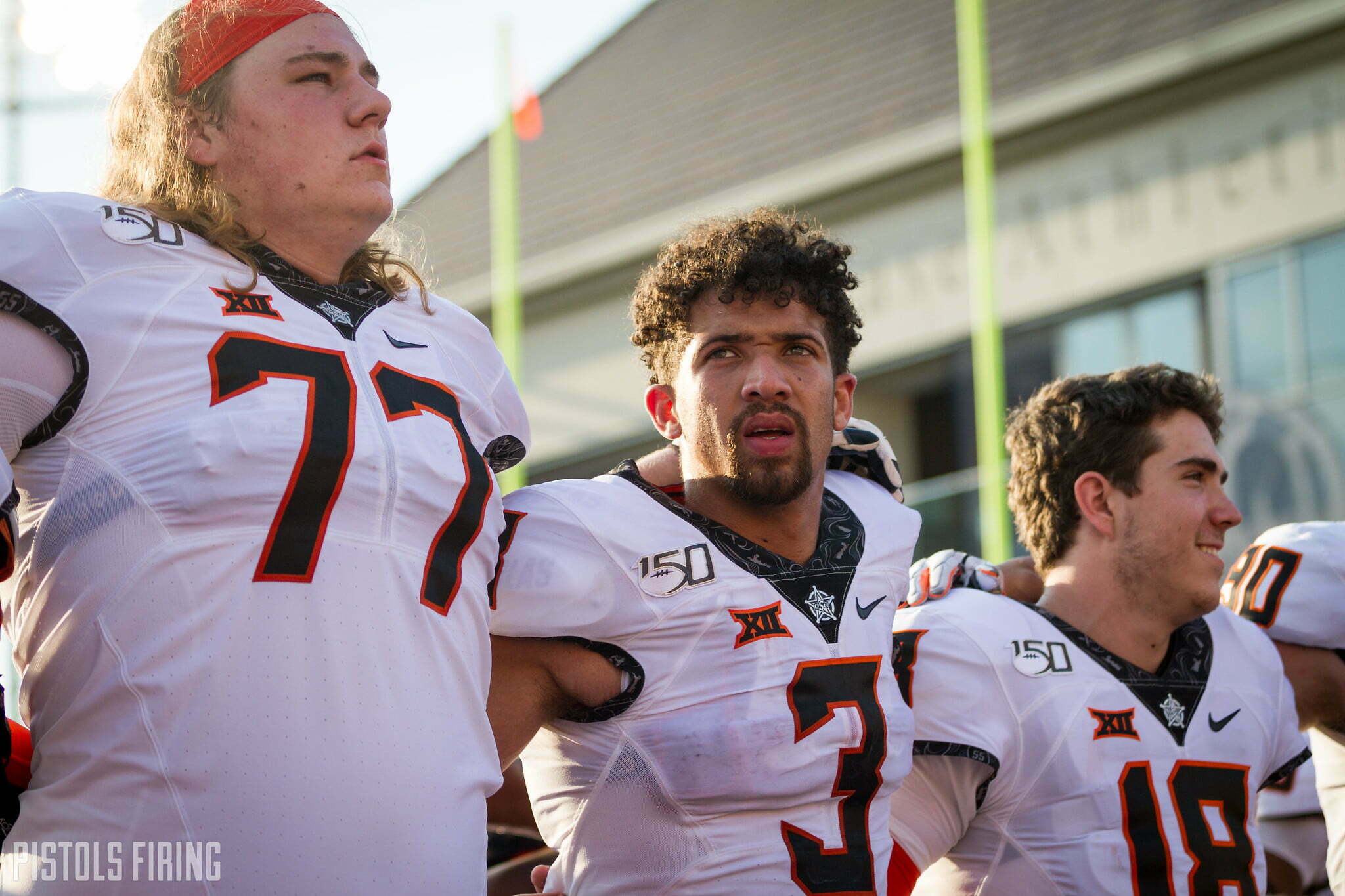 Through four games Oklahoma State is 3-1. Unbeaten through its noncon slate before earning an L in its conference opener. Just like this time last year.

But there is something about this team that gives me infinitely more confidence than I  had at any point last season, and I’m not just talking about 60-yard dimes from Spencer Sanders or binge-worthy yards after contact from the nation’s leading rusher, Chuba Hubbard.

Actually, it involves both of them, but not in the way you might think.

On Tuesday as OSU players met with media, Hubbard — who also leads the nation in rush attempts and is on an historic pace — was asked about his hefty workload through the early goings of the season, and the answer he gave struck me.

“Like I’ve always said, whether it’s five carries, 40, 50 carries, as long as I can help my team win the game,” Hubbard said. “Obviously I didn’t help enough this last week so I’m going to do a better job … whenever I get the ball. Obviously I do my best, but I feel like I could do a lot more.”

It didn’t come across as forced or fake, or even self-loathing. This was genuine ownership in a loss from an underclassmen who just officially took the reins of OSU’s ground game a month ago. Chuba is not only a dude, he’s the dude, and he’s a big-time leader of this team.

It also reminded me of what his even less-experienced backfield mate, Spencer Sanders, said eloquently in Austin on Saturday night.

Neither Spencer nor Chuba had his best game in a Cowboy uniform against Texas, you could say, but both willingly bore the responsibility of the disappointing loss.

“It’s alright. We lost,” said Sanders. “They had a great game, so we’re going to go into tomorrow with the corrections and we’re gonna get ready for next weekend. We’re gonna build off of this as a team. We can look at this a positive way — ‘How are we gonna come back? How are we gonna respond?’ So I’m ready to respond next week.”

Reading those last two lines has me thrilled to see OSU’s first offense possession on Saturday.

“Spencer’s a great athlete,” Chuba said. “I think everyone can agree on that. He makes a lot of amazing plays. Obviously he made some mistakes just like me and the rest of us, but he learns from them really quick. That’s the good thing about him.

When Chuba mentioned Spencer’s mistakes, it jumped out at me. Maybe that was just mentioned in passing, and probably I’m making too big of deal out of it. But the ability to have open, honest dialogue is a sign of maturity and real leadership in any organization.

Mike Gundy, who in the past has been reticent to publicly laud his young QBs, was almost glowing (at least in Gundy terms) about Sanders this week.

“I thought he handled the last game pretty well for a young guy,” said Gundy. “Remember how I said he got frustrated in the Tulsa game? He didn’t get frustrated at all on Saturday night.”

Gundy was quick to qualify that we’re heading into Week 5 of Sanders’ tenure as QB1 and he’s not yet arrived, but he appears to be taking strides each week.

When asked about the differences between Sanders’ two games he said, “I’m gonna say he just, hopefully, grew up a little bit. I’ll also say this. He played really well.”

How the Cowboys respond to their first dose of adversity in 2019 will tell us a lot about how far this program has come from that lackluster 2018 season. The Cowboys of 2018 would just as soon lay a head-scratching egg as come out swinging after a tough loss, even against teams they should seemingly dominate.

The short answer: they lacked leadership and accountability.

Gundy, himself, took the brunt of the blame this past offseason claiming he needed to (and would) do a better job of holding his staff and players accountable. The buzzwords “discipline” and “toughness” became mantras for OSU, both to the media and inside the locker room.

When asked about the key for facing unbeaten No. 24 Kansas State, senior guard Marcus Keyes quickly answered, “The easy and simply answer is be more disciplined and tougher than them.”

It’s been ground into them, and I think it might have stuck. At least it has according to Gundy. On Monday he said, “I don’t think there’s any question we’re a more disciplined team right now.”

Of course, that remains to be seen. If OSU comes out flat on Saturday or gets flagged for a three facemask penalties in one quarter, maybe it was all just talk. But I have a feeling that’s not going to be the case.

With Spencer Sanders and Chuba Hubbard, and others, a youth movement has taken over key roles in OSU’s infrastructure. The fact that they make eye-popping plays on the field makes them that much more effective leaders in the locker room. And they’ve bought into Gundy’s message.

When Chuba was asked about how his team can and should respond to its loss in Austin, he repeated a familiar phrase.

“Discipline and toughness. We’ve said it all year.”