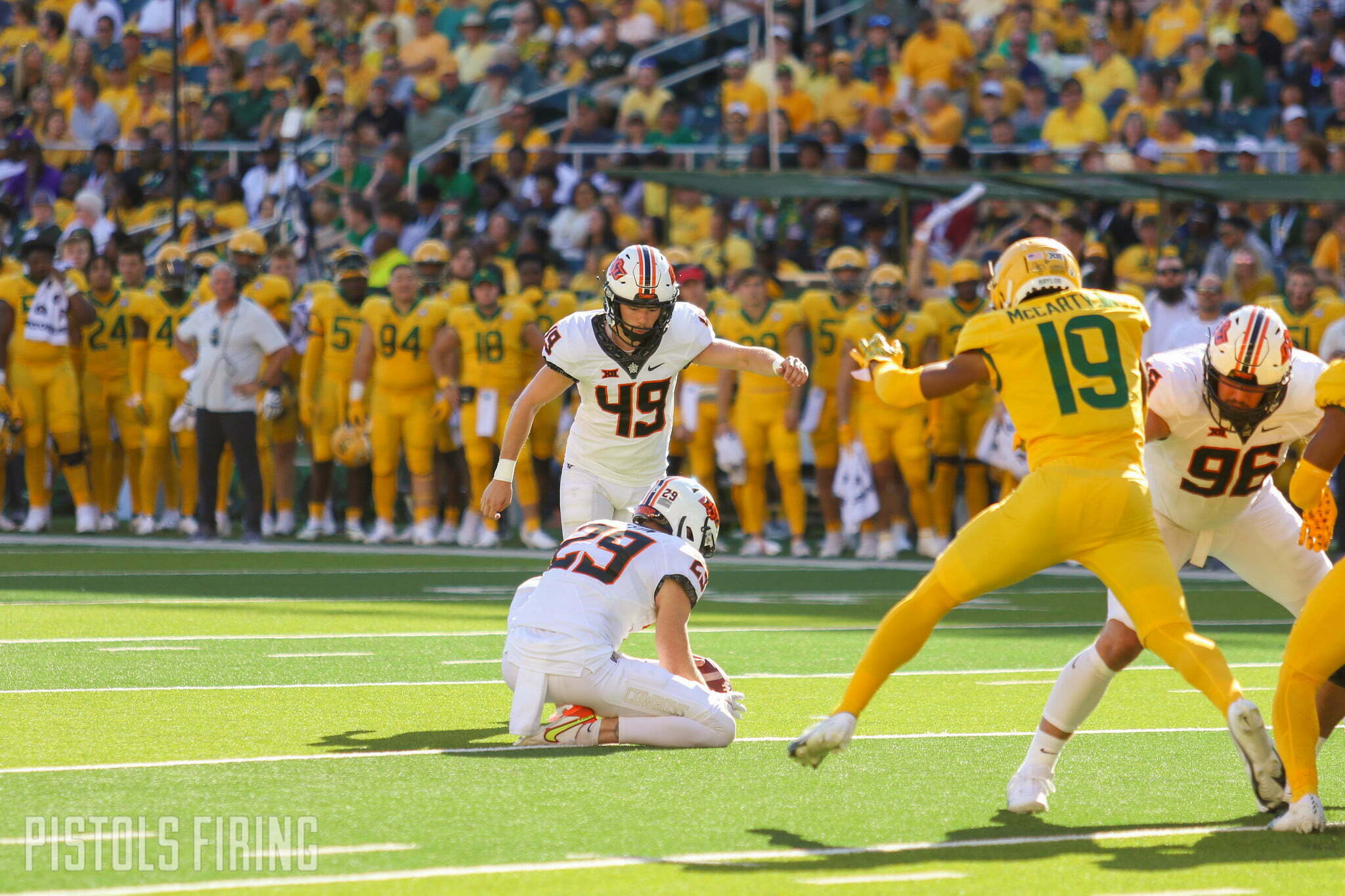 Oklahoma State specialist Tanner Brown has been one of the most accurate kickers in the nation so far this year, and that’s earned him the chance to win some postseason hardware.

Brown was one of 20 semifinalists on Thursday for the Lou Groza Award, given annually to the nation’s top place-kicker.

If Brown’s completion percentage of 93.8 were to continue through the end of the year, he’d set a new record for the Cowboys. Current Cowboy Alex Hale set the record with a 92.9 kicking percentage in 2020. Brown is one of five FBS kickers with at least 16 field goal attempts and an accuracy of at least 90 percent.

Browns ranks No. 8 nationally scoring 10.1 points per game. If that were to hold over the next three games and a bowl game, he’d land as one of the Top 10 single-season scorers ever at OSU.

Three finalists for the award will be announced Nov. 29 and will attend the 31st annual Lou Groza Collegiate Place-Kicker Award Banquet on Dec. 5 in Palm Beach County. The winner will be announced on ESPN Dec. 8 as part of the Home Depot College Football Awards.

Former OSU kicker Dan Bailey won the Lou Groza Award in 2010. The last Cowboy to be named a semifinalist for the award was Hale in 2020.