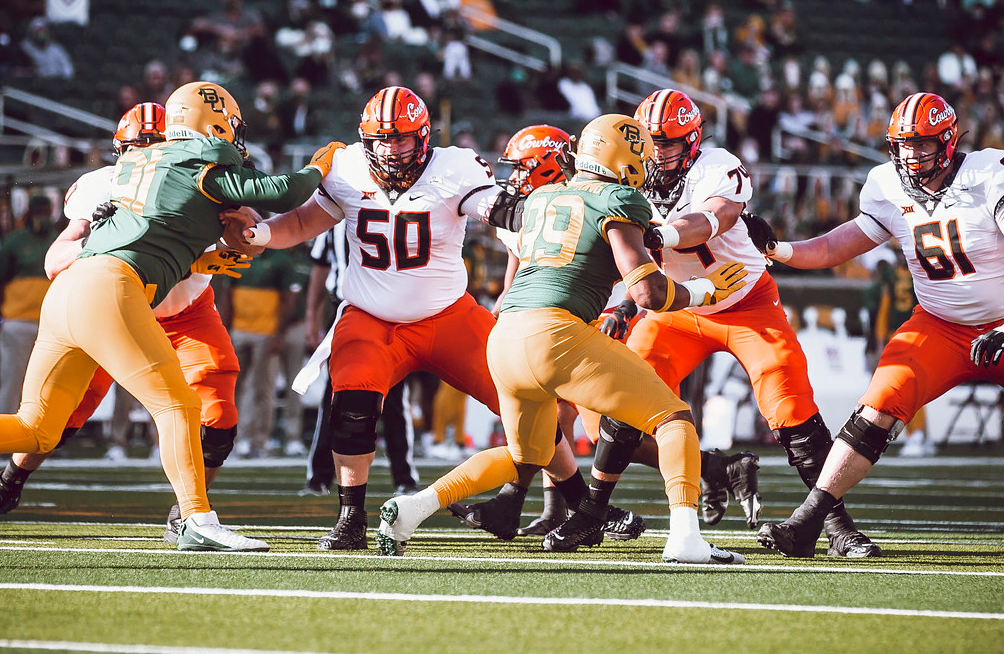 OSU offensive lineman Ry Schneider, a four-year vet who assumed starting duties at center this season and most of last season, announced Friday that he will not return next season and plans to instead begin his focus on the upcoming NFL Draft.

Schneider, a redshirt senior, could have used the NCAA’s extra year of eligibility given to student-athletes as flexibility and relief from the pandemic, but said he’s ready to start the next chapter of his life.

Schneider began his career with the Cowboys as a walk-on and quickly grew into an irreplaceable center piece of the offensive line in short order. After a redshirt season in 2016 he saw action in five games the following year, then saw significant playing time each of the last three seasons.

The loss of Schneider was indeed an expected one that now officially puts OSU offensive line coach Charlie Dickey on the clock to backfill his production with a new starting option at center, arguably the most important spot along the offensive line. Redshirt sophomore Tyrese Williams is a strong candidate to succeed him after playing a bigger role this season, and he has a strong pedigree and experience within the program. Miami (Ohio) graduate transfer Danny Godlevske could also be an option, and it’s possible that his commitment three weeks ago signaled Schneider’s imminent departure.