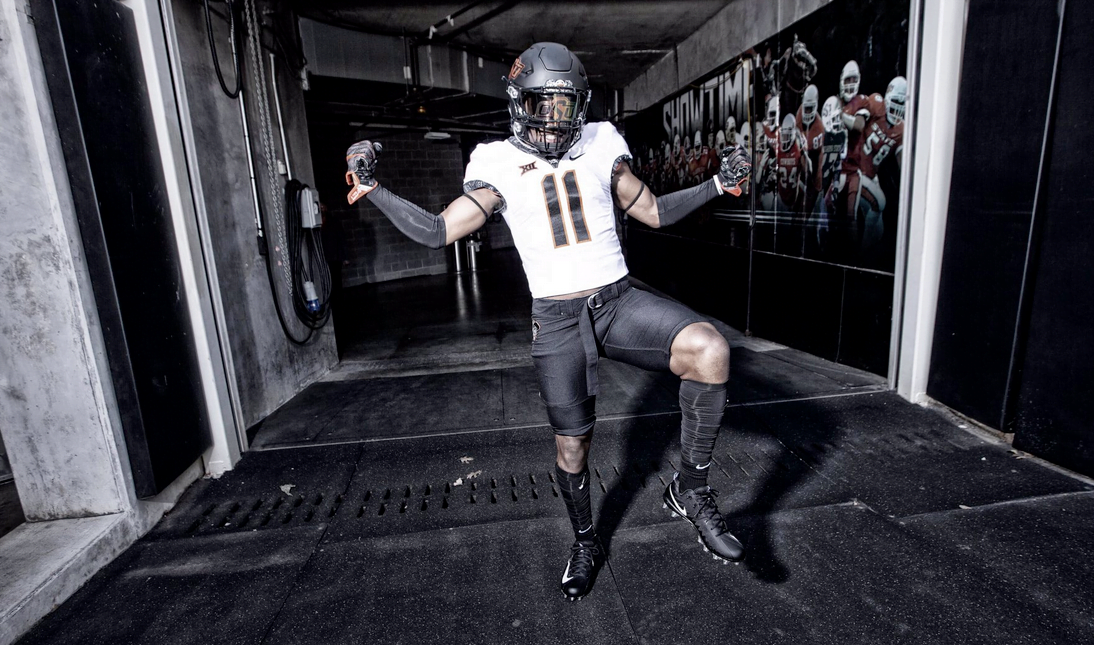 Oklahoma State made the first cut for Texas standout linebacker Jeremiah Harris when he trimmed his options from more than a dozen to eight in late April. On Thursday, he made a cut to the cut down to five, the presumptive final trimming before a decision.

Harris visited OSU on an official basis the weekend of April 21, and he seemed to have quite enjoyed himself, flashing more emojis in his post-visit tweet than Gundy in an offseason worth of peculiar subtweets.

The 6-foot-1, 205 pound Harris — a Shadow Creek High product out of Pearland — holds two dozen offers, so a win for OSU would represent a significant achievement for Jim Knowles and his defensive staff. Harris would also fill a void in the cycle; while OSU has two commitments at linebacker at the moment from Brynden Walker and Cole Thompson, only one — Thompson — is a listed inside-backer like Harris.

OSU can certainly pitch early playing time to Harris along with a close vicinity to his hometown, but perhaps the best pitch is what a former Pearland product already did. Justin Phillips, a Pearland native who attended Pearland High, just wrapped up a successful college career at OSU in which he played 42 games and made 221 tackles, 6.5 sacks, and three interceptions.

Last season at Shadow Creek, Harris earned first-team all-district honors and led the team to a 15-1 record and state runner-up finish in 5a Division II in Texas.