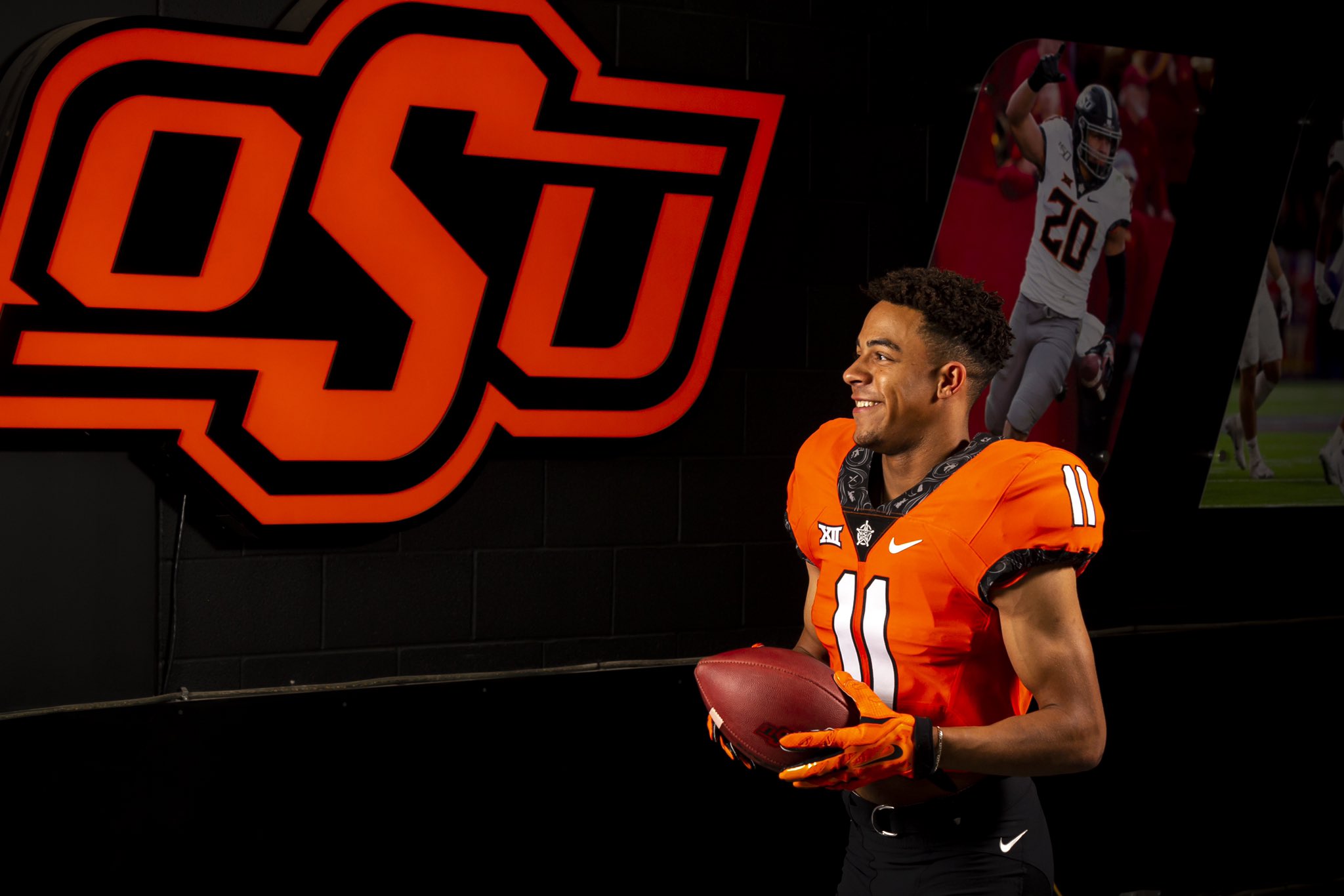 Oklahoma State is a step closer to adding its second elite-level wide receiver for the 2022 cycle.

Whether or not the A&M flagged makes the Aggies a favorite or not is unclear, but the Cowboys’ inclusion this late in the process is a good sign for OSU. Thompson holds an offer sheet of nearly 40 that also includes the likes of Alabama, LSU, Notre Dame and Oklahoma. This latest list means that Alabama, Clemson and Oregon did not make the cut after being included in his Top 6 back in June.

Thompson is ranked as the No. 87 prospect in the class, according to the 247Sports composite system, and the No. 11 receiver and the 15th-ranked recruit out of Texas.

For Spearman, Thompson is a two-sport athlete who plays on the gridiron and the track. He earned a 3A first-team all-state selection from the Texas Sports Writers Association and all-district honors as both a wide receiver and a cornerback. The track star also won the Texas 3A 200-meter title and earned silver in the 100.

247Sports recruiting analyst Gabe Brook pointed to that speed as well as his overall skill and versatility.

Speed manifests on the field. Displays great run-after-catch ability. Shows some slippery functional strength above his weight in those RAC opportunities. Athleticism and ball skills to play receiver, all-purpose back, or cornerback at the Power Five level. Should be considered in the return game early in college. [247]

If the draw to playing closer to home is significant, OSU should not worry. Spearman is located the near border to the Oklahoma panhandle and less than half the distance to Stillwater than it is to either Austin or College Station, about a four-hour drive due East.

OSU currently has 13 commits in its 2022 class which ranks No. 34 nationally and sixth in the Big 12, according to 247. If Thompson were to land in Stillwater, he would be the second-highest rated recruit in the class, behind fellow four-star receiver Talyn Shettron. If Thompson committed to the Pokes today, he would push the Cowboys team recruiting rankings up 12 spots to No. 22.

The duo of Thompson and Shettron — with composite rankings of 0.9677 and 0.9639 — would be the two highest-rated wide receivers to ever sign at OSU not named Dez Bryant. They would also be the Nos. 6 and 7 prospects to land in Stillwater since 247 started ranking such things — and they’d be signing in the same class.