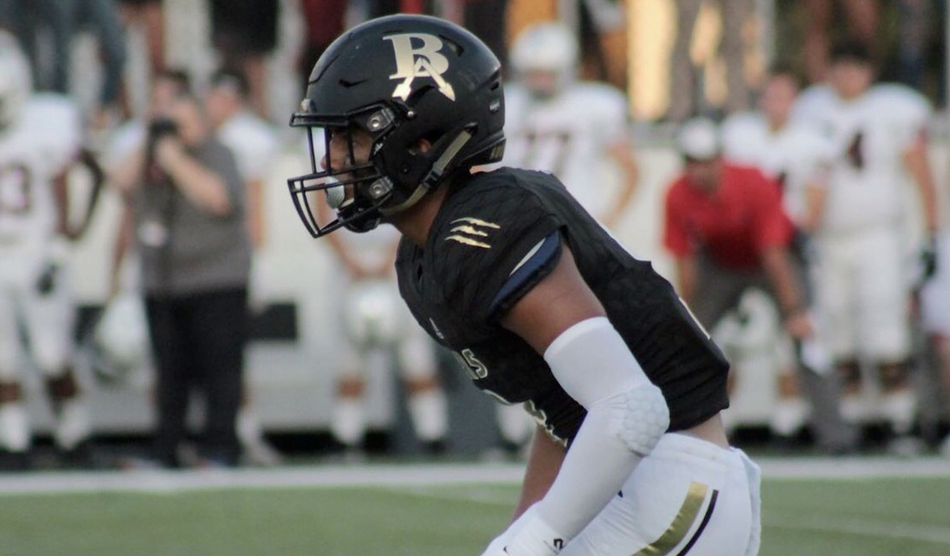 Four-star Broken Arrow defensive back Myles Slusher named a top 10 this week that included OSU, Alabama, TCU, Oregon, LSU and Missouri, to name a few. But it’s the school that didn’t make the list that has everyone talking.

Slusher is viewed by some as the best athlete in the 2020 class, and yet OU, the glaring omission from his list of schools, has yet to offer the 6-foot, 181 pound athlete many believe will play on the back end of a defense as a safety at the next level.

That’s good news for OSU. The Cowboys have been recruiting Slusher for more than two years, and were the third school to make him an offer in early 2018. They’ve since hosted him for numerous unofficial visits, and are seen as a threat to the bluebloods of Alabama and LSU to swipe him and keep him from leaving the state borders for college.

OSU could certainly use him. The current 2020 commitment list is thin with defensive backs with only one, cornerback Jabbar Muhammad, currently pledged to OSU. And a cycle after missing on five-star Booker T. safety Dax Hill, Slusher could be a stellar consolation prize at worst. He’s the No. 14 safety in the 2020 class and the No. 195 prospect overall.

We will see if OSU can close on Slusher amidst recruitments from a handful of big dogs over the coming months, but for now, things appear to be in a good spot between the Pokes and Slusher, and it’s not crazy to think OU’s decision to snub him from an offer could motivate him to prove that staff wrong by becoming a star of the school’s in-state rival.