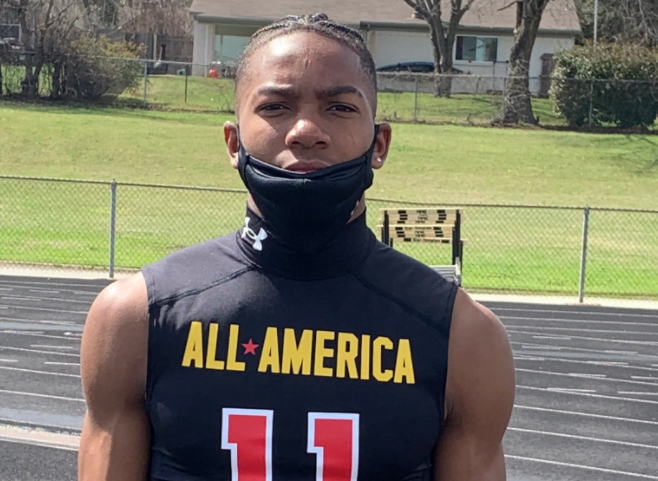 The Cowboys made the cut for a dynamic defensive back and playmaker for the 2022 cycle.

Three-star cornerback Dylahn McKinney whittled his list of preferred schools down to 10 on Friday, and OSU was one of them.

McKinney is a three-star prospect according to 247 Sports, the No. 80 cornerback in the 2022 class and the No. 124 player out of Texas. He hails from Heritage High School in Colleyville, Texas, the same as current OSU defensive end Isreal Isuman-Hundley.

At 6 foot and 175 pounds, McKinney has good size for a Big 12 cover man, and he’s got the speed (he also competes in track), to keep up with the league’s receivers.

But just because he’s swift, doesn’t mean he’s soft. McKinney has a bit of a mean streak to him when he tackle — as his clips below will show — as well as a nose for the football. And he might still be a bit underrated. So pretty much everything OSU is looking for in a DB.

McKinney has been a proven playmaker in the secondary, racking up 13 pass breakups and four interceptions over his sophomore and juniors seasons, helping him earn all-district honors both years.

The Cowboys saw McKinney’s potential early, accounting for his fourth offer back in November but many more schools soon followed, with his number of scholarships reaching 18 this month.

Oklahoma State currently has eight commits for the 2022 cycle so far, and one at cornerback in three-star St. Louis product Cameron Epps.

McKinney has an official visit set for June 9 in Stillwater, followed by a trip to Columbus to visit Missouri on June. 25.

Take a look at his junior season highlights.