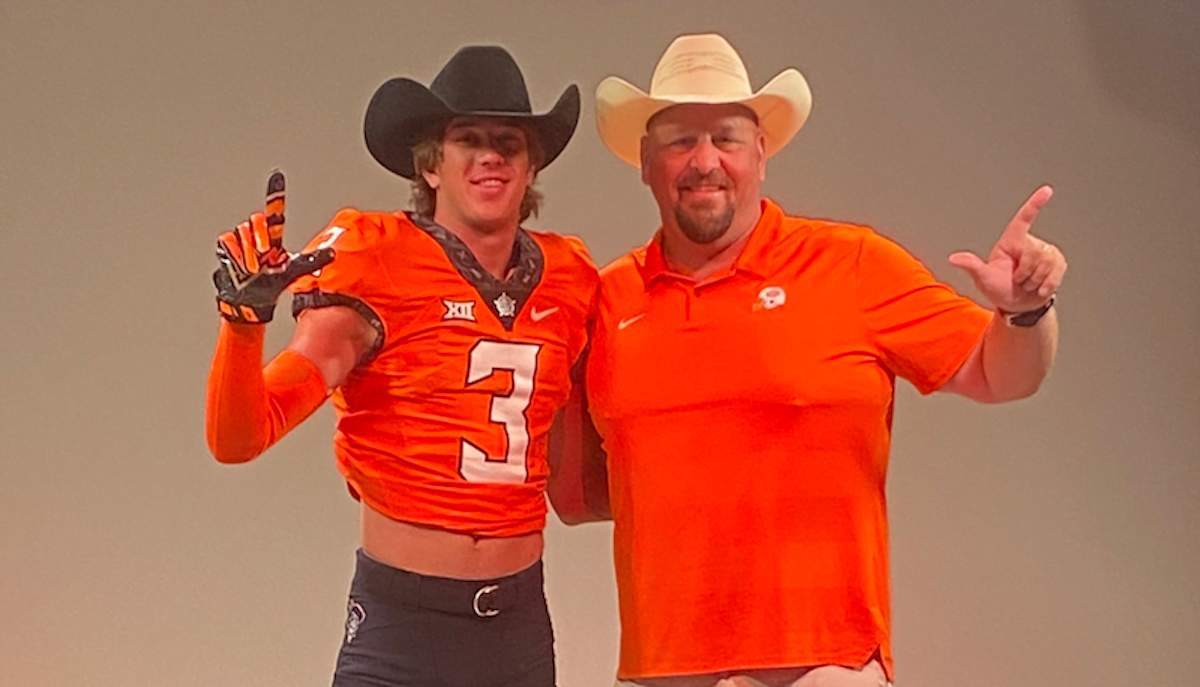 One of the most sought-after receiver prospects in the 2024 class this week whittled down his list from 20-plus schools down to 10 and named Oklahoma State, along with several other schools in the region, among his finalists.

Three-star receiver Parker Livingstone, a three-star from Lovejoy High in Lucas, Texas, named the Pokes in his top 10 along with Texas and Baylor as other Big 12 finalists. Missouri, Mississippi State, Georgia, Arkansas, Oregon, Florida State and Tennessee also made his list. The cut eliminated Houston, Arizona, Cal, Kansas, Louisville, Pitt, Wisconsin and K-State, among others.

Livingstone is a listed 6-foot-3, 185-pound recruit whom OSU offered in the spring of 2022 and subsequently hosted for a visit on campus in June. He ranks as the No. 361 overall prospect in the 247Sports Composite and the No. 51 receiver in the class.

The 2024 class is shaping up to be an important one for OSU at receiver and recent developments suggest OSU’s aggressiveness has it in good position to field a good class. In addition to landing in the top 10 with Livingstone, the Pokes earlier this month landed in the top 11 for four-star WR Gatlin Bair and have already made more than a half-dozen other offers in the cycle including to five-star Texas talent Micah Hudson.