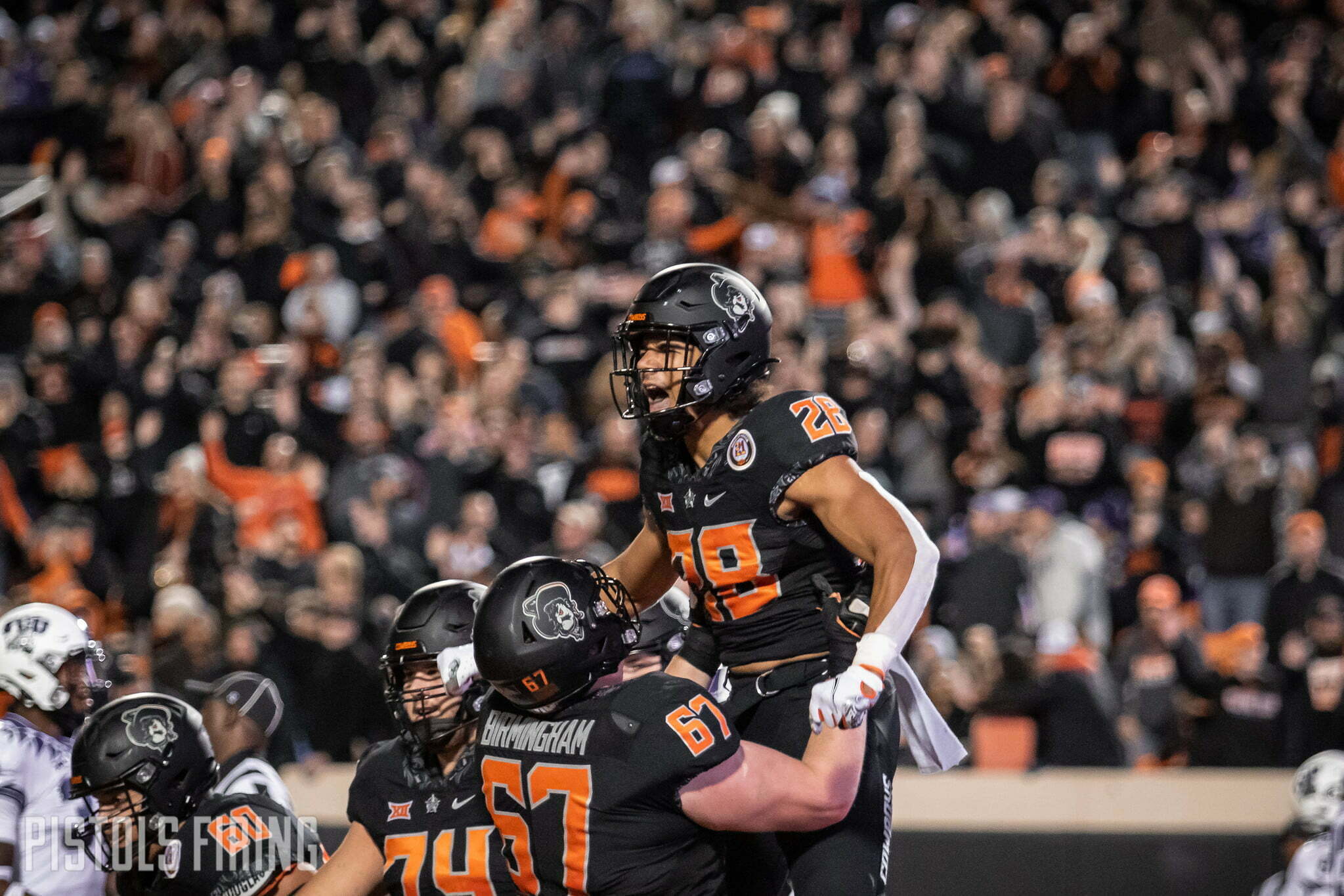 Fresh off of a momentous win over Oklahoma — and thanks to results elsewhere on rivalry weekend — Oklahoma State moved up to No. 5 in the penultimate College Football Playoff rankings from No. 7.

It’s the highest OSU has ever been ranked by the committee and sets up a direct path for the Cowboys to make the playoff when the final rankings drop next weekend.

The Cowboys leapfrogged Notre Dame after the Fighting Irish’s win over a three-win Stanford team. Wisconsin, Notre Dames’ “best” win of the year, fell out of the CFP ranking. The Fighting Irish also has no more games to play without a conference championship.

That means that this weekend’s Big 12 Championship game will provide the Pokes an opportunity for consecutive Top 10 wins as well as the additional data point of hoisting their conference trophy.

This sets up what should be a pretty straight path to the playoff — win and you should be in. But there’s no guarantee.

The teams ahead of the Cowboys have the following matchups remaining.

OSU and Cincy fans should be rooting for a Georgia win over Alabama. Things will get even more nerve-racking if the Crimson Tide wins the SEC and both teams win their leagues. You’d think that the Baylor win compared to the Houston win, and strength of schedule would push the Cowboys above the Bearcats. At this point, all the Cowboys can do is go win a Big 12 title, and try to do so handily.

The final CFP rankings will be released next Sunday, Dec. 5 at 11 a.m. on ESPN, following the results of the conference championship games.