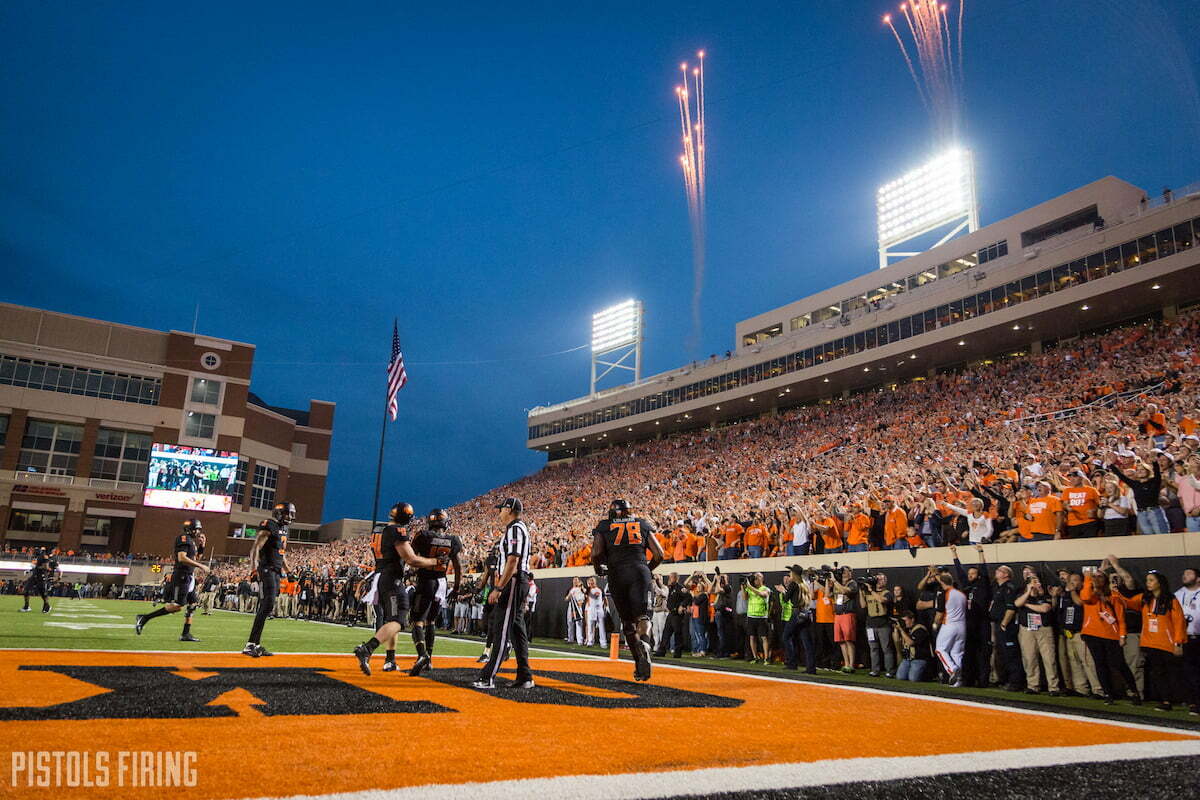 Oklahoma State is No. 19 in the College Football Playoff Rankings headed into the bowl game, which will be determined shortly. It’s the same spot OSU has held down following its loss to Kansas State.

The real drama came earlier on Sunday morning. In a stunning twist of events, the College Football Playoff committee tabbed Alabama — not Big Ten champion Ohio State — as the fourth and final playoff team, despite the Crimson Tide not participating in a championship game on Saturday.

“We went with a one-loss Alabama team, losing in the final game to the No. 7 team in Auburn,” Hocutt explained. “More damaging was the 31-point loss [Ohio State suffered] to Iowa. The selection committee just favored the full body of work from Alabama.”

The full top 25 is now out and, by the looks of it, OSU will face Virginia Tech in the Camping World Bowl, as Notre Dame appears to be headed to the Citrus to face LSU.

Here’s a look at the final rankings.