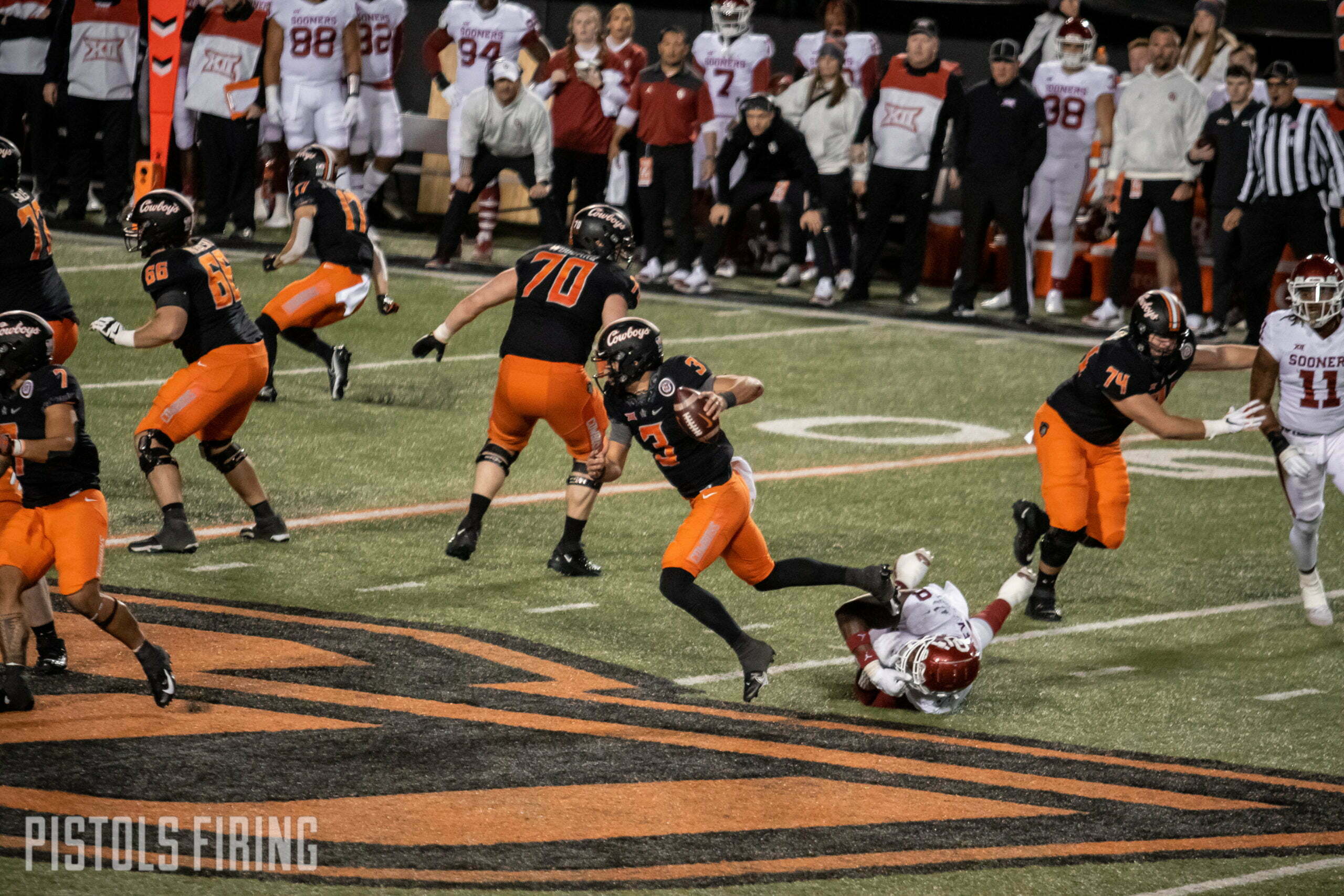 Oklahoma State opened as a 6.5-point favorite over Baylor in next weekend’s Big 12 title game, according to odds from Caesars Sportsbook, a 3-point difference since the last time the Pokes played the Bears earlier this season.

It’s the fourth-largest margin OSU is favored by against a conference opponent this season behind only Kansas, Texas Tech and TCU. OSU was favored by only 3.5 points against Baylor in its first game against the Bears in early October — a game the Pokes won 24-14 in Stillwater.

OSU has covered the spread as a favorite in four of its last five games and the fifth, Saturday’s Bedlam game, was a push, with OSU favored by four points and winning by four points.

The over/under line for the Baylor-OSU game is set at 48.5 to open, meaning the implied total for each team — the projected final score from Vegas — is OSU 27.5, Baylor 21. So the folks out in the desert are expecting a closer contest than the first time these two teams met.

Baylor, though, has been good as an underdog this season, which makes the line particularly interesting. It is 3-1 against the spread on the season when entering the game as an underdog and 3-1 straight up as an underdog. It has won its last three games to earn a spot in the conference title game, with wins over OU, Texas Tech and Kansas State.