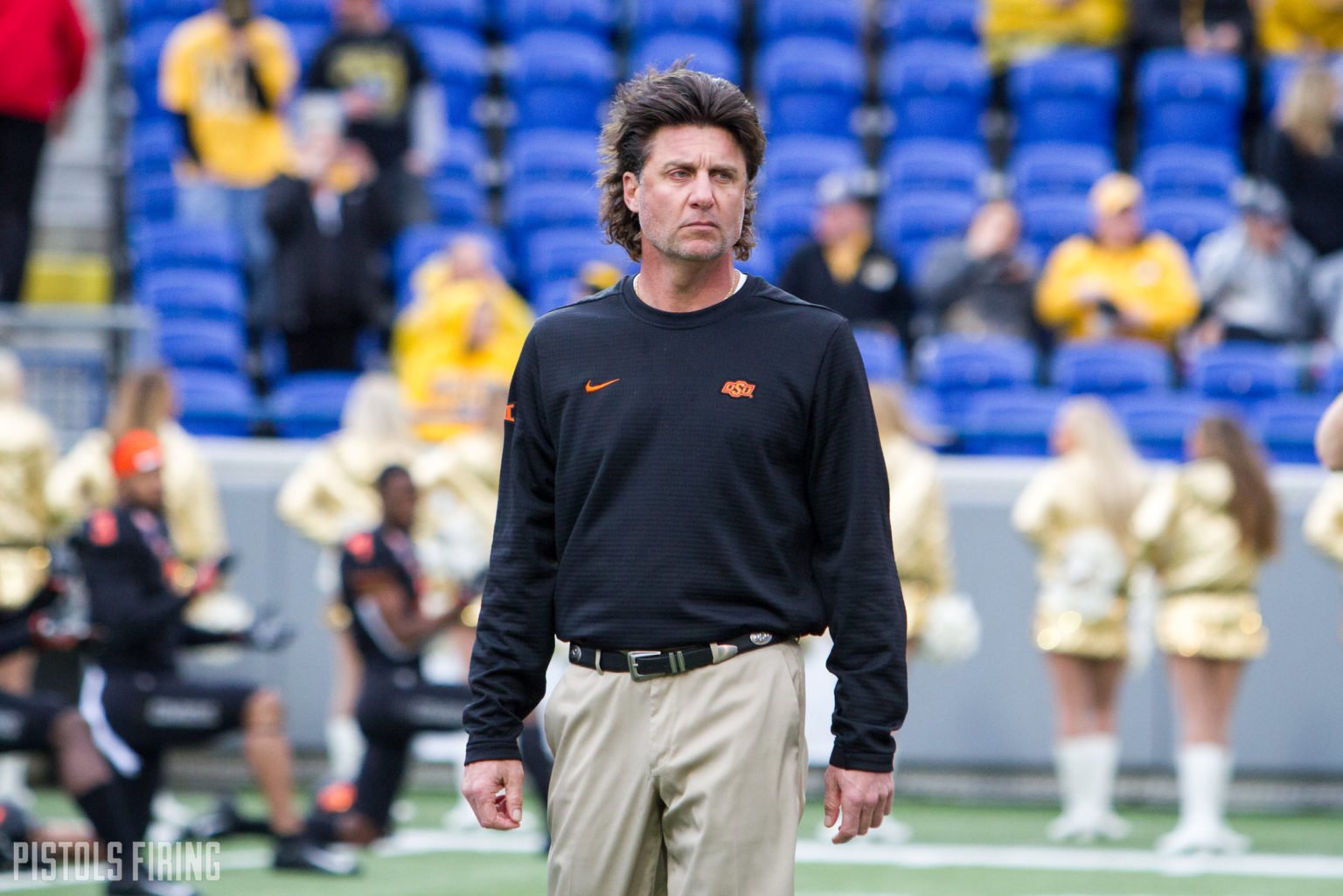 On September 22, 2007, Mike Gundy went on a now-iconic rant in which he defended quarterback Bobby Reid, attacked The Oklahoman’s Jenni Carlson, and staked a claim to fame by stating, “I’m a man, I’m 40!”

In the span of that presser, he established himself as one of the first head coaches to go viral in the still-growing age of social media, and as a players’ coach — someone willing to stick up for his players no matter the blowback faced by fans or by the media.

Over the next three seasons, 10 four-star recruits committed and signed with Oklahoma State as recruiting flourished, culminating in 2011 with a Big 12 championship. Gundy was a hot name with a stellar reputation. He was hip. He danced after big wins. Who did that?

It’s hardly just a steady decline of luck or circumstance or philosophy. At least not entirely. In recent years, Gundy has grown distant as a coach, as OSU’s internal investigation announced Thursday concluded. His relationships with his players didn’t sour as much as they simply did not exist. His trajectory was of a coach who had grown complacent. Complacent in his role as head coach, as a mentor to young students, as a talent evaluator and as a recruiter. The results are undeniable — especially since 2015.

The reputation that he is a players’ coach, earned from that 2007 rant, slowly eroded. 2015 seems to have been when things started to slowly sour. Sources have told PFB that he rarely participated last fall in on-field practices, instead sitting in the birds eye perch and watching from afar. That reputation slowly preceded him.

Maybe that’s why recruiting shifted. Maybe current players knew the situation — that Gundy wasn’t engaged or involved — and future players got that message.

Truth be told, that this investigation is out can be an inflection point similar to Gundy’s epic rant. Mike Holder and Burns Hargis have laid out the path they wish for him to follow. They want him to become more engaged in developing relationships with his players. They want a rejuvenated Mike Gundy like the spry 40-year-old that made headlines in 2007.

He’s not the same coach or same recruiter or, perhaps, even the same person since that event fundamentally shifted OSU football’s trajectory. But if he can win back some of his current players by earning their trust and fostering relationships that had grown distant, it’s hard to see a scenario in which it doesn’t raise OSU’s profile in recruiting, too. A more-engaged Gundy is good for every aspect of the program. Once current players take notice, prospective players should see it, too.