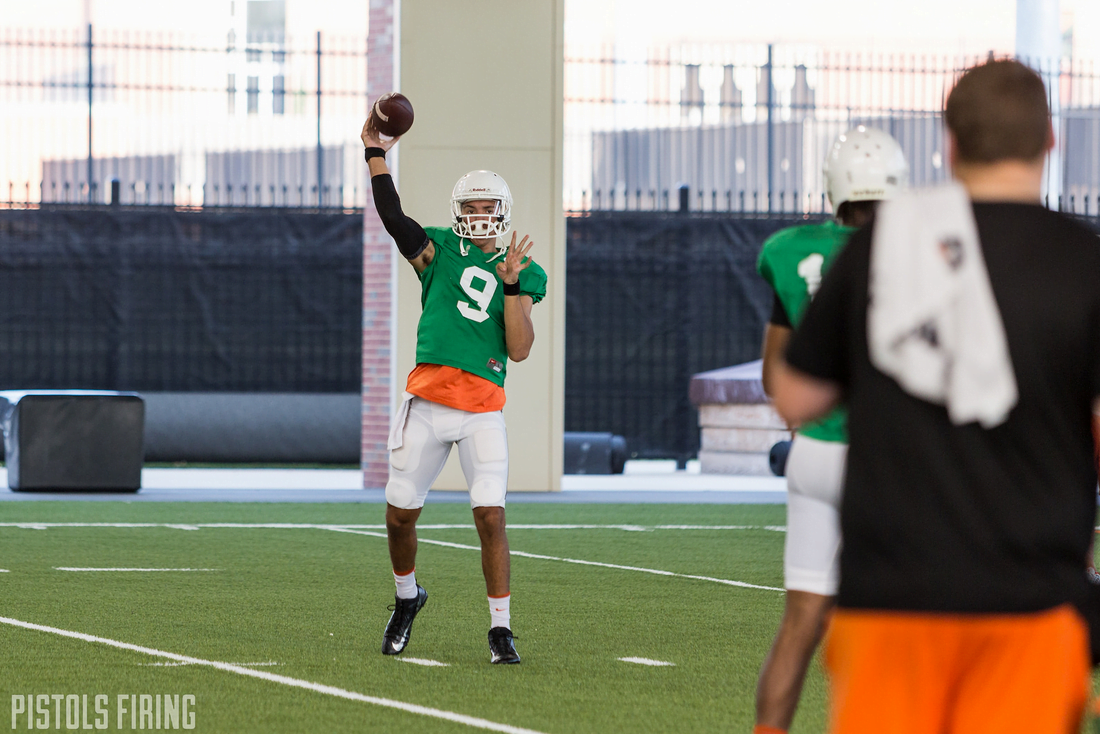 Oklahoma State quarterback John Kolar announced Sunday afternoon he intends to graduate from the university and transfer at the conclusion of the semester, with an eye on playing out his final year of eligibility at a different institution.

“Upon graduation in December, I will be transferring from Oklahoma State to a different university in which I will be pursuing a masters degree while playing out my final year of eligibility,” he said on Twitter. “This was a decision that consisted of countless thoughts and prayers seeking guidance for my family and I to come to this decision. I could not be more thankful to Coach Gundy, Coach Yurcich and staff for everything they have done for me and the opportunities I have been given over the last 4 years.”

Kolar signed with Oklahoma State out of Norman North as part of OSU’s 2015 recruiting class. A four-star prospect, he committed early to the Pokes after the staff extended him an offer. He picked up interest elsewhere, but rebuffed other programs who tried to enter the mix.

The 6-3 quarterback never made an impact on the field despite his highly-touted recruiting profile, however. In four seasons he completed just one pass for 8 yards, and sat at third on the quarterback depth chart for much of his career.