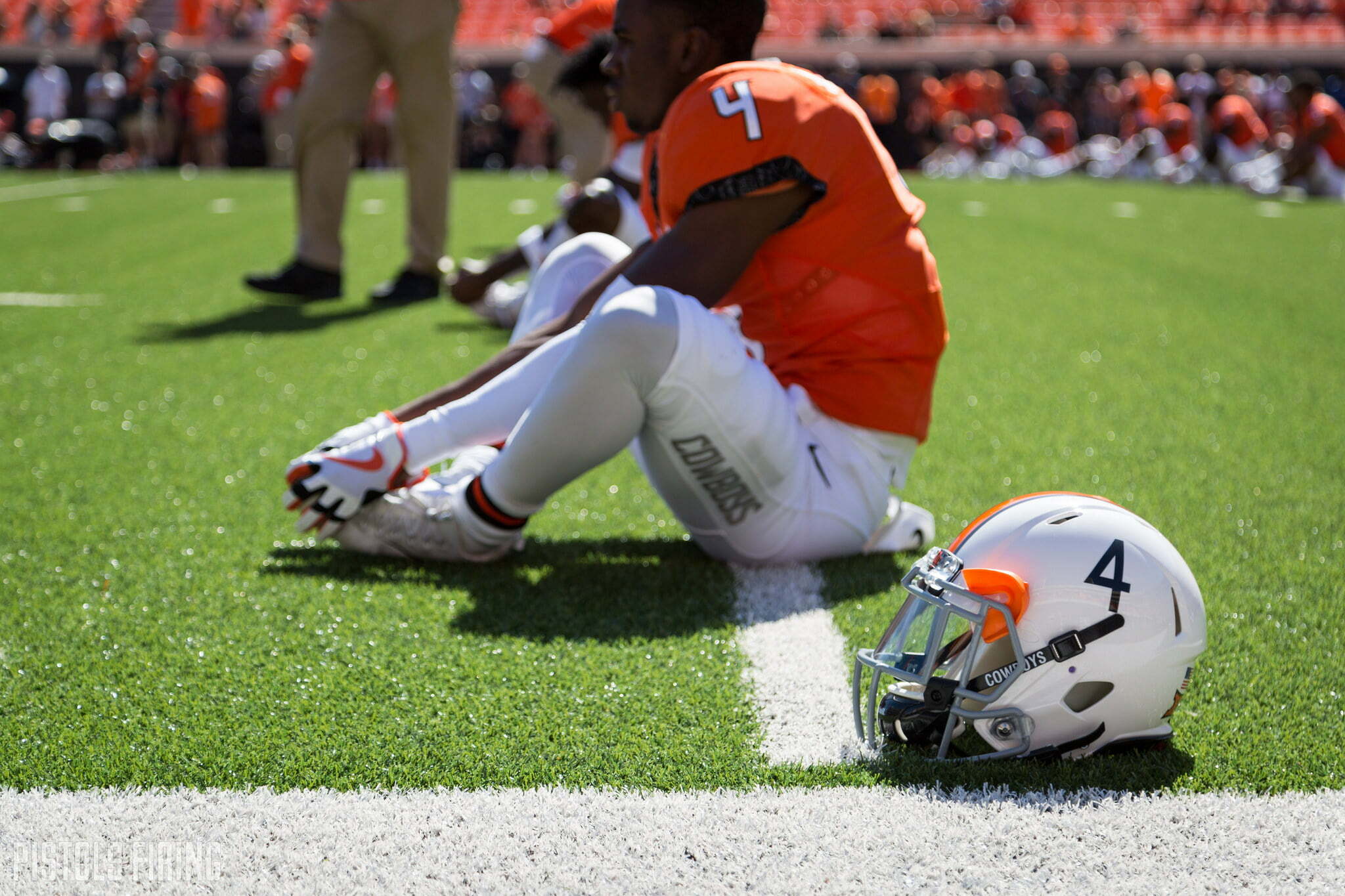 The 2017 college football season is in the books, and we never have to endure another Baker Mayfield Game again. The title game on Monday was a classic — the second half, anyway. But as the confetti fell in Atlanta on Nick Saban’s 93rd championship (approximately), some of us were already thinking about next season.

Every year around this time, various outlets publish their too-early top 25s. These are inane and ridiculous. They’re also quite fun. I looked up all of them to see where Oklahoma State was ranked. There was some … discrepancy.

There’s no doubt that losing Mason Rudolph and wide receiver James Washington will be tough for the Cowboys to overcome. So expectations should be tweaked just somewhat: Oklahoma State isn’t a dark-horse Playoff contender but is definitely a threat to take eight or nine games during the regular season. It won’t always be a smooth ride, however. [USA Today]

We’re putting faith in Mike Gundy’s offensive system with this ranking. Gone are QB Mason Rudolph and WR James Washington, the nation’s top QB/WR combination over the past two seasons. But running back Justice Hill returns and so does wide receiver Jalen McCleskey. The Big 12 is wide open once again and the Cowboys should be near the top of the conference. The biggest question for the Cowboys may be if Gundy’s mullet makes it to the 2018 season. [Yahoo]

The Cowboys have won at least 10 games in four out of the last five years. Hitting the double-digit victory total again in 2018 is a tough assignment for coach Mike Gundy, as the dynamic duo of quarterback Mason Rudolph and receiver James Washington have finished their eligibility. Gundy’s team still returns a good chunk of talent, including running back Justice Hill and receiver Dillon Stoner. [Athlon]

There were some other interesting nuggets. OU in the top five. West Virginia in the top 10 (!). Texas in the top 25 (fool me not once, not twice, but at least 16 times!)

Ultimately I don’t really think OSU will be in the top 25 when the season starts in September, but we’re also a long way from there. Coaches could be fired and hired. Players could transfer. The landscape always changes quickly.

There are innumerable holes to be filled, most notably that gaping, most-productive player in school history-sized one behind center. But much is expected of Mike Gundy and the Oklahoma State program. That’s what happens when you make $5 million a year. The monster has to be fed.