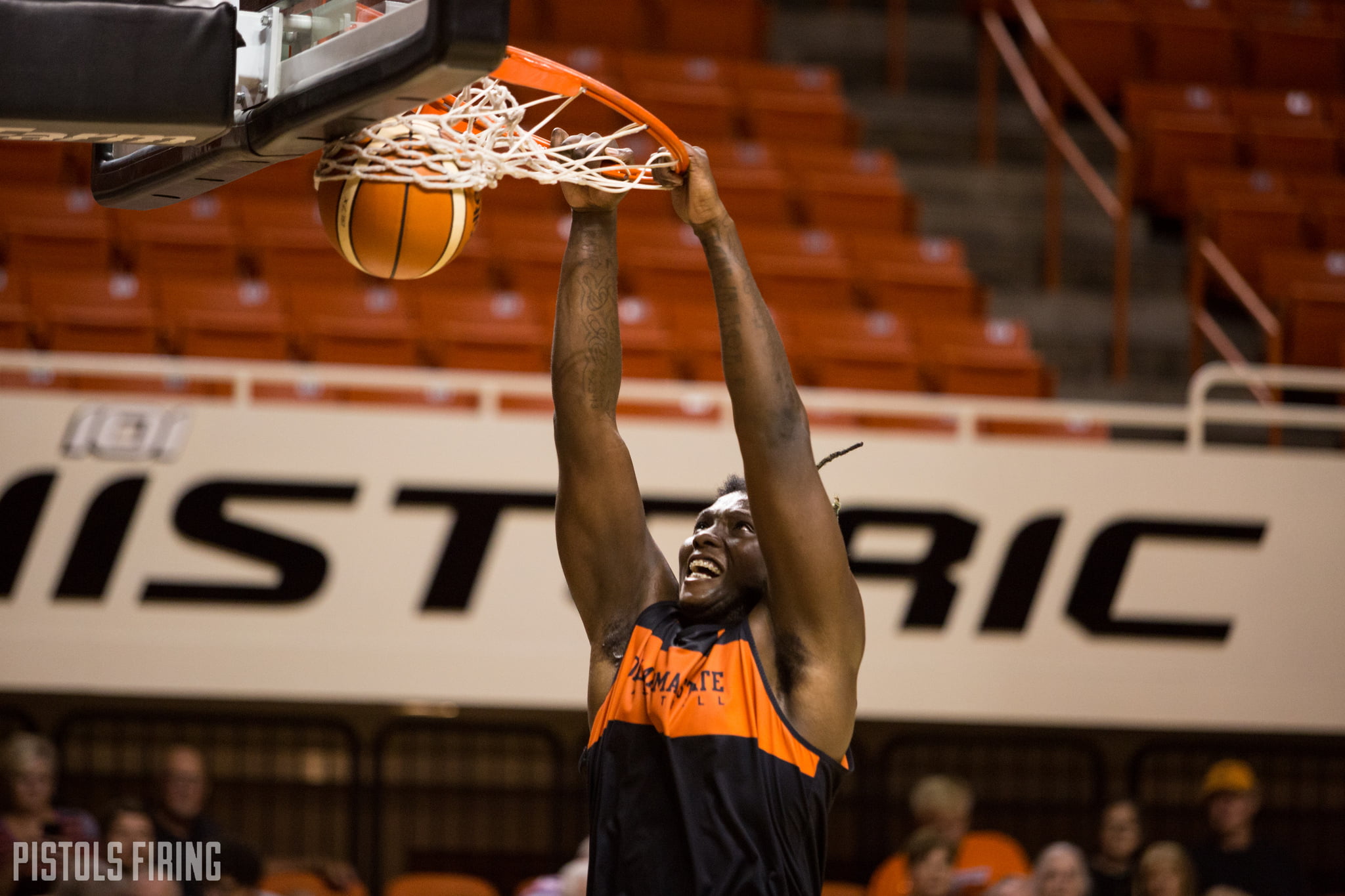 As Oklahoma State looks to put the finishing touches on its 2020-21 roster, size appears to be a priority.

The coaching staff has reportedly reached out to 7-foot transfer Michael Durr about joining the program, per Dushawn London. Durr, a transfer from USF, initially committed to Virginia Tech before decommitting and hearing out other options.

His services are in high demand with OSU joining Indiana, Penn State, Pitt and others among those who have contacted him since reopening his recruitment.

OSU has a reliable starter in Kalib Boone who can play center and a developmental big in Bernard Kouma, but Durr would give OSU surefire size at the position it needs. He has proven he can hang at the Division I level, too, as he’s made starts in 85 games over the last three seasons.

Durr averaged a career-best 8.8 points and 7.9 rebounds per game last season while playing 26.4 minutes per game. He would likely slot in as a 20-minute-per-game type of rotation player who could be OSU’s physical post to complement Kalib Boone.