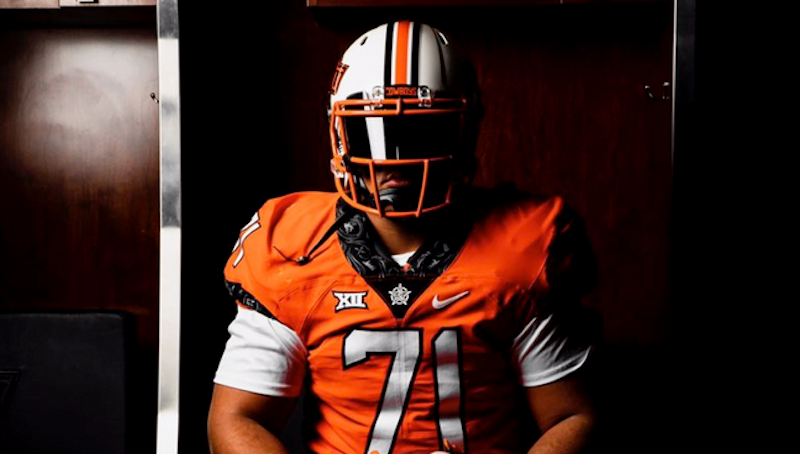 Oklahoma State recruit Aden Kelley, the highest-rated commitment in OSU’s 2021 recruiting class, announced Monday on Twitter that he will participate in the All-American Bowl early next year in San Antonio, Texas. The game is sponsored by Adidas and will air on NBC on Jan. 9.

The list of stars already committed to playing in the game is a lengthy one. Kelley joins eight five-star defensive recruits who have already announced plans to play in the game, among them Korey Foreman, the No. 1 overall prospect in the 2021 recruiting class regardless of position.

Another five-star recruit set to play in the game that OSU fans should familiarize themselves with: Caleb Williams. Williams is a five-star quarterback from Washington, D.C., and is currently committed to OU.