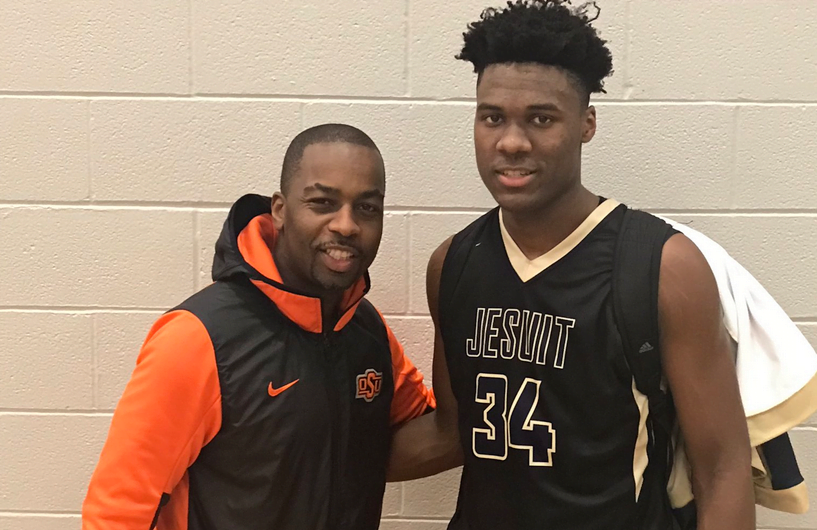 Mike Boynton vs. Brad Underwood hasn’t yet happened on a basketball court, but the two are battling on the recruiting trail.

I wanna thank all the schools that have recruited me thus far, but it’s time to focus on three! pic.twitter.com/0DWSgYH7Oh

Marble, out of Jesuit in Dallas, didn’t sign in the early period, a decision that looks to have paid off for him, as his stock has risen since the turn of the calendar. A power forward, Marble’s major offers include OSU, Illinois, Michigan State, TCU and Boston College. He also has an offer from Travis Ford in Saint Louis, completing the trinity of recent OSU coaches.

Marble’s commitment would move OSU’s 2019 class from 21 to 19 in the national rankings, according to 247Sports.

The Cowboys had two official visitors in this weekend in Christian Brown and Isaiah Todd. Brown is the ninth-highest rated 2019 prospect who has yet to commit, and Todd is the 13th-ranked 2020 prospect, but he is reportedly considering reclassifying to 2019. The Cowboys have two available scholarships for next season’s squad.

If Boynton secured Brown and Marble, the Pokes’ 2019 class would be ranked 12th in the country, according to 247.