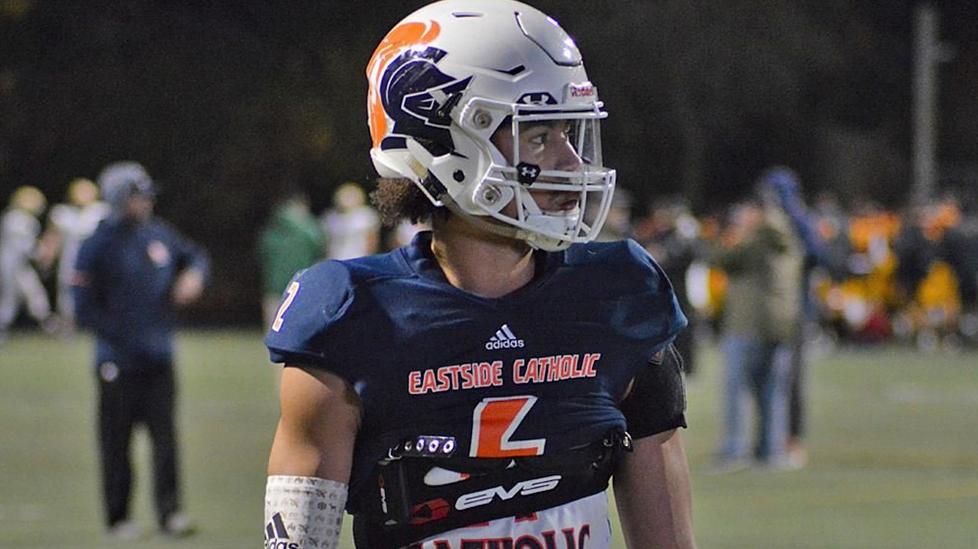 The son of three-time Pro Bowl defensive lineman Sam Adams, Sam Adams II, was offered by Oklahoma State’s coaching staff this week. The younger Adams is a top-250 running back from Washington, ranked by 247Sports’ Composite as a consensus four-star prospect.

Adams has 37 (!) offers in total, so OSU’s offer might have fallen into his lap like a penny in an ocean. Nonetheless, the Adams family has ties to the region; his father played at Texas A&M in the early 90s before a 14-year NFL career with the Seahawks, Ravens, Raiders, Bills, Bengals and Broncos.

The elder Adams has a pedigree that would seemingly indicate his offspring can ball, too. He was a three-time Pro Bowl defensive lineman, and won a Super Bowl in 2000 with Baltimore.

It stands to reason that because of his ties to A&M, the Aggies are the presumptive favorite to land him. But he’ll certainly have his choice; Texas A&M is among the many big programs to offer along with Nebraska, Arizona State, Washington, Ohio State, LSU, Texas, UCLA … you get the picture.

“He’s got great vision and he’s a good athlete,” Adams said of his son recently via Youth1.com. “I’m a little dumbfounded about how he became such a good running back because he for sure didn’t get that from me.

“He is the complete opposite. I would rather tear your head off more than anything,” Adams said. “Sammy is calm and quiet and nice. You would never know that he’s about to get you. All of a sudden he’s running by you and scoring touchdowns.”