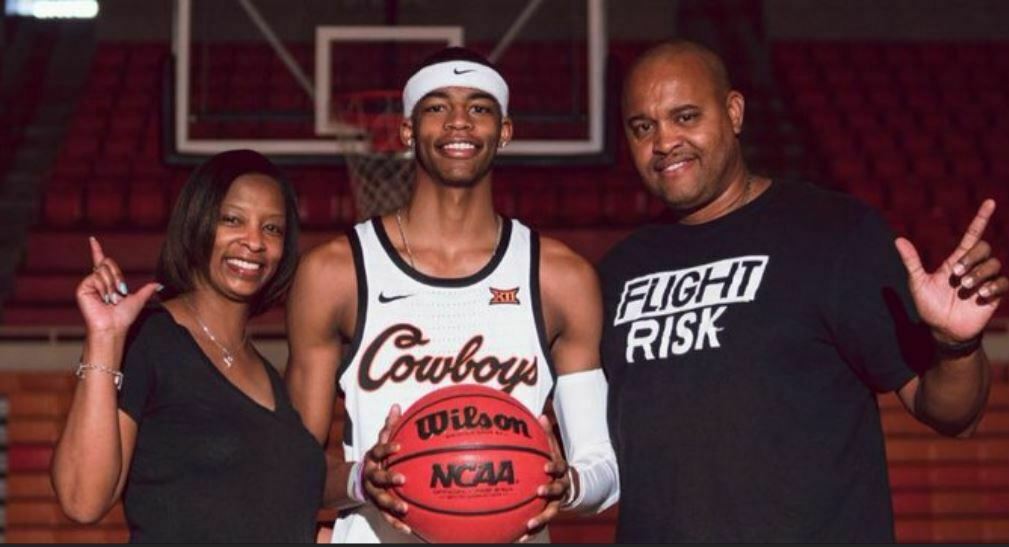 Oklahoma State added to its 2019 recruiting class yesterday morning with a commitment from Justin, Texas combo guard Avery Anderson. I wanted to take a deeper dive into what his commitment means for the Cowboys.

The Cowboys had been the heavy favorite for Anderson for the past several months. During the recruitment process, he and coach Boynton developed a solid relationship and most experts felt it was only a matter of time before the young guard pledged his commitment to OSU.

Anderson had narrowed his focus to five schools on August 8. Along with Oklahoma State, the list included Florida, LSU, TCU and Texas Tech. LSU was a close second to the Pokes due to Anderson’s relationship with assistant coach Tony Benford, but ultimately, Benford was not able to sway Anderson to the bayou.

He’s currently ranked 128th overall according to 247Sports Composite and Rivals.com has him ranked 126th.

During the spring and summer AAU circuit, he averaged 7.9 points, 3.2 assists and 2.5 rebounds for Drive Nation. Last season at Northwest High School, he averaged 16.9 points and 5.0 assists per game while leading his team to the state tournament for the second season in a row. He also received district MVP and All-State recognition.

Anderson is an incredibly talented ball-handler who looks extremely comfortable in pick-and-roll situations. In addition, he shows great speed with the basketball and can get to the rim with ease, and if a defender gives him too much space, he can light it up from distance. On the defensive end, Anderson is very active and does a great job of forcing turnovers. He was very impressive over the spring and summer playing against some of the best competition in the country.

With the Boone twins already committed in the 2019 class, coach Boynton and staff were looking for some added backcourt depth. That’s exactly what they got with the Anderson commitment. Next season, the Cowboys will have the following guards on the roster:

Dziagwa, Jones and Waters will all be seniors, so that leaves Weathers, Likekele and Anderson as the only underclassmen guards on the team. I think the coaching staff made the right decision to go after a ball handler in this 2019 class to solidify the depth chart moving forward.

This commitment boosts the Cowboys into the top-10 nationally in terms of 2019 recruiting classes. With that being said, the excitement level for all OSU fans should be sky high!

On an individual basis, Anderson is the 23rd highest-rated recruit in Oklahoma State history. Pair that with Kalib Boone coming in at No. 20, and you’ve got one of the best recruiting classes Oklahoma State has had in quite some time. Coach Boynton continues to impress on the recruiting trail and he says he’s not done just quite yet.

Today was a good day ?! And for those wondering… We are not done ? yet… ?. #C2E. @OSUMBB #GoPokes pic.twitter.com/G2ySkfF9gw

Here are some of Anderson’s highlights from the recent NBPA Top 100 Camp.