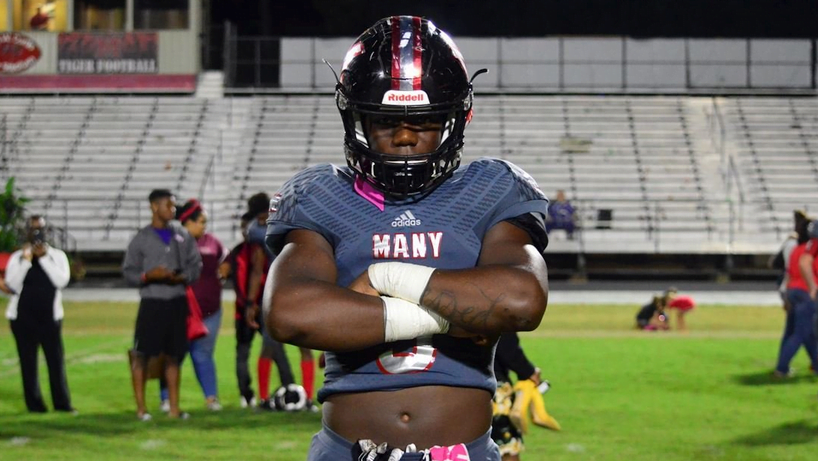 Class of 2019 linebacker prospect Ni’Kendrick Carter, a three-star prospect from Many (La.), says he will play his college ball at Florida International. He committed to the program on Sunday.

It’s the second consecutive recruiting cycle in which the Pokes have seen a defensive recruit once considering OSU flee to FIU. In the 2018 recruiting cycle, OSU was in the mix for — but lost out on — junior college DT star Tayland Humphrey, who also went to FIU. Humphrey’s brother, John Bolding, also spurned his OSU offer for FIU in the 2018 cycle. It’s believed that Humphrey turned down a multitude of high-major opportunities (including OSU) to play alongside his brother.

Carter, a one-time SMU pledge, picked up his OSU offer in late May of 2018. He committed to SMU in the summer, then backed away from his pledge in late October before making the FIU commitment on Sunday. It’s believed that while he did receive an OSU offer earlier this year, at the time of his commitment this weekend it was not a committable offer.

Carter is a listed outside linebacker who also played a little safety and running back in high school; OSU was recruiting him as an outside linebacker. He was a potential third linebacker for OSU in the 2019 cycle to join Kamryn Farrar and Na’Drian Dizadare, but as of now there is no space for him in the class.

Carter intends to sign in December but as of now it may be dependent upon if OSU makes a spot available to him. For now, though, it appears OSU may sit tight with Farrar and Dizadare at linebacker and try to plug holes elsewhere in the class knowing that Carter could be an option down the road.