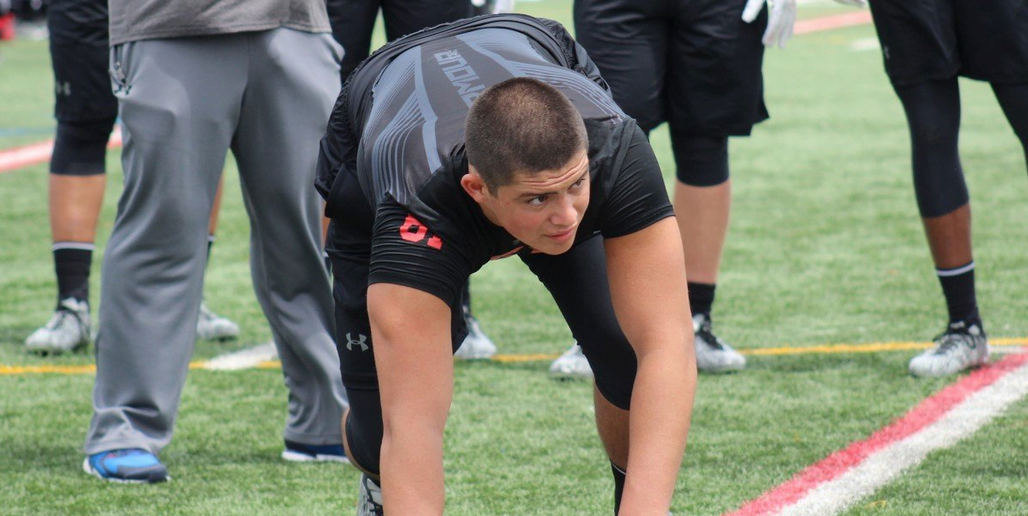 Oklahoma State has entered the race to land the top overall player in the 2020 class by offering five-star defensive end Bryan Bresee on Tuesday.

Bresee is the No. 1 defensive end in his classification, No. 2 overall player in the 247Sports composite rankings, which takes all recruiting sites’ rankings into aggregate, and the top player in Maryland.

Bresee is a 6-5, 290 pound off-the-edge pass rusher from Damascus High School in Damascus, Maryland. He’s been a big recruit since early in 2017, when Maryland recognized his talent with an offer. That spring, Penn State, Tennessee, UNC, Michigan State and a handful of others offered. He quickly earned the No. 1 ranking in the 2020 class.

His recruitment hasn’t much slowed since. In early 2018, LSU, Texas A&M and Auburn offered — then he started his recruitment in earnest with visits to Ann Arbor, to Athens, Georgia, and to Notre Dame. He narrowed his 30+ offers to a final six last November.

Chances of landing him

The chances are slim-to-none. Not only is OSU getting in somewhat late in the process, but it is doing so while also trying to play catch-up with Bama, Clemson, Georgia and Ohio State, a murderer’s row of bluebloods who have already made his final list.

This is definitely a shoot your shot offer, because why not? It’s free pub, it puts OSU into a headline, and it checks a box for OSU’s staff that they offered. In the odd event that he is somehow drawn to OSU over tOSU or any of the other suitors, then it’s worth the next-to-nothing risk of offering in the first place. No downside.