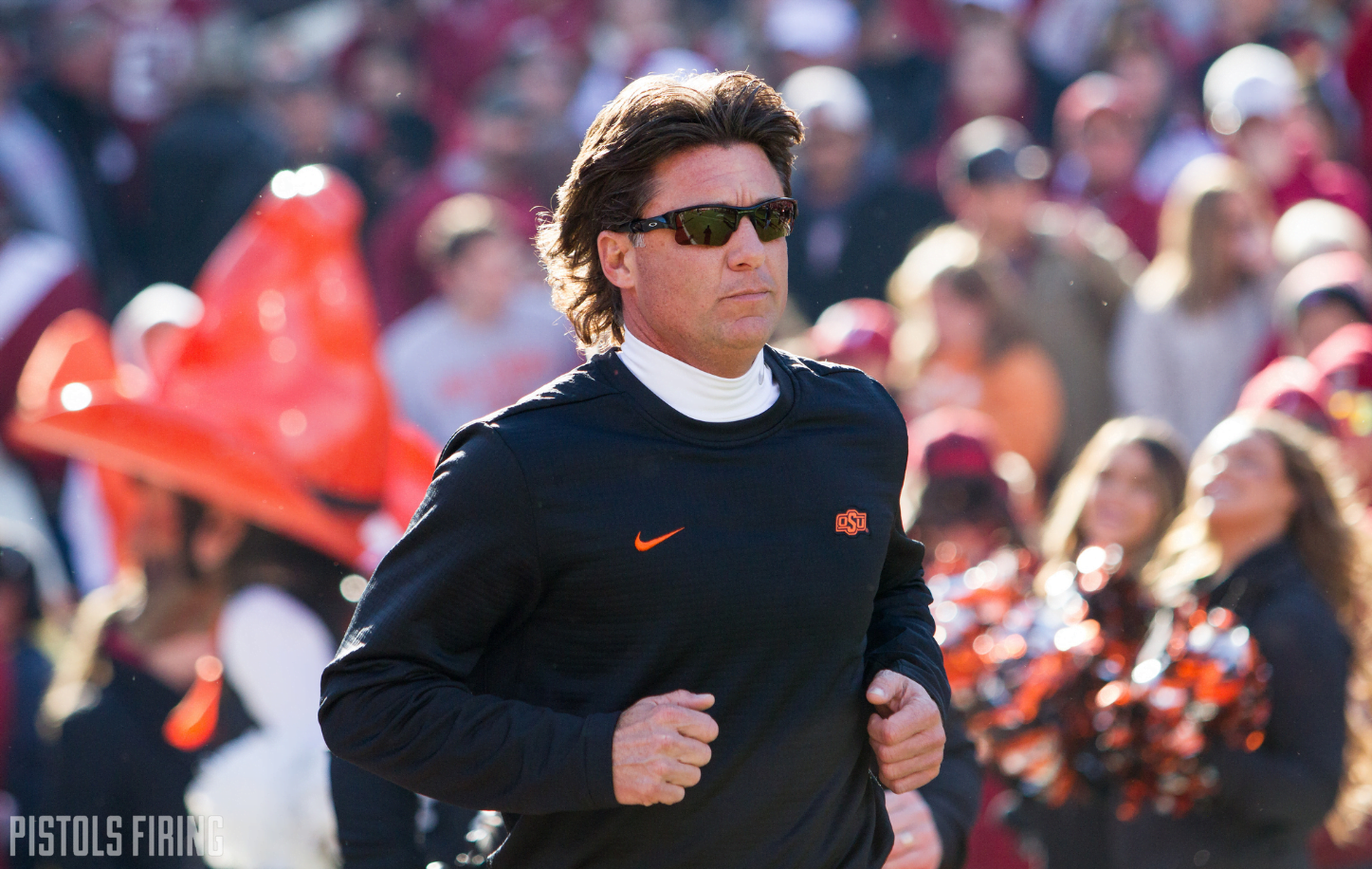 The first day of the early football signing period is Wednesday, Dec. 19, and although it runs through the end of the 21st, most of the action and eyes will be on opening day for OSU as a top target is set to announce and the NLI’s (national letters of intent) are likely to be submitted to OSU by current commitments.

Here are three things to know in advance of the early period.

Oklahoma State is in the thick of things for wide receiver Langston Anderson out of Midlothian, Texas, who Monday was elevated from a three-star prospect in the 247Sports Composite rankings to a four-star prospect.

The Cowboys are competing for Anderson with Baylor and Ole Miss. Dustin Ragusa and I believe it’s likely OSU. If he does indeed pick the Orange and Black during his announcement ceremony, it will give OSU its second-highest ranked commitment of the cycle.

Anderson is committing on Wednesday at 4 p.m. central at Heritage High School in Midlothian. Barring a last-minute bag drop from Ole Miss (they would never!), OSU appears to be in the driver’s seat here.

In 2018, Millwood product Israel Antwine de-committed from OSU and flipped to Colorado the day before signing day to become the second de-commit and flip of the class. In 2017, nine players who were at one time committed to OSU — headlined by now-current OU linebacker Levi Draper — de-committed from the program. In 2016, there were four.

In 2019, however, there have been none. Zilch. Nada. Nobody who has committed to OSU to this point has jumped ship. That’d be the first time since the 2014 class that OSU has gone a full cycle without losing a player to a de-commitment.

I don’t expect any to flip their decision come Wednesday as most appear rock solid with their verbal commitments, but we’re talking about 17- and 18-year-old high school kids. Minds can sometimes flip on a dime for a little extra promise of playing time. Or on a nickel for some likes on Twitter. So don’t be surprised if a current pledge flips a commitment to another program — or, potentially, a recruit committed elsewhere flips to OSU.

It’s rare that a five-star commitment may impact Oklahoma State. And while the commitment of top-5 player Trey Sanders, a running back from IMG Academy, doesn’t impact OSU directly, it does so majorly in an indirect way.

Sanders is expected to pick Bama when he makes his commitment on ESPNU on Wednesday. If he does, it likely — but not certainly — will take the second and potentially final running back scholarship for the Tide in the 2019 class, leaving four-star Deondrick Glass, an OSU target favoring Alabama, with no choice but to look elsewhere.

Glass is considering Georgia, Texas, OSU, Miami and Michigan, and while he won’t announce his commitment until January, Sanders’ pledge may ultimately dictate where he lands.

The Pokes have one commitment at running back in the 2019 class in junior college prospect Dezmon Jackson, but adding a four-year eligible player such as Glass would go a long ways to shoring up the depth that has been mutilated at the position with J.D. King’s recent transfer and Justice Hill’s early declaration for the NFL Draft. So, for the first time ever, OSU fans will be rooting for Nick Saban to pull in a major recruit on Wednesday.