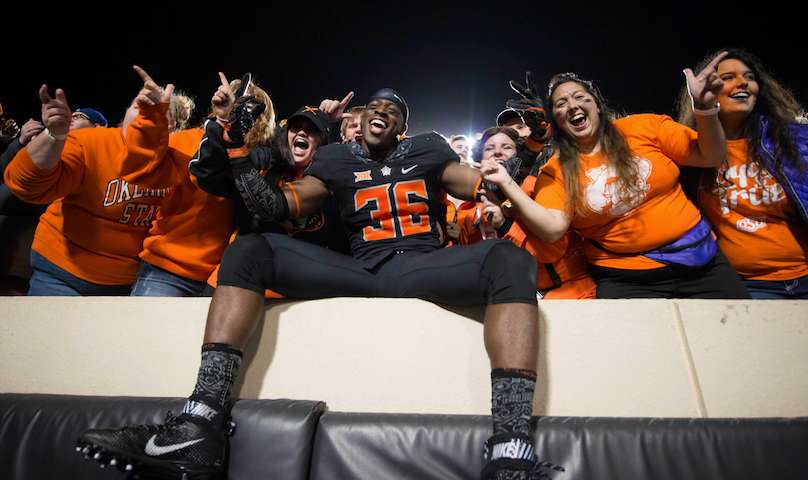 The final nonconference game of the 2018 season for Oklahoma State will be a stripe-out as Boise State comes to Boone Pickens Stadium. It will be the first time since the Pitt game in 2016 that the Cowboys attempt a full striping, the last one resulting in a 45-38 victory.

The athletic department released logistical details of the stadium striping well ahead of the game earlier this month, and it appears it’s much of the same as the last attempt with traditional orange or white colors. You can see what color your section will need to wear by clicking here or by checking the pic below.

If your section is split, you can call the ticket office to confirm the color you’re assigned.

Per an OSU release, the first 7,500 students to arrive at the game will be provided t-shirts courtesy of the athletic department.

The Boise State game will be carried by either ABC, ESPN, ESPN2 or ESPNU and is slated to kick at 2:30.