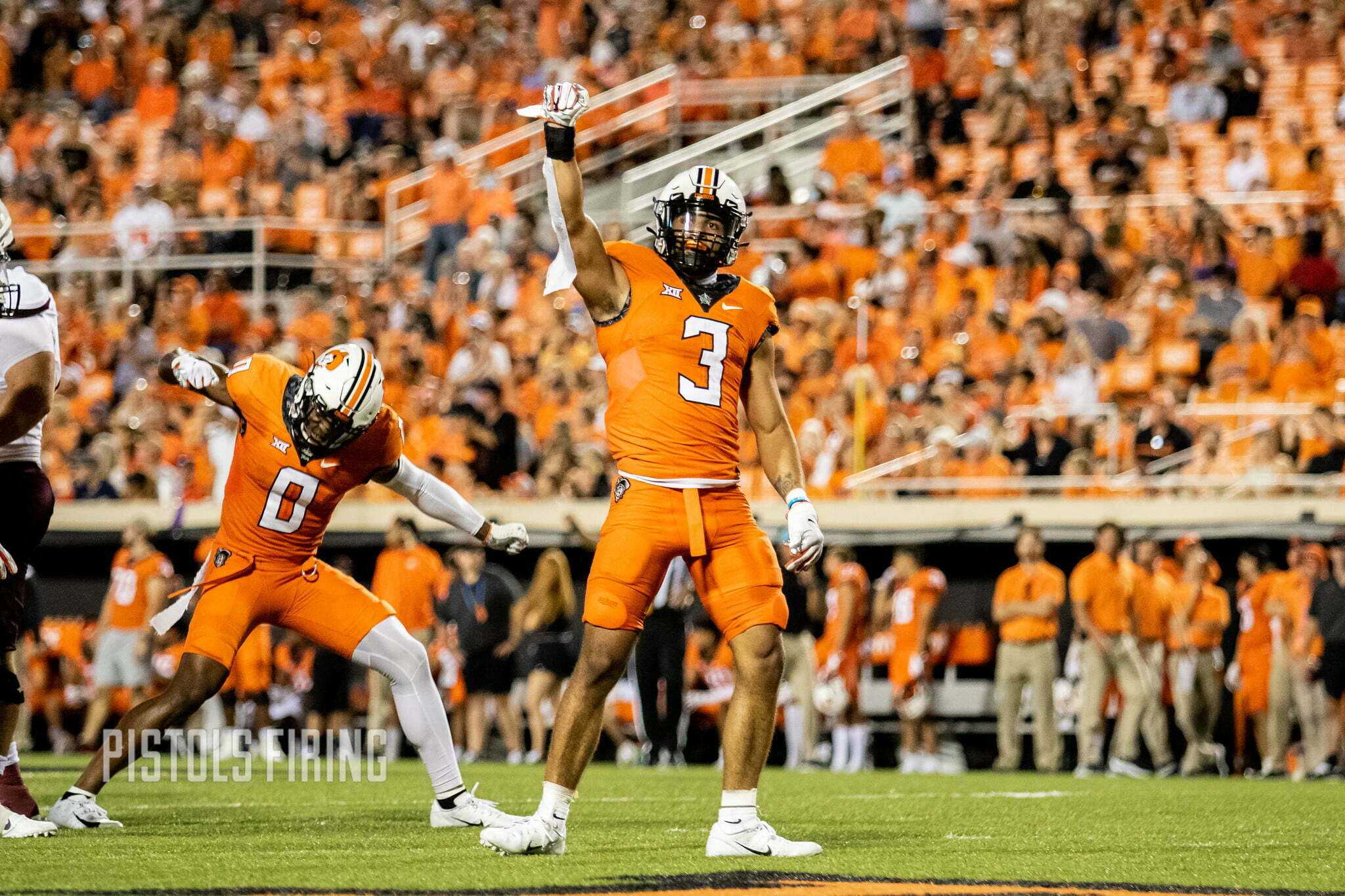 Tre Sterling has played his final game as a Cowboy, and he went out in style.

Shortly after his team’s Fiesta Bowl win over No. 5 Notre Dame, the redshirt senior safety announced his intention to forgo a possible extra year and prepare for the upcoming NFL Draft.

Sterling came to OSU as a three-star prospect out of Sunnyvale, Texas. After a redshirt year and another spent mostly on special teams, Sterling entered 2019 with two career tackles and ended it with an All-Big 12 Honorable Mention. He started 11 games and logged 41 tackles, eight tackles for loss and two interceptions. A year later, he earned the same conference honor and recorded 51 tackles, 12 TFLs and three sacks.

Sterling came into 2021 as one of the expected stars on a veteran defense, but in September he underwent a surgery that was expected to end his season. Sterling was able to return for the Texas Tech game, the Big 12 Championship and then recorded two tackles in the Cowboys’ Fiesta Bowl win on Saturday.