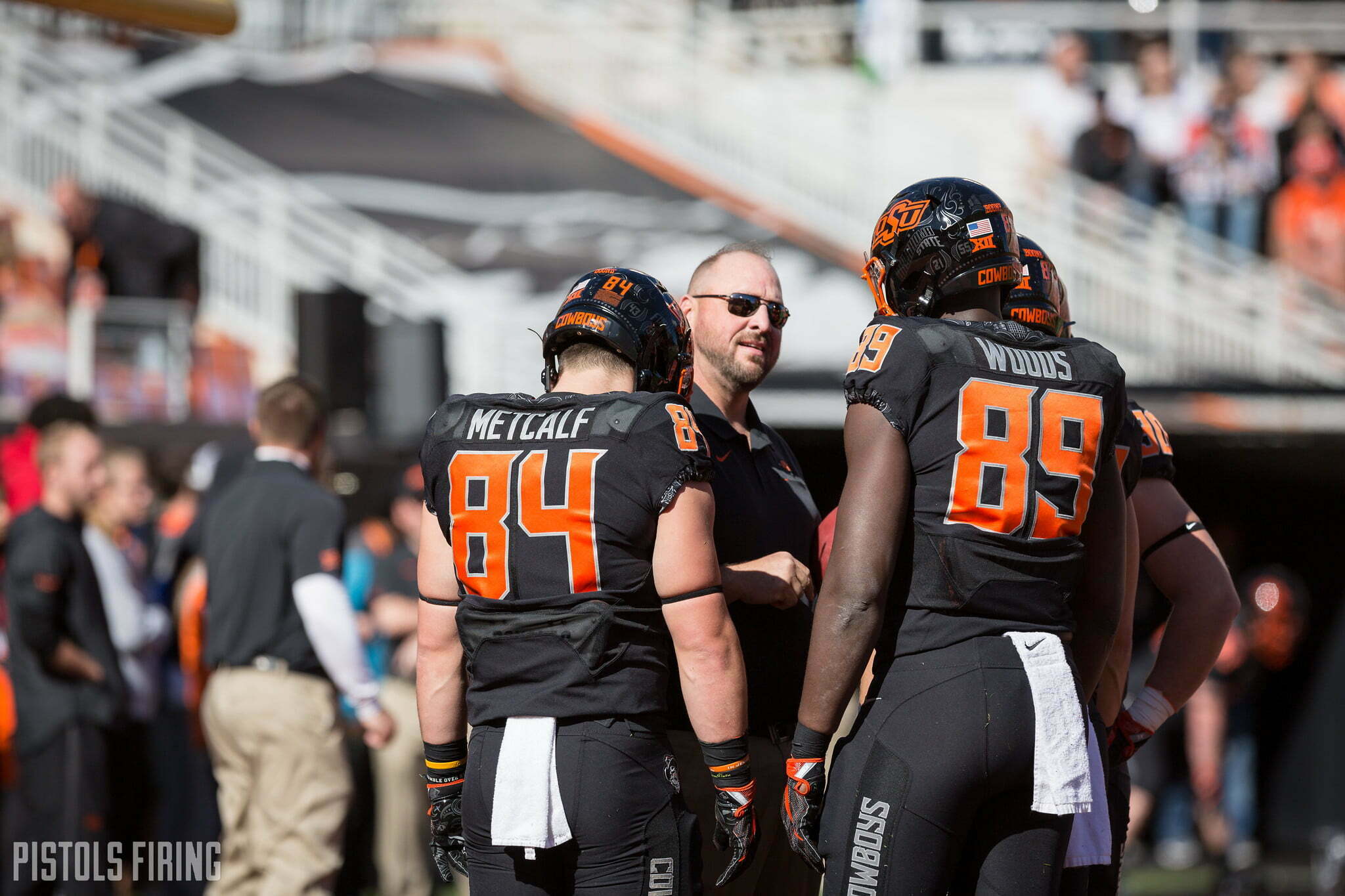 Oklahoma State on Tuesday converted Class of 2021 tight end recruit Austin Jarrard from a target to a verbal commitment, as the 6-foot-4 American River Community College prospect pledged his allegiance to the Cowboys over offers from UCF, Liberty, Texas Tech, Eastern Carolina, Western Kentucky and UAB.

Jarrard is listed as a 230-pound recruit from Sacramento, Calif. He held interest coming out of high school in 2018 but opted to go the junior college route, where he worked his way into a First Team All-Conference performer as a freshman in 2019, catching 26 passes — the third most on his team — for 310 yards receiving. He’s the first (and thus far, only) tight end recruit currently in OSU’s 2021 recruiting class.

The class now consists of 13 total commitments, and Jarrard is the only junior college player to date. He is, however, the fifth pass-catcher of the class, joining wide receivers Bryson Green, Blaine Green, John Paul Richardson and Jaden Bray.

“I would say that I’m better at receiving, but I’m continuing to improve on my blocking because I want to be an all-around just great tight end,” Jarrard recently told Rivals of his game. “Guys like George Kittle, I’ve been watching a lot of his film, and I try to take after what he does. I like to block because I know that’s important, it’s also nice to catch touchdowns here and there, but I just want to be an all-around great tight end.”

Jarrard is expected to graduate next May, putting him on track to arrive on OSU’s campus next summer, where he’ll have two seasons of eligibility remaining.

OSU lost tight end Grayson Boomer to transfer last year, and Logan Carter and Dayton Metcalf, current Cowboy backs, are redshirt seniors, opening up the possibility for Jarrard to come in next year and be an immediate impact player.