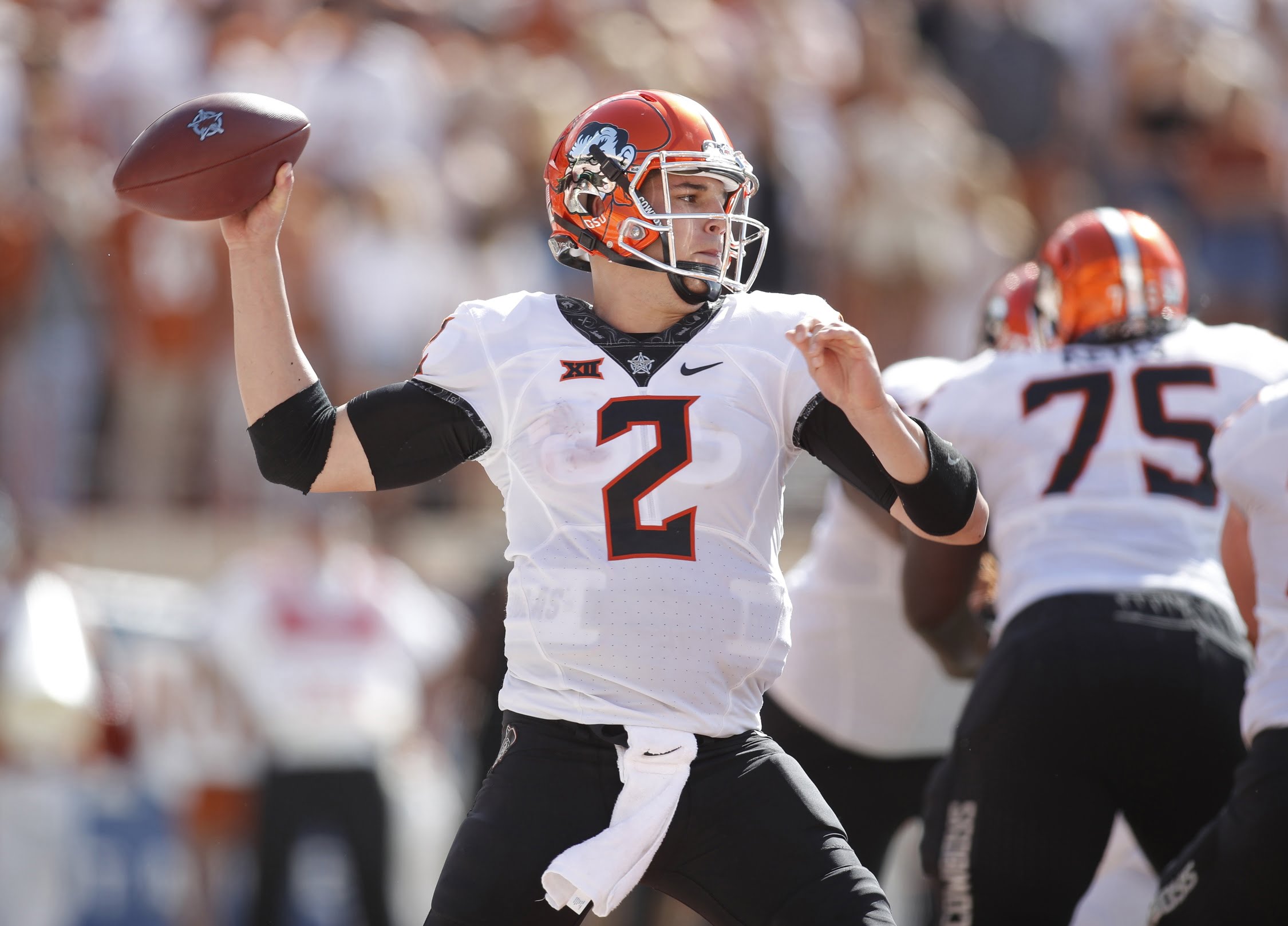 The Cowboys survived an overtime contest in Austin and kept their Big 12 hopes alive. But the ugly showing dented their image of a well-oiled offensive machine, and the polls this week reflected that.

We are still over a week away from the first College Football Playoff rankings and OSU is still right where they want to be — as long as it continues to win.

So let’s take a look at the polls and how this past weekend’s slate of games affected each top 25.

Here is a look at the Coaches Poll.

One week after upset Saturday, college football’s landscape settled back to the norm. Only three teams moved more than three spots and the top six went virtually unchanged in both polls.

The big winner was Notre Dame who now sits at No. 9 according to Associated Press voters. The Irish have just one loss (to No. 3 Georgia) and if Brian Kelly can take care of business, he’ll not only remove his butt from the warm seat, it may end up in the driver seat on the road to spoiling a Big 12 or Pac-12 team’s shot at the playoff.

USC dropped off in both polls after its blowout loss to Notre Dame. Michigan fell from 15 to 25 in the Coaches and completely out of the AP top 25 after being drummed by Penn State and Saquon Barkley’s Heisman campaign.

Oklahoma hangs in the top 10 after its close win in Manhattan and West Virginia survives after flirting with overtime against a win-less Baylor team. TCU throttled Kansas to keep them at No. 4. Iowa State debuted in the AP poll at No. 25 after its 31-13 win over Texas Tech which was ranked two weeks ago before losing to West Virginia.

Side note: When was the last time that three Florida schools were ranked and two of them were directional? And how well did Charlie Strong land on his feet? He’s 7-0 with a ranked team while Texas is 3-4. I love college football.

Here’s a look at OSU in the polls this year.