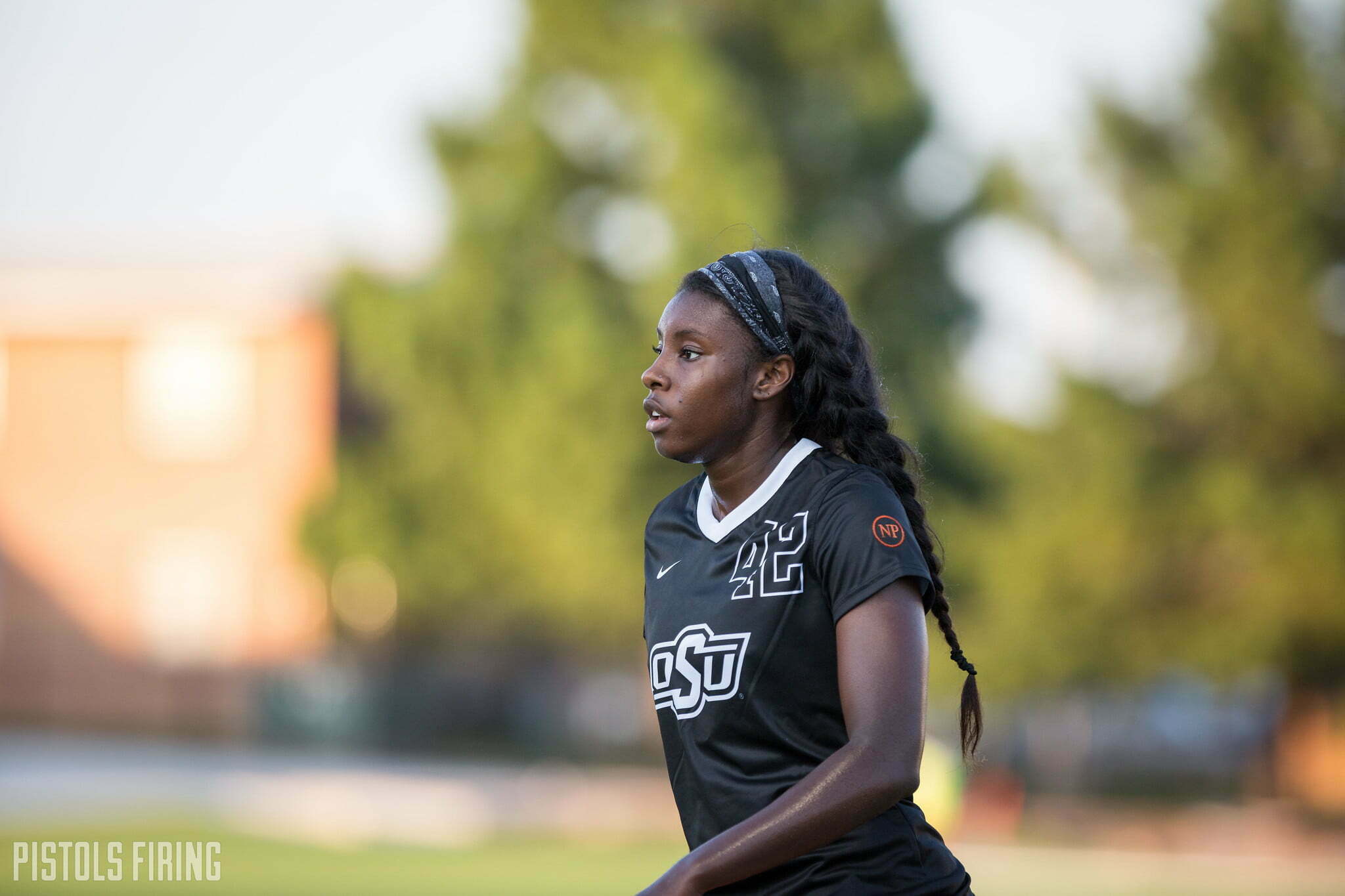 The Cowgirls haven’t lost to the Sooners since Taylor Cornelius was slinging the rock around Boone Pickens Stadium.

The Oklahoma State soccer team started this school year’s Bedlam series off with a victory Friday night in Norman, winning 2-0. The Cowgirls are 5-0-1 against their in-state rival since 2018. The all-time series is now 30-9-3 in the Cowgirls’ favor.

OSU 2-1 on the year after opening the season with a victory against UTSA before falling to Pitt. Thursday’s Bedlam game provided the second career clean sheet for Cowgirl freshman goalkeeper Evie Vitali.

Gabriella Coleman got the scoring started in the 18th minute, redirecting a Grace Yochum pass. It was Coleman’s second goal of her super senior season.

OSU’s other goal game off a superb effort from junior Summer Chaffin. She got a step on her defender outside of the box and put a left-footed shot into the bottom right corner. It was the first goal of Chaffin’s career.

Vitali, who won an open goalkeeper battle to start the season, made three saves on the night.

Thursday night’s match was the first of the season for OSU star forward Olyvia Dowell, who missed the Cowgirls’ opening two matches because of COVID protocol. A junior, Dowell scored 12 goals last season en route to being a First Team All-Big 12 selection. She had two shots Thursday night, neither of which were on goal.

The Cowgirls return home for a game against Wright State at 7 p.m. Sunday and host Stephen F. Austin at 7 p.m. Thursday.