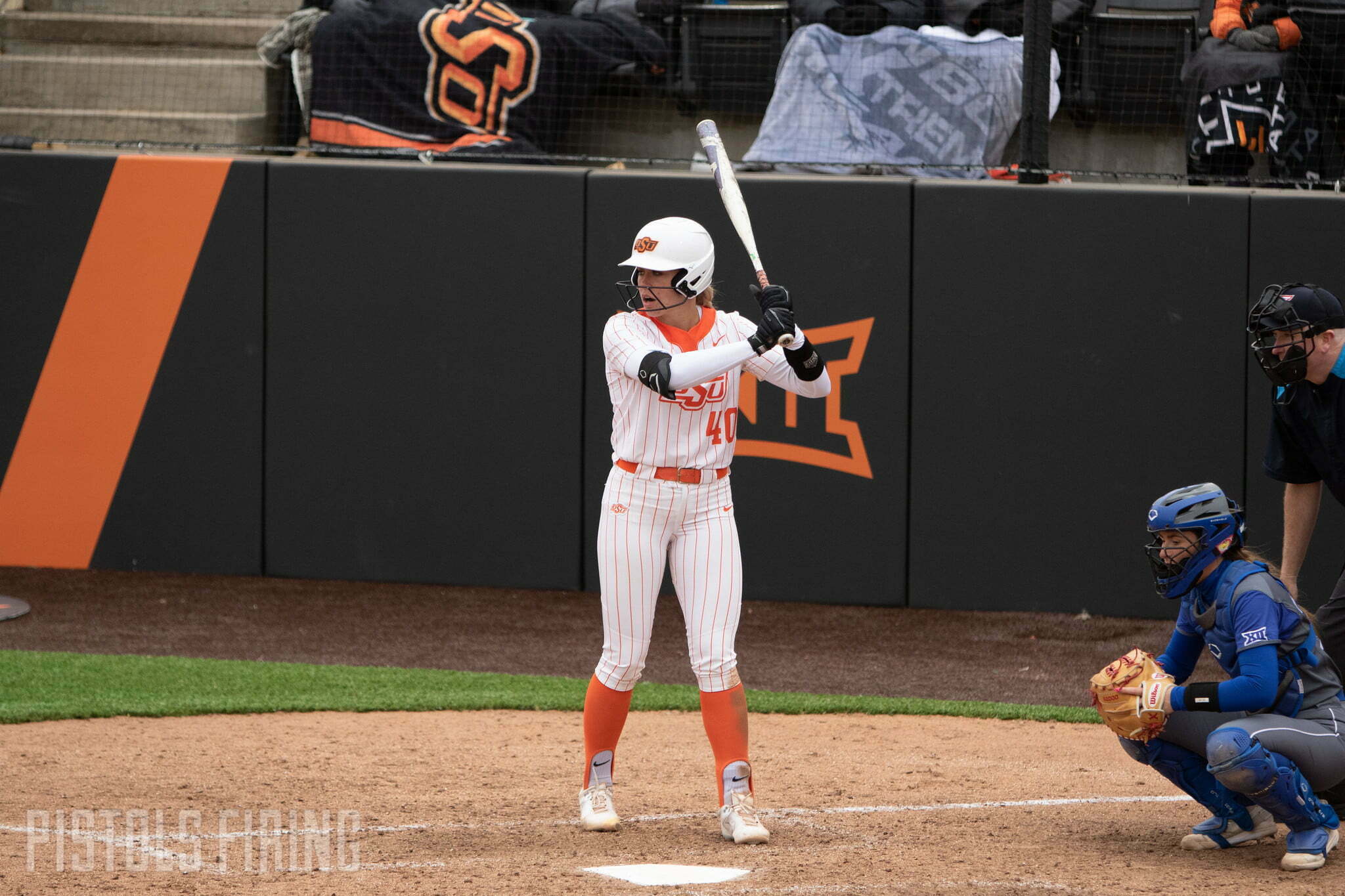 From early on in Saturday’s game, the Cowgirls appeared to battle each other more than they did the Jayhawks.

No. 6 Oklahoma State defeated Kansas 10-2 in five innings for the 11th run-rule victory of the season, the Cowgirls’ third Big 12 sweep and they did it after falling down early.

Kansas’ Oliva Bruno hit a two-run moonshot on the third at-bat of the game, but the Jayhawks didn’t score again. Oklahoma State tied it up in the second and then extended its lead by a run in each of the next two innings before delivering the kill shot in the fifth.

These run-rule victories present a challenge. Where do we start? With the explosive bats that closed the scoreboard or the stingy pitchers that facilitated the blowout? When Miranda Elish is in the circle you don’t have to choose.

Elish moved to 12-4 on the season and pitched her second game of the weekend. She allowed two runs on two hits in five innings but also accounted for two runs herself by way of RBI.

Also, Sydney Pennington is as well-rounded as they come.

Chyenne Factor entered the game as the Cowgirls’ season leader in homeruns, but Pennington, OSU’s career leader in deep balls, tied Factor (and the Jayhawks) with a two-run dinger in the second.

But an inning later, Factor took the crown back from the queen to give the Cowgirls the 3-2 lead.

Factor’s ground out in the fourth sent Julia Cottrill across home plate to pad the lead in the fourth and then the Cowgirls, as if they smelled blood, poured it on in the fifth, adding six runs to facilitate the mercy-rule decision.

And then the walk-off by Elish.

With the win, the Cowgirls move to 34-7 and sit atop the Big 12 with an 11-1 record. Next up, the Cowgirls head to Tulsa for a Wednesday night tilt at 6 p.m. before hosting Texas in a weekend series that starts on Friday.