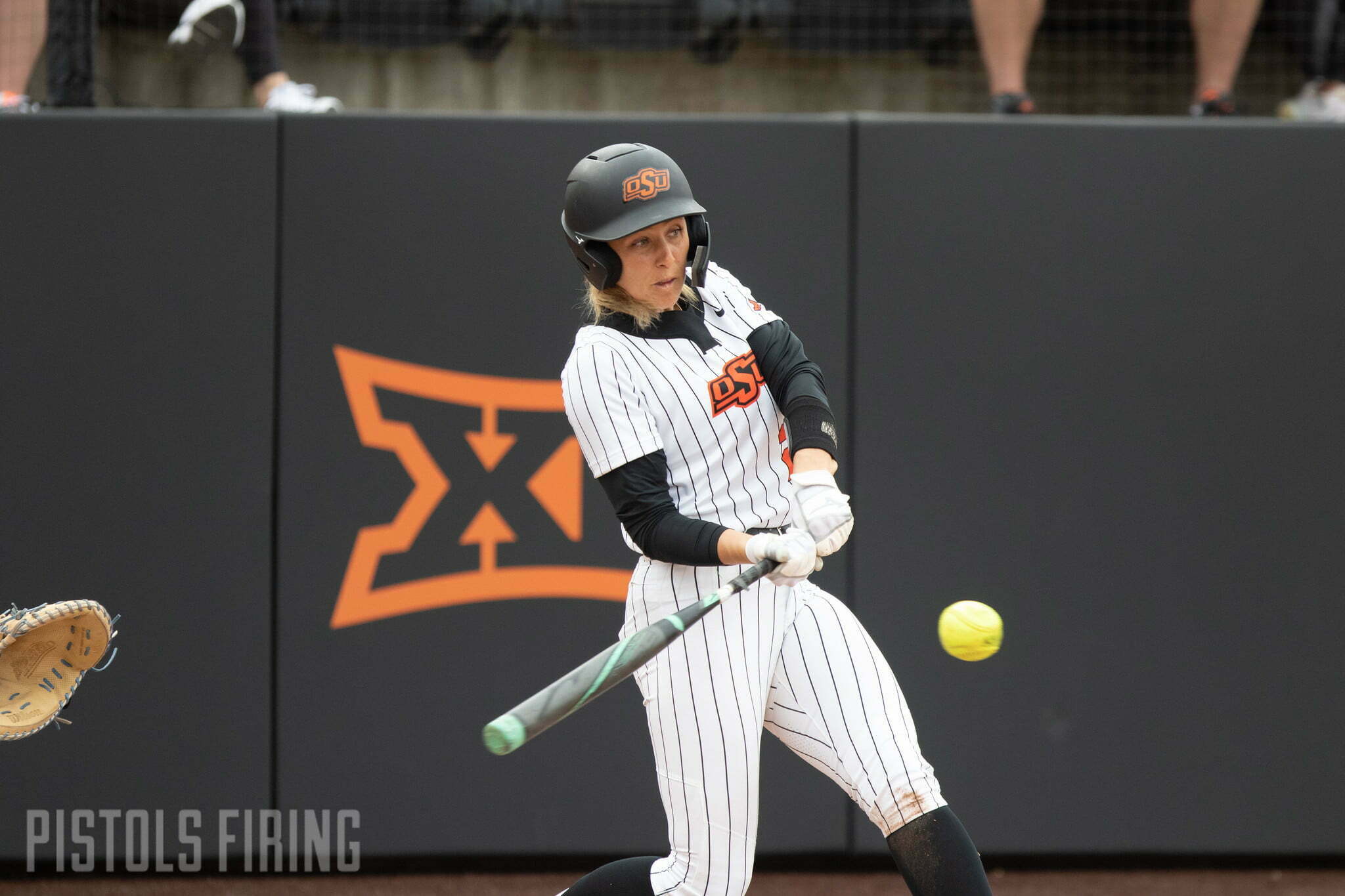 Oklahoma State defeated Texas Tech 9-1 in five innings to secure a series win against the Red Raiders after OSU blasted four home runs in the game. It’s the third time this month the Cowgirls have hit four home runs in a game. The win moves the Cowgirls to 23-6 on the year. They’ve won six in a row and 12 of their past 13.

“Just toughness,” OSU coach Kenny Gajewski said of what has started to click offensively. “Just being aware of some deficiencies that you have and being able to fight that. We’ve been really trying to focus on being in control of our barrel. We’ve been losing the barrel and missing balls and striking out a little too much and popping balls up. We’ve just been really working on barrel path and creating backspin like we should be always doing.”

The Cowgirls’ home runs started in the second inning. After giving up a home run in the top of the frame, transfer pitcher Miranda Elish stepped to the plate and hit a home run to center that bounced off Texas Tech center fielder Peyton Blythe. It was Elish’s second home run of the season and second in as many days. In two games of Big 12 softball this season, Elish is 6-for-6 with three runs scored and three RBIs.

Chyenne Factor was responsible for the next long ball in the third inning. She hit it in a similar spot to Elish’s, but there wasn’t any doubt whether Factor’s ball was getting over the fence. The two-run shot was her ninth home run of the season, a team best.

Then came a scoring onslaught in the fifth. Katelynn Carwile hit a leadoff home run to left-center, her third of the season. A sophomore from Purcell, Carwile is hitting a team-best .435 on the season.

With runners on second and third, OSU’s career leader in home runs stepped to the plate and didn’t disappoint. Sydney Pennington bumped her record up to 42 home runs with a shot to left.

The Cowgirls have seen a major uptick in their offensive output over the past month. In the month of February, OSU averaged 3.6 runs a game. In March, OSU has averaged seven runs a game. Some of that can be attributed to the tough nonconference schedule the Cowgirls had, but things are starting to click offensively.

“We’ve been working on a lot of different things in practice and really just honing in on specific things each day,” Pennington said. “I think we’ve just kind of been able to put everything together here this weekend. We’ve been working really hard offensively, and it’s showing. We’re just trying to get better each day and grow from every at-bat.”

After Kelly Maxwell threw a no-hitter Friday night, Elish continued her impressive stretch of form in the circle. She threw five innings, allowing one run off three hits while walking one and striking out five. In her past six outings, Elish has given up two runs.

OSU has a shot to sweep the Red Raiders on Sunday, with first pitch scheduled for noon in Cowgirl Stadium.