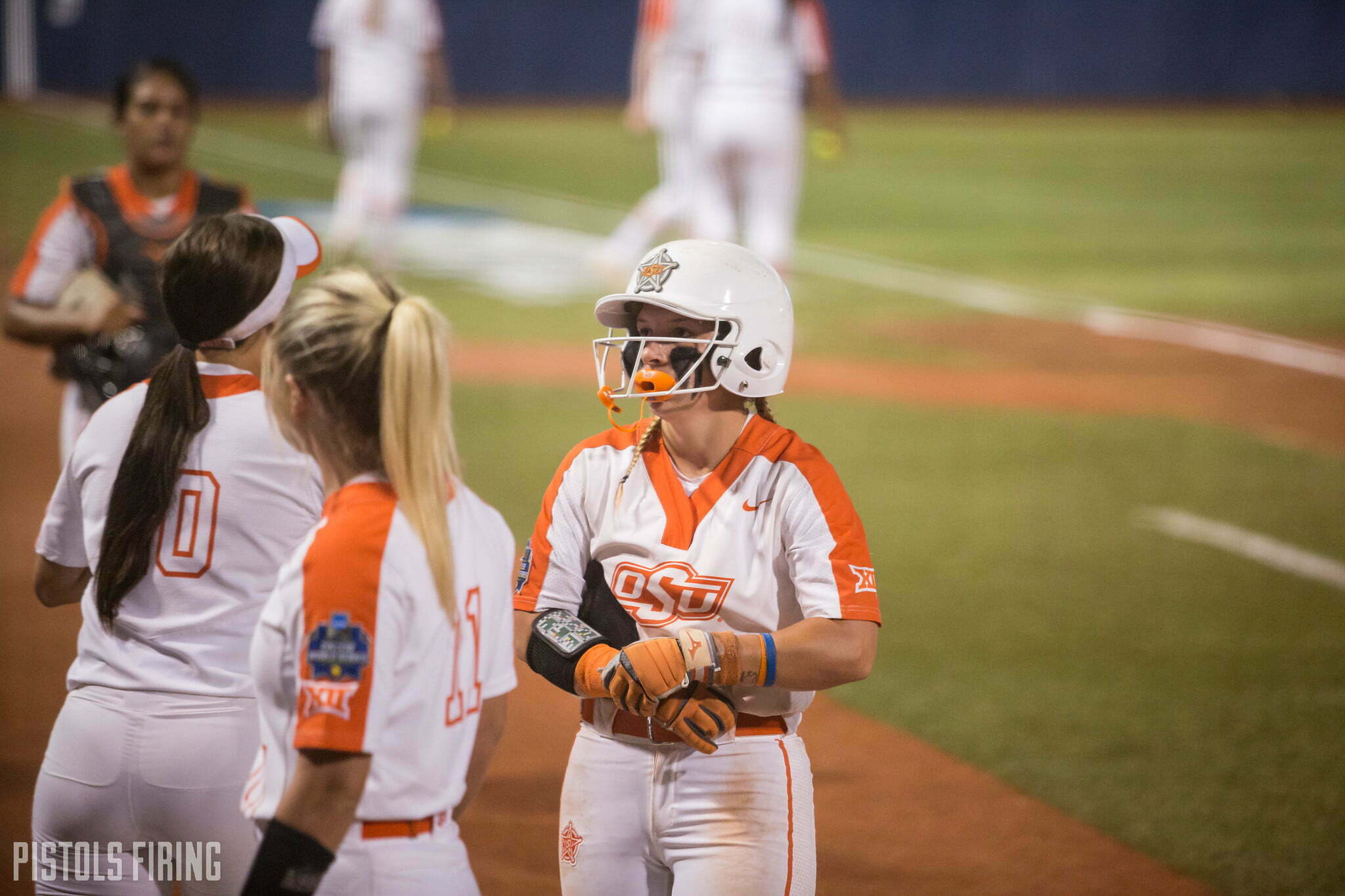 Oklahoma State softball’s season has come to a crushing end.

The Cowgirls lost 1-0 Saturday night in an elimination game at the Women’s College World Series, falling to No. 3 seed Washington and heat-seeking-missile Tarin Alvelo, who doubled as a destructive pitcher for the Huskies to will them on to the next round.

Alvelo struck out the first four Oklahoma State batters of the night, which was simply foreshadowing of a dominant night from the circle for the UW star. Through 15 batters faced, she had accrued 11 strikeouts. By the final out — fittingly, an Alvelo strikeout — she had 16 strikeouts. (16 of the 21 outs recorded by UW came via strikeout!)

The highlights for a game that saw both teams combine to score a total of one run were pretty few and far between, but the best from either side was undeniably one made by OSU freshman Chyenne Factor.

Factor saved a surefire two-run homer from happening in the bottom of the second when she reached her left arm — glove extended — over the fence to bring the ball back into play to end the inning.

Samantha Show stood strong from the circle as she has for much of the postseason for OSU. She allowed just one run, which came in the bottom of the fourth on a two-out single.

Show didn’t provide the run support for herself like she did against Florida when she hit two homeruns, and she didn’t get it elsewhere, either. Senior Madi Sue Montgomery hit a near homerun in the sixth that would have tied the game, but a UW defender tracked it down at the wall, only a few feet shy of carrying over the left field wall.

Montgomery’s near-homer was symbolic of OSU’s night and, ultimately, its World Series run. Like her homer, the Cowgirls were close to advancing, close to living to see another day in Oklahoma City, but not quite close enough.

The Cowgirls end their season with a 45-16 overall record, and while they’ll lose a number of valuable seniors including Show and Montgomery, coach Kenny Gajewski and his staff established a culture this season and since taking over that appear a sustainable base from which to build on for the foreseeable future.

As an ESPN commentator said during the broadcast: This won’t be the last time we’ll see Gajewski and the brightest orange in America striping the stadium in Oklahoma City for the Women’s College World Series. Even with a rebuilt roster or a less-bat-flippy star, that they’ll be back in the not-distant future seems like a near certainty.